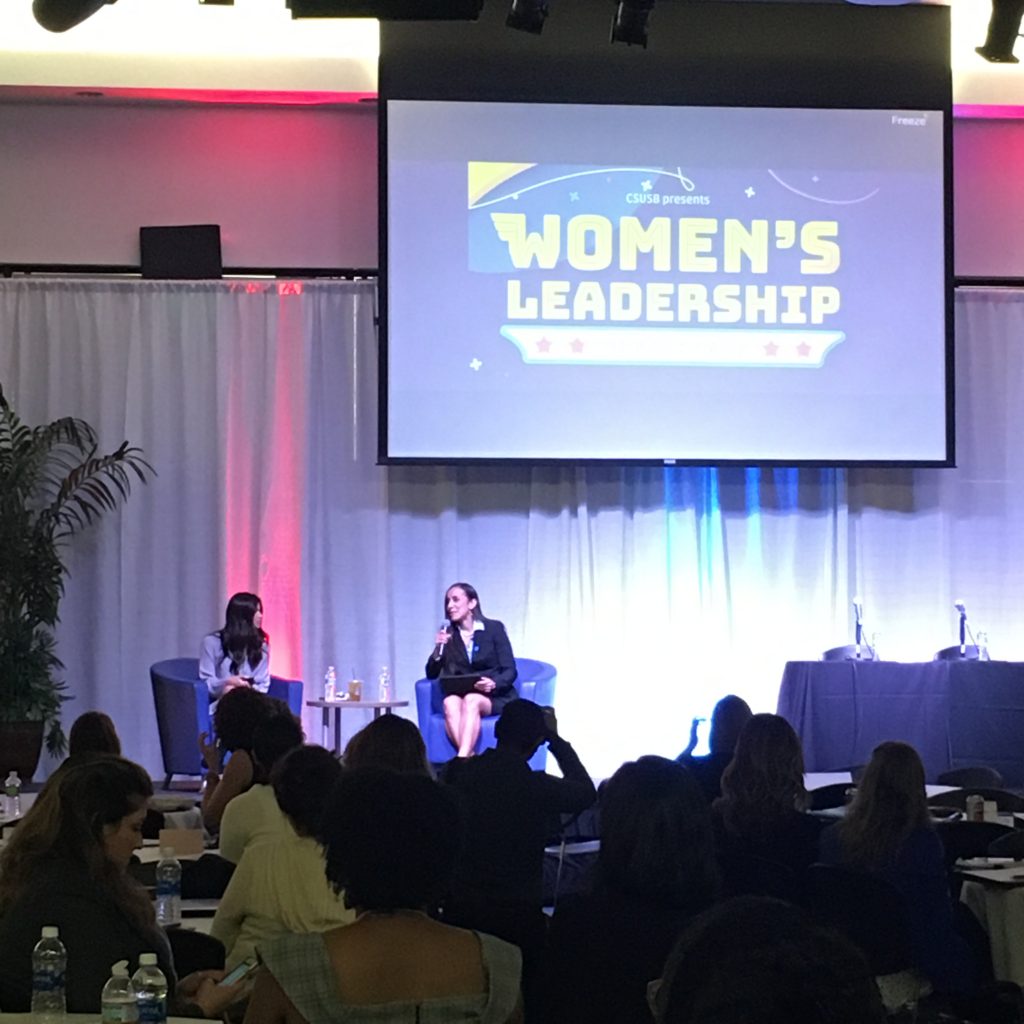 CSUSB hosted the first ever Women’s Leadership Conference open to students, faculty and staff at the SMSU Event Center on Feb. 2.

The conference focused on empowering women to lead by example and to not let stereotypes diminish their success. Guest speakers Marianne Cooper and activist/author Diane Guerrero were part of the full day event with workshop sessions.

About 50 percent of employees on campus are women making a great contribution to the campus.

“They bring to the table extraordinary skill sets,” said Morales, during his opening remarks.

Marianne Cooper, who earned her doctorate degree in sociology from UC Berkeley, is an expert and researcher on issues such as women’s leadership and gender inequality.

“Women are outpacing men, earning more bachelor degrees, yet women remain in the minority,” said Cooper. “There are 195 independent countries and only 11 are led by women.”

Although more women attend universities, only a few end up at the top of company leadership.

“The lack of women at the top is socially created,” said Cooper. 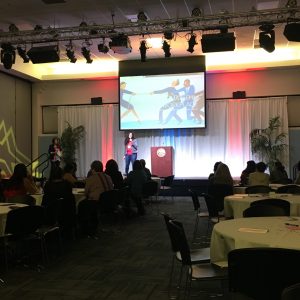 Society stereotypes women to be timid, less physical and less capable of being leaders.

“That is what we as a society expect and believe,” Cooper explained.

Participants attended two different workshop sessions. One workshop was a presentation focused on women being underestimated in the workplace.

Jamie Ayala, who was a newsprint reporter 15 years ago, explained how she was underestimated. She was the only female working for the Sun City newspaper and the only individual working on the weekends.

“They are all male; they don’t have to work the weekends or the night desk,” said Ayala, currently the Communication/Public Affair Specialist. “I really wanted to cover higher education.”

Speaker, activist, author and actress from the hit Netflix show, Orange is the New Black, Diane Guerrero shared her struggles growing up. Her parents got deported, leaving her to grow up on her own.

“I know what it’s like to have fearful parents and fearful families,” said Guerrero.

Guerrero had a responsibility to share her story and empower others to not give up even in the most difficult times.

“I always  had a desire to do this type of work,” said Guerrero. “I had a responsibility to open doors for others.”

Guerrero spoke about the importance of self-care, such as, reading a book, doing facials or helping the community.

She is inspired by her parents and by the individuals she encounters on the daily. Guerrero said, “anybody who is going outside their comfort zone to learn other individuals experiences.”

It’s important to educate oneself to understand and learn about other people’s experiences, because everyone has a story.