In this generation, it’s becoming more difficult to find the person of your dreams.

Most of us are searching for that perfect person we would like to be in a relationship with. We all have an idea of the person that best suits us, but why does it seem like it’s a struggle to end up with that person?

There are a lot of dating apps such as Tinder, Plenty of Fish (POF), eHarmony, and Meet Me that are designed to expedite the dating process. While we have these sites that potentially help us meet our mates, people continue to have a hard time in the game of love.

While, we have access to all of these sites there is no guarantee that someone will find a person that is interested in them. Some people are not able to get a response back after they message someone making it even harder to have an interesting conversation.

Both men and women are having issues finding the right person. It is being said that a lot of people in this new millennium do not take relationships serious anymore and would rather have multiple flings instead of having one significant other. 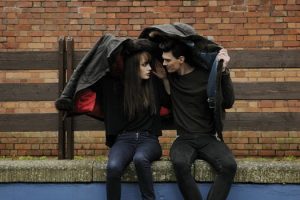 “Some girls will say that they want a nice guy who treats them with respect and gives them attention,” said Joshua Thomas. “When they are given that, they decide to push the guy away and he is left wondering what he did that was so wrong.”

Some men believe that women aren’t sure what it is that they really want. When push comes to shove, they would rather go for the bad boy instead of the guy with morals.

“I believe that some girls like the idea of a nice guy, but would rather be with a bad boy instead,” said Michael Moore. “When they are young and still in their prime they want to go for the bad guy because they are deemed more exciting until they are ready to settle down, and then they will end up with a good guy.”

Women also have their opinions when it comes to the opposite sex and how it’s been hard for them to date.

“It seems that most men would rather have multiple girls on the side instead of having one loyal and faithful woman,” said Jasmine Brooks. “I was cheated on in my last relationship, and it has me questioning dating in this generation as a whole.”

In 2017, it has become harder to make a meaningful connection. Social media and television  have altered the perception that people have on relationships as well.

People look at how couples interact in their relationships through Instagram and deem them “couple goals” instead of focusing on developing a strong bond that isn’t forced. They believe that what they are witnessing via social media is the way their relationship should be.