Recently, President Donald Trump has passed a law that he is only willing to give research grants to colleges that promote freedom of speech. Students of CSUSB share their thoughts on this matter of subject. 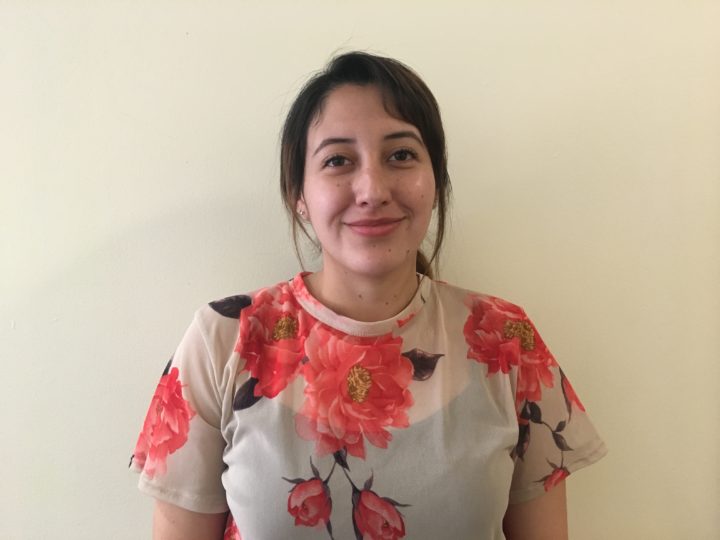 “I think it’s important that there are no biases to this. That there’s no loophole and that it’s actually promoting free speech in a beneficial way, meaning to enforce it equally and not just to his party or to the people he prefers, then I think this is a good idea.” 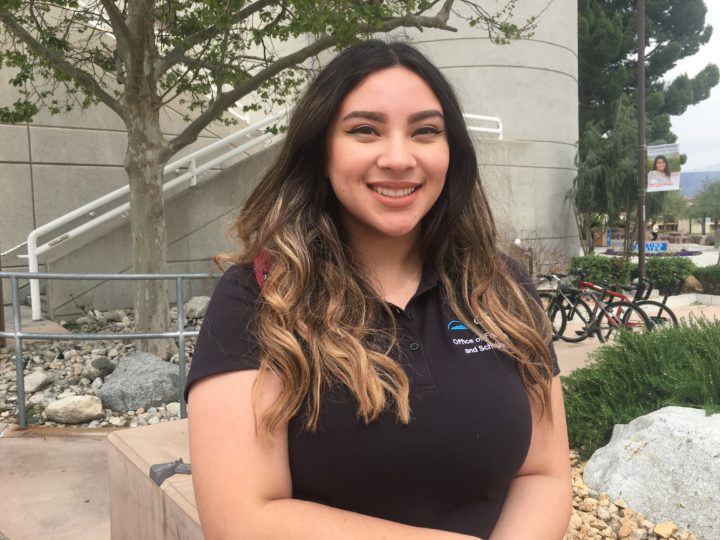 “I think people should just be allowed to say whatever they feel because that’s our first amendment right. You should be able to say what you want and if he’s going to take away money, he should just give it to every college because everybody needs money.” 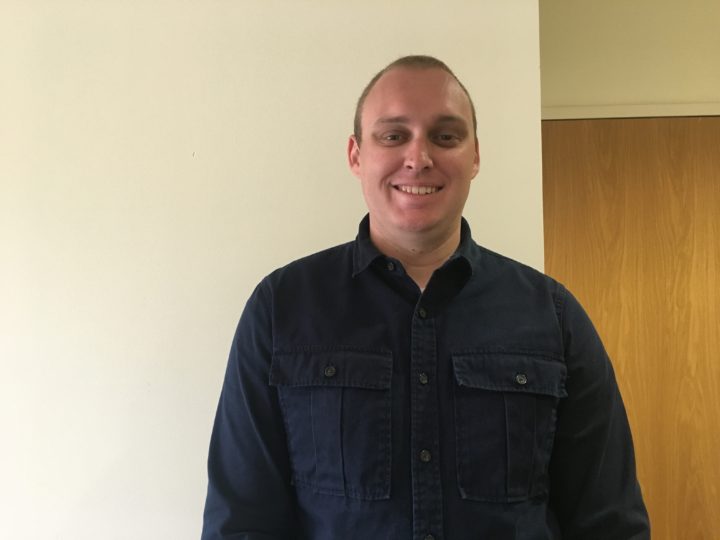 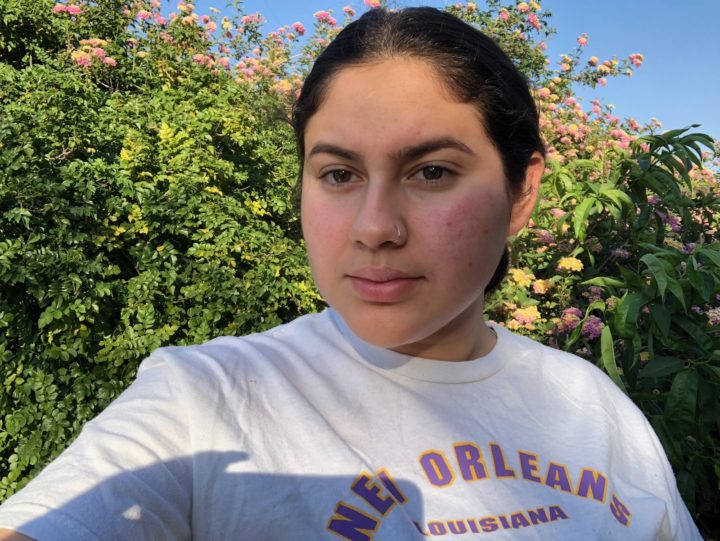 “I don’t mind free speech because everyone has their own entitlement of their opinions. But I don’t agree with him saying that he only gives grants to colleges that support freedom of speech. Certain colleges don’t. I overall don’t think it’s right.” 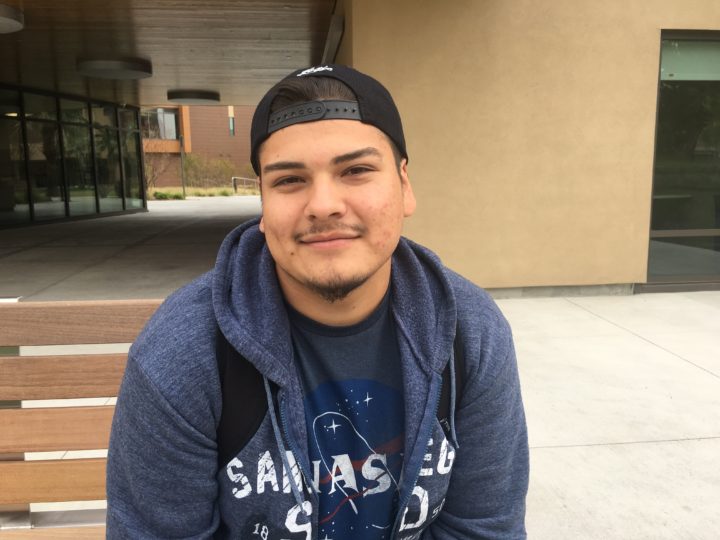 “It sounds like a good thing. I’m wondering if this campus is supporting free speech. I think it probably does because it’s in the constitution so that probably allows people to get grants. I don’t see it as a bad thing.” 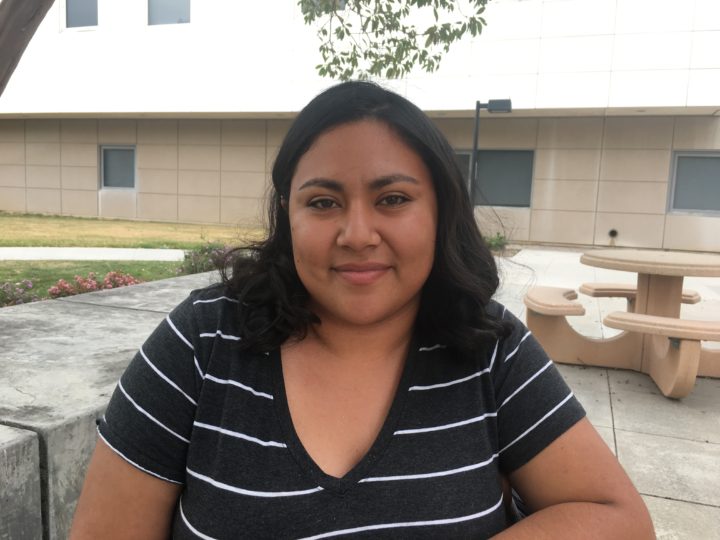 “It would be unfair because every school, some may have freedom of speech and others may not, I mean it’s really not worth it because every student and college is different. Every person thinks differently so it wouldn’t really matter if they give grants or not.” 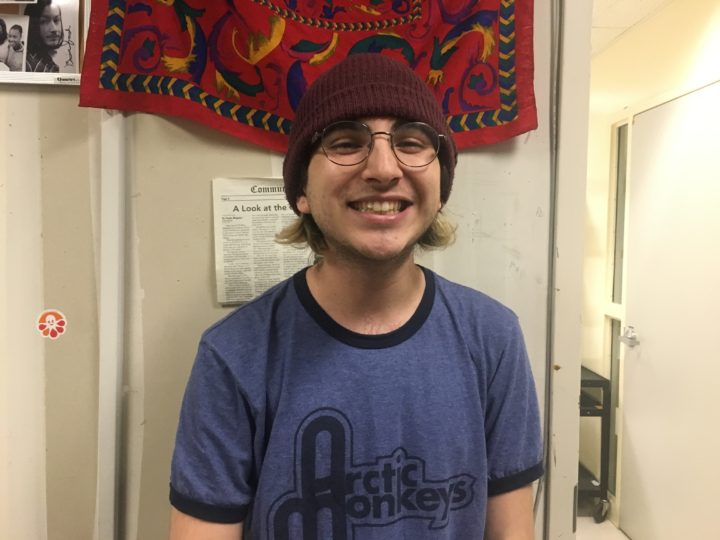 “It’s already void. As soon as someone wants to contest this, it’s void because it’s all a matter of opinion cause there is no such thing as what is free speech, what isn’t free speech. I think this is just him doing a petty dig towards people. He just likes to do that because he can. ‘I’m the president and I’m going to write an executive order to make people suffer because I can do that’ he’s no stranger to making people suffer for his benefit honestly. His idea of free speech is someone coming with hate speech and that something different from free speech. If all speech is free speech you should value it but he doesn’t realize that he’s contributing to an almost tyrannical dictatorship in a sense where his ideologies are. His ideologies are based on business ideas, almost like social Darwinism where ‘I don’t care about the little person, I want to care about the big person’. He won’t say that openly but his actions show it. There’s a fine line between somebody speaking for what they believe in and someone speaking towards a contributing act of hatred and towards people of that are oppressed and people contributing to that oppression.” 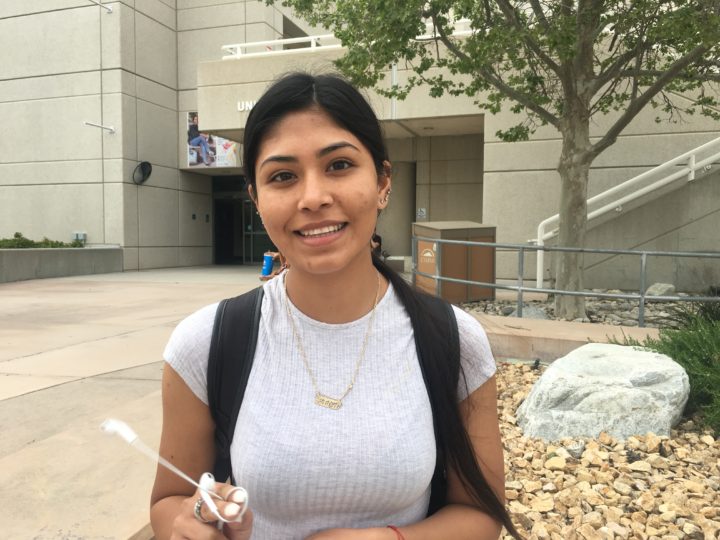 “I feel like it’s different in a way. What if students actually do need help from those grants? Grants are based on money and a lot of people don’t have that money to continue their education. He’s putting restrictions that probably not even going to help out.” 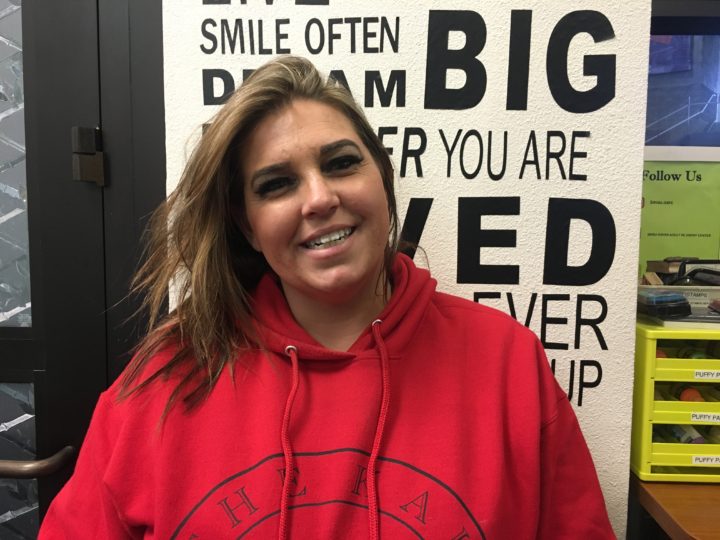 “There shouldn’t be a limit on who he sensors. In college, we are here to learn, to grow, to voice our opinion, to be culturally different and be who we are. I don’t see why that’s an issue. If an institution doesn’t want to let their students voice their opinion, then they shouldn’t get funded. In that aspect, I agree. I’m not a Trump supporter. I’m for what’s good for America. I feel like there’s a catch. If there is, what is it? Is he really trying to be a good guy or is there a hidden agenda? Are they colleges that don’t support him? They may be colleges that give a free speech, but because they give speeches that he doesn’t like or colleges that don’t support him, is that why he won’t fund them? Overall, if the institutions are trying to quiet their students, there’s a reason. If there’s a reason and he’s catch on to it and wants to make an effective change, then I’m all for it. But let’s proceed with caution and as long as it’s for the right reasons.” 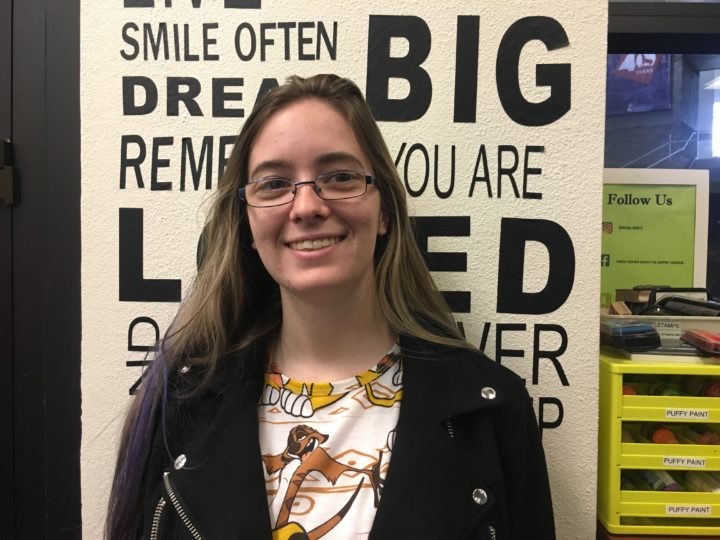 “I think sometimes this whole freedom of speech is being policed by students themselves and not necessarily the faculty. Where’s the line though? You can say ‘hey, it’s free speech’ but if you’re throwing slurs at somebody it’s bullying and we have a no tolerance policy. It’s very broad and depends on the message. There’s a difference voicing your opinion, that’s different politically and then having some kind of slander speech where your bullying somebody verbally. It sounds great but I don’t trust him.” 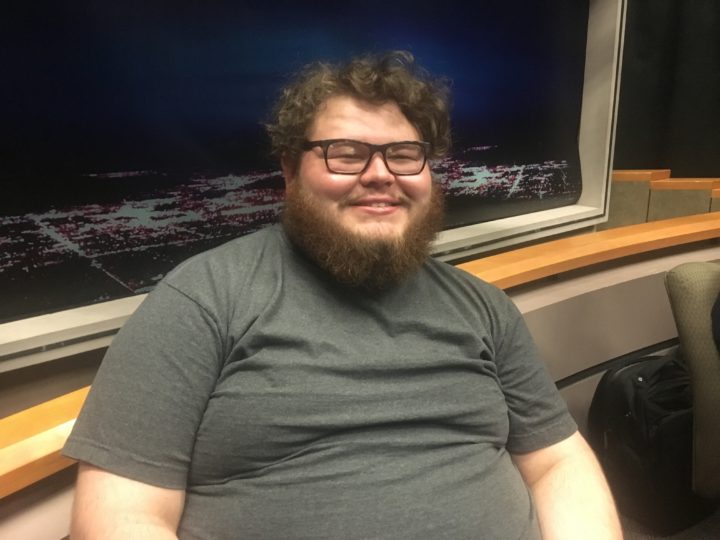 “There should be free speech but there is a huge difference between that and hatred. People can talk about ‘abortion should be illegal, but it’s not their choice what a woman does with their body. People can come on campus and say whatever they want but it’s up to liberals to not let it affect them. Sticks and stones can break my bones but words can never hurt me. It’s just that there should be free speech but not hate.” 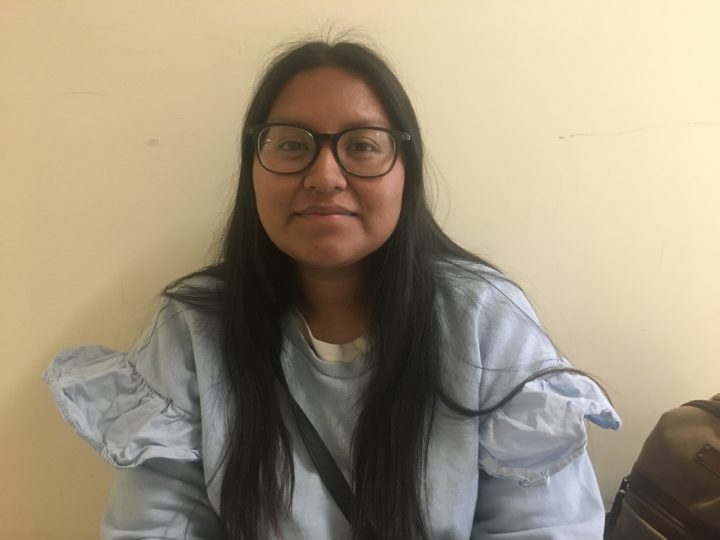 “I think it’s not credible, he himself oppresses people. He doesn’t like people that are opinionated and Trump has a certain mentality that he doesn’t accept what other people say that isn’t the same as him. What if it’s people that are pro something that he’s against and doesn’t it contradict what he’s saying? I find it weird that he’s only giving out grants to something that he doesn’t even believe in.” 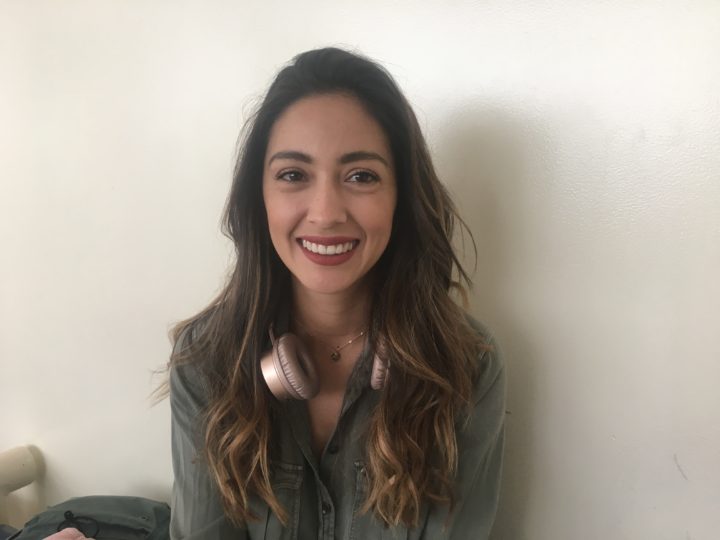 “I believe that if President Trump believes in free speech so much, he should focus on not kicking journalists out of his press conferences, not hiding things and not putting ‘fake news’ out there. He’s so worried about journalism in our universities when he’s not even worried about journalism in our country. He’s doing so much to block free speech with certain journalists, kicking them out, hiding facts and trying to mislead them. I don’t think he should have an opinion on journalism when he’s not contributing to it correctly. I believe he should just stay out of universities’ business.”

Students give the pros and cons of dorm life
Stepping into my dreams across the pond
Why are students shackled with debt?