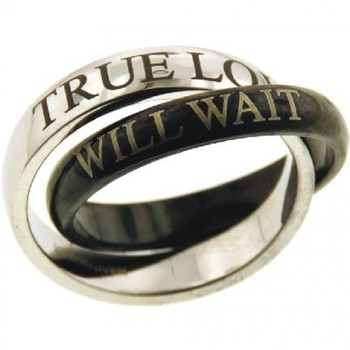 It is safe to say that virginity is not as valued as it once was in American society.

Statistics show that people who remain abstinent until marriage are incredibly outnumbered. They only make up three percent of the American population.

According to waitingtillmarriage.org, more than 60 percent of the people who decide to maintain their virginity are women. This shows women are either more valued when they are virgins or that women have stronger will to carry through.

The number of people who wait now is a fourth of people who waited in 1963. The farther back in history you go the higher that number gets, pointing to the idea that maintaining virginity until marriage is no longer highly valued.

It is also believed that religion makes it easier to commit to abstinence since it is a common religious practice to wait until marriage.

However, only 20 percent of people in religious groups actually wait until they are married to have sex, reports waitingtillmarriage.org. This shows that even commitment to a religious group does not stop people from having sex before marriage.

Attitudes toward premarital sex have changed drastically since before and during the 1950s.

The word “virginity” originated from the Greek word “Virgo,” which is the label of strength and independence.

As time passed, the word “virgin” became a sexual term used to describe a gift from the Christian god to a woman, only to be given to her husband.

Regaining virginity has also been thought of as a possibility.

I actually learned more about sex in my freshman year of high school from other girls my age than I had in my entire life.

They talked about things I didn’t even know existed.

My brother, who is only 12 years old, comes home and says subliminal comments that tell me he knows about sex, and he hasn’t even watched the video about puberty they show us in school.

He also says, “That’s what she said” at the times in a conversation where it makes perfect sense.

Often times, my mom blamed my brother and I, who are about 10 years older than my little brother, claiming that he heard these things from us.

I would respond, “No, mother. Those are things he learned from his friends at school. You must not know what middle school in the 21st century is like.”

As the years go by, children are exposed to sex at younger and younger ages.

The number of graphic depictions of sex on television has increased rapidly and is continuing to rise at a steady rate.

In school, if girls and boys are not sexually active then they are made fun of and eventually peer pressured into having sex even if it is something they were not interested in or comfortable doing, making it extremely hard for them to abstain from sex.

It is no wonder that the American population is becoming sexually active at such a young age, which is the main reason why waiting for marriage is becoming more unlikely.

With children exposed to sex at early ages, their interest also peaks at younger ages which leads them to engage in sexual activity much sooner.

The increase of premarital sex has also caused the rate of pregnancies and sexually transmitted infections to increase, especially among the teenage population.

We live in a society that encourages such things by opening up reproductive clinics where teenage girls (and boys) can go get condoms, birth control, STI treatments and even abortions if they happen to have an unexpected pregnancy.

They can do all this without the permission or notification of their parents and are even promised extreme confidentiality.

Although the purpose of these clinics is to promote safe sex, which I believe is a great cause, they also open the doors that facilitates the opportunity for boys and girls to engage in unsafe sexual activity.

Virginity is a rare phenomenon in our society, and our society does nothing to promote virginity.

On the other hand, it promotes premarital sex. Society has instead accepted that teenagers are going to have sex at young ages and has abstained from promoting abstinence.

The idea of waiting does not include denying them the right to seek means of protection but it also should not promote the idea of premarital sex and hand out condoms, birth control and abortions as if they were candy.

The possibility of regaining the importance virginity once had is almost impossible.