Giddeon Massie, a two-time Olympic cyclist, told his story to a compact group of students in the San Manuel Student Union theater on Wednesday, November 20, 2019. 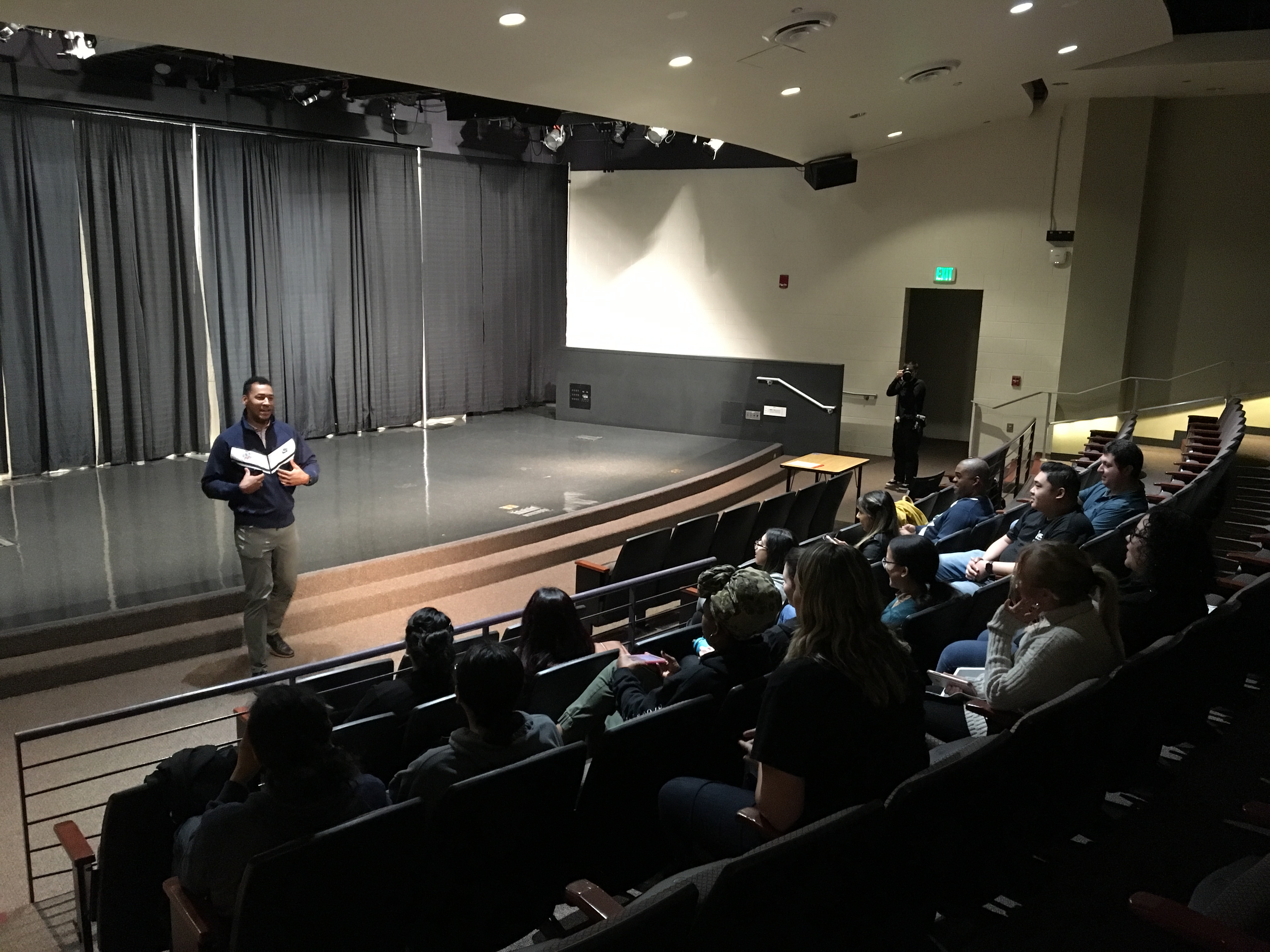 Born in Pennsylvania, Massie started cycling when he was very young, having been introduced to the sport by his father. Throughout his cycling career, Massie has won over fifteen gold medals in U.S. Track Cycling Championships and gold during the 2003 and 2007 Pan American Games for track cycling. He raced during the 2004 Olympic Games in Athens and then again in the Beijing 2008 Olympics.

Massie traveled two hours just to meet with students and help support Youth Cycling Association which launched Tuesday, November 12, 2009. For many students, the opportunity to meet Massie was one they would never forget.

He took time to go through his childhood, the ups and the downs, to his first Olympics and then his second. With every experience Massie shared with the small group of students, he expressed the ongoing message that to do well in life, one has to work hard and never give up.

“Some of the big athletes are some of the best failures in the history of sports. They fail like nobody’s business, but the reason that we’re failing is that we’re constantly pushing that envelope. And, you know, failing is part of us improving,” said Massie.

Massie expressed that every moment was spent thinking about how he can be the best at whatever he’s setting out to do. What tiny thing might he be doing differently that would mean the difference of a tenth of a second away from winning first place. Maybe it was catching one extra hour of sleep or passing by a bag of chips in the grocery store. Even after being shortlisted for the 2012 Summer Olympics, Massie continued to race and win gold after gold in U.S. Championships.

Failure bred persistence and determination to do better and those lessons carry on through all aspects of life whether it be studying for a better grade on a final than the grade you got on a midterm. There’s so much anxiety when faced with feeling not good enough or prepared enough to face the world. As people, we’re compelled to compare ourselves to successful people or put too much stake into what is and isn’t possible.

“What stood out to me most about Giddeon’s story was how dedicated he was to getting better at his race times, even if it only meant being better by a thousandth of a second,” fourth-year student, Miranda Williams said. “He stressed the importance of making even the smallest sacrifices to get to his goals, that way he could always say he did his best, even if he didn’t make it. I can definitely apply that to my life as a student because sometimes I come up short and It’s much easier to accept when I know I’ve done my best rather than when I know I could’ve done things differently.” 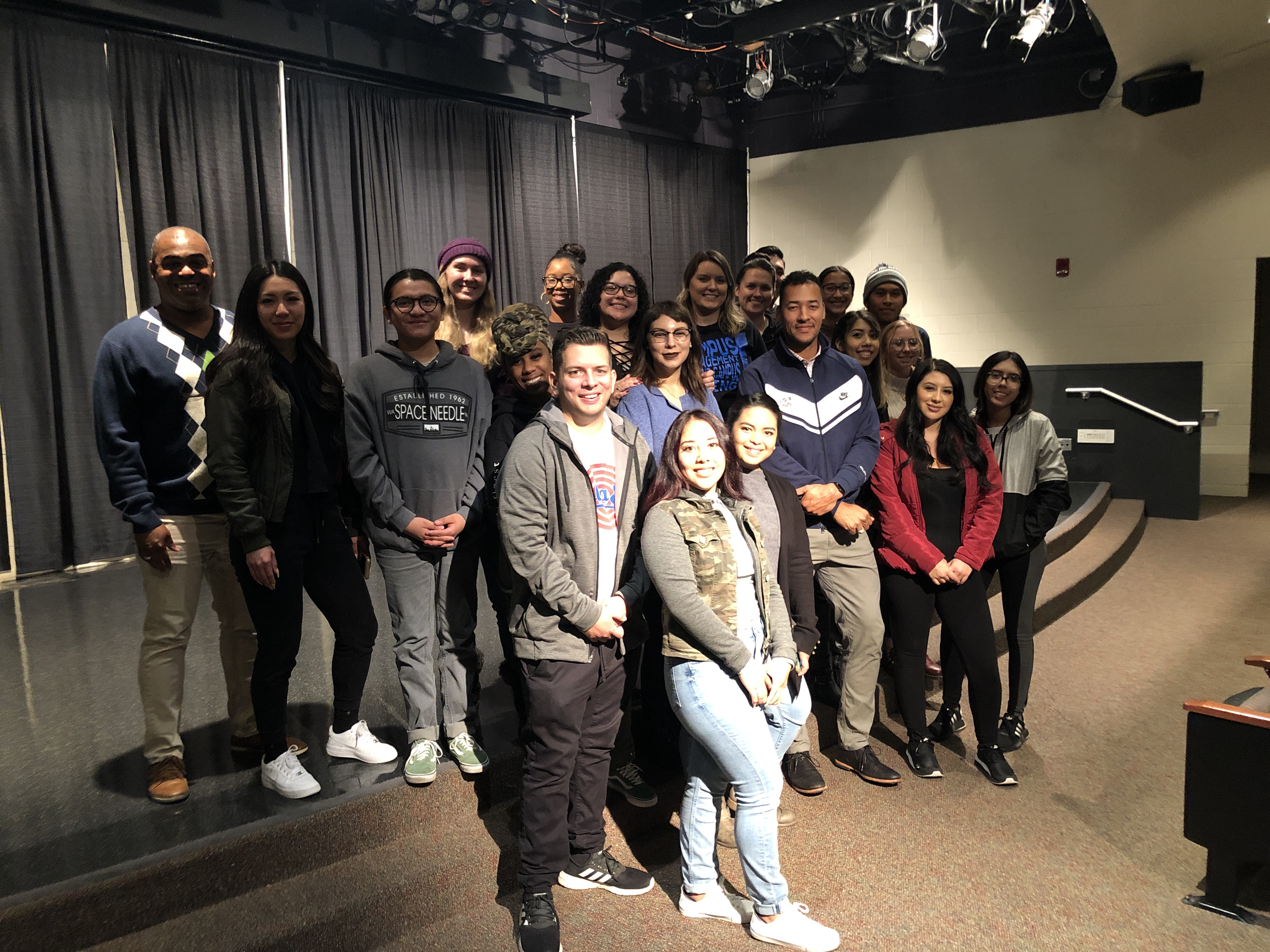 For somebody who faced failure and disappointing losses after training four years for fifteen seconds on a track, Massie said, “I think that when you think in terms of ‘nobody’s been able to do this or this isn’t possible or whatever,’ when you put those self-imposed limitations based upon your perception of something then I think those limitations will ultimately be the result. I view sport as black and white in that if it’s something that you want to do, then go do it and figure how to be successful at it.”

Even when you think that there’s so much standing in your way of being the best that you can be at whatever it is your passionate about, the key persistence. It’s about sticking with it through the hard times and the failures. Seize opportunities as they come. Massie finished up his story with a twenty-minute Q and A and a photo op with CSUSB students, hopefully feeling a little more inspired as they tackle those last couple miles of the fall quarter.

“I really liked that Giddeon discussed the challenges of transitioning from one chapter of cycling to the next and how it can be scary not knowing what direction you will take next. It’s resonated with me especially with getting closer to graduation but I loved that he talked about determination and how if you really want something you have to just go for it,” one of the event coordinators and fourth-year communications student, Emily Avila said. “Another thing that really spoke to me was that Giddeon talked about never wasting his time. Whether it was time on the track or time resting he was always doing something that would benefit him in the long run.”