Twenty 2 Salute is a Hard Rock band from the Inland Empire who started off as “The League” but later changed it to be more unique.

The lead singer and guitarist Michael Schoon, bass player Mark Schoon, and drummer Raul Padilla known as J, performed at the Down N’ Dirty Festival on the weekend of January 18th at the Adelanto Stadium in California. 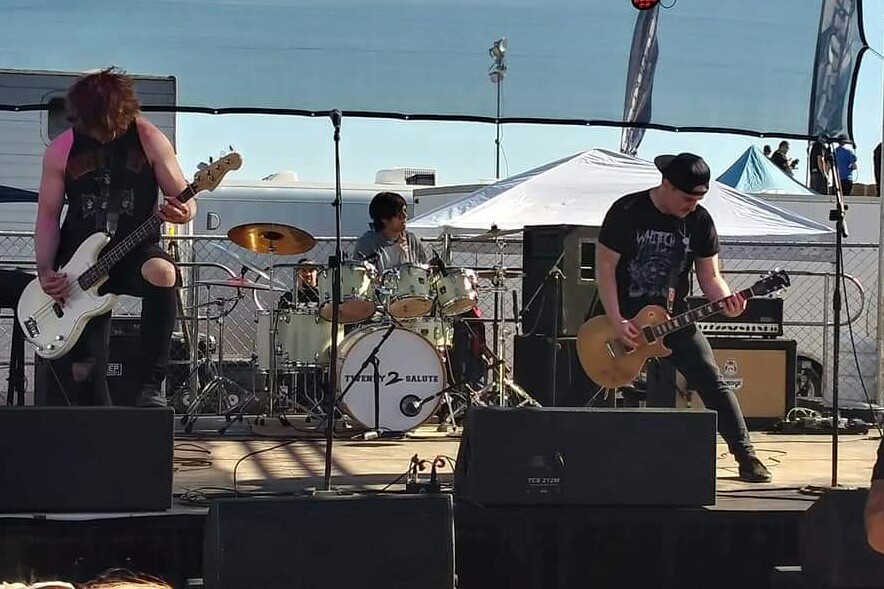 The two brothers have been surrounded by music their whole lives so it was given that one day this would be something they do together.

“Our father was in a band growing up, he was in a rock band and he was a singer so it became our normal life to be in a band and we love music,” said Mike Schoon.

There were about 1,000 music lovers ready to enjoy the weekend by rocking out to their favorite local bands out in the sunny Grand Prix BMX Stadium.

This was the band’s first show of the year and they played at 11:30 A.M. sharp on Saturday. It was the perfect opportunity to kick off the year with a remarkable performance.

There were two stages and every band got a 30 minute set time. After one band finished the next band started immediately on the other stage and rocked out. There wasn’t a lot of time in between groups because of the set schedule.

“Six to seven songs is a normal show for the original band, especially when you’re at the local scene level, you’re playing with three to six other bands so you’re not just playing by yourself,” said Mike Schoon.

J only joined the rock band last May and has been with them ever since. He has been an excellent addition for their group and they have been releasing countless songs such as their original single “Nobody“. The music video was recently posted on YouTube on December 7, 2018 and has received over 2,000 views.

This was one of Mike’s favorite songs that they played for the crowd and they closed their set with a keyboard song when he’s on piano called “To Keep Me at Bay” as their show closer. 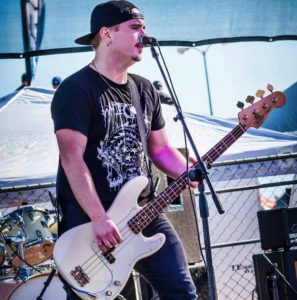 The show was all about fun of music. There was space for vehicles with a camping pass to bring their RV’s and if you didn’t have a pass, you can purchase a $5 parking pass for each day. There were many food vendors, remote control cars, and artwork around Down N’ Dirty so attendees can enjoy.

It was important to stick around and watch other bands on stage after Twenty 2 Salute’s set. They see it as band etiquette to walk around and support other groups from the first band that arrives at the closing band’s last song.

“You get there when the first band starts, or at least you try to, and you stick around until the last band stops,” said Mike Schoon.