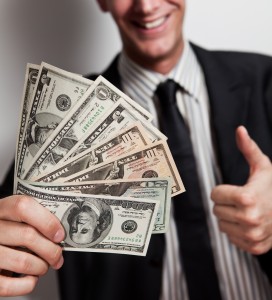 Tipping is a cancer that has infested our culture and shows no sign of going into remission.

It relies on social force to get patrons to pay additional money beyond the listed service price.

Tipping should be replaced by employers who pay their employees a living wage instead of relying on patrons to do that for them. This would lead to better financial stability for their employees and stop the social extortion of money from patrons.

“When we tip, we are essentially buying the right to avoid disapproval and guilt — a uniquely first-world problem,” stated Hunter Stuart in a Huffington Post article.

Many claim that tipping is to reward employees for providing good service, however, this argument is ridiculous.

Employees should provide good service because they have a job and want to get paid regardless being tipped. Try telling your boss that you didn’t work hard enough because you didn’t get extra pay on top of what you are already paid.

A study in the Journal of Socio-Economics conducted by Michael Lynn and Michael McCall found that “tipping was not significantly related to servers’ or third-parties’ evaluations of the service.”

Tipping encourages a culture where we demand or expect more; more money, more possessions, more everything. Even worse, some restaurant owners pay their staff below minimum wage and literally rely on patrons to pay their staff at least minimum wage.

“Federal minimum wage laws allow servers to be paid just $2.13 per hour as long as the rest is made up in tips, ensuring the more customers tip, the less restaurant owners need to pay,” according to theconversation.com.

This is bad, for both the patrons and the employees whose wages are always in a state of flux with virtually no stability.

Many servers, or others who rely on tips to live, instead of their hourly wage because of cheap employers, are always in financial uncertainty, wondering just how much or how little money they will make the next week.

The situation tipping has created is already bad enough, but to make it even more abysmal there is research that shows tipping often isn’t influenced by the employee’s performance, but rather factors such as race and gender.

“For white servers, tips increased from 16.8 percent of the bill size when service was rated less than perfect to 23.4 percent of bill size when service was given a perfect rating, but for black servers, tips were 16.6 percent of bill size for both perfect and less than perfect service ratings. Thus, contrary to our hypothesis, the server race effect was stronger at higher levels of perceived service quality than at moderate levels of perceived service quality,” according to theconversation.com
“Attractive waitresses earned larger sales-adjusted tips than
did less attractive waitresses. Attractiveness had no effect on the tips of waiters,” according to Lynn and McCall’s study.
Tipping should be collectively ousted from our culture and replaced by employers who pay their employees a proper wage. When going to a restaurant no one should be socially extorted into paying additional money for a service they have already paid for.