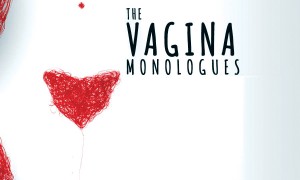 The CSUSB Women’s Resource Center talk vaginas in their production, “The Vagina Monologues” in the SMSU Theatre.

The Women’s Resource Center aims to provide a supportive environment for all women on campus. The Center is a place where they celebrate and respect diversity and encourage women through their services and programs.

Felicia De La Isla, a student office assistant and actor in the show said, “It’s a play that directly empowers women, making them feel comfortable with talking about their bodies, and this is what the Women’s Resource Center is all about.”

“The Vagina Monologues”, written by Eve Ensler, is a book that is an expansion of a play that was originally written in 1998.

The purpose of the book is to break down the walls of the shame and secrecy that comes with the use of the word “vagina.”

Staff, students, and volunteers took to the stage to portray the characters of real women experiences. The women come from different backgrounds, nationalities, countries, and have different stories. The monologues show the violence perpetrated against those who have vaginas.

The show begins, as red spot lights shine on three women, who start the show off with an introduction. The women discuss the names people use to describe vaginas because in society these words are used to belittle, cover up, and even exploit the word “vagina.” The actors mentioned words like peaches, pipi, and tamale.

One woman’s monologue was called “My Angry Vagina”, where she discussed the uncomfortable experiences of vaginal exams and tampons.

“Why do they flash the light up there, like they’re Nancy Drew,” said Flor Vargas, one of the actors.
The audience cheered and laughed at her sassiness and strong humor.

Other performances consisted of serious topics such as vagina mutilation, rape, and a woman’s appearance.
“My short skirt isn’t a reason for rape,” said Marie Tovar. “My short skirt doesn’t mean I’m stupid.”

Tovar did a great job in her performance and in her message about how just because a woman dresses cute for herself, that doesn’t make her a slut or stupid.

Other attendees found the show interesting, funny, and informative.

“It was really informative and I got to hear different perspectives,” said Maria Garcia, a CSUSB student.

“I felt like I related to my character, when it came to the exams, they humiliate you,” said Flor Vargas. “The character allowed me to vent and I feel the character is empowering.”

The coordinator of The Women’s Resource Center also wanted the audience to take a message away from the show.

This year’s proceeds will go to the non-profit organization, Option House, which is a shelter for battered women and their children in San Bernardino.

If you missed out on this great show, come out and support the Women’s Resource Center’s next event, Sex trafficking: Here at Home? on May 7.