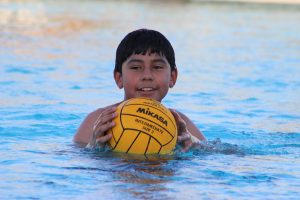 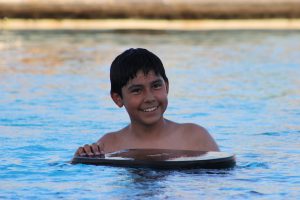 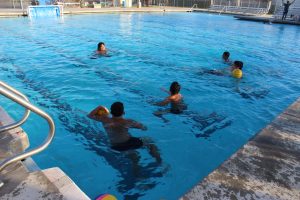 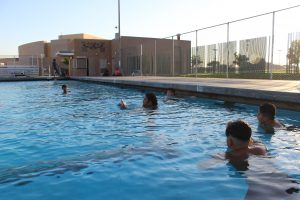 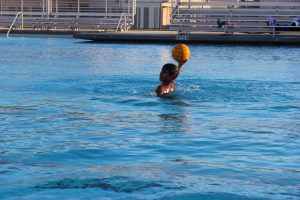 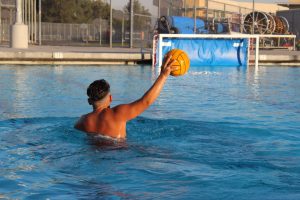 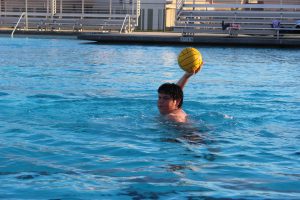 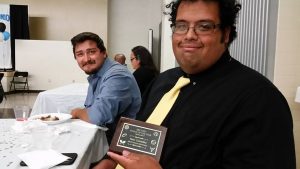 The water polo community in Southern California is getting a new representative in our backyard, the the San Bernardino Water Polo Club.

Looking for kids from 10-18 years old, the club provides them with an opportunity to learn how to swim and compete competitively with neighboring cities.

Owner Angel Servin and head coach Peter Gonzalez had the dream of introducing this club after their previous water polo coach inspired them to bring the aquatic sport to everyone in the Inland Empire.

“This is a good way for the kids to become active and be a part of something during summer instead of being at home watching TV and playing video games,” said Servin.

Both Servin and Gonzalez, alumni from Arroyo Valley High School (AVHS), sought out the younger generation in hopes of spreading interest to help the club gain recognition.

Currently, they both coach at AVHS for the aquatics program and also host the club weekly at the school’s pool, which they rent from the district.

Gonzalez was also a recipient of the San Bernardino City School District’s Coach of the Year award.

“The kids don’t need to know how to swim or play polo, we’ll teach them all from scratch,” said Gonzalez.

The kids will practice the egg beater kick, communication, passing, shooting and will learn the basic skills required for swimming.

Sharing passion for the game reminds both coaches of their ultimate goals of producing competitive players by the time they reach high school.

Being able to see the students partaking in the junior Olympics and getting accepted to college is just one of the few reasons why.

Members do not need to be a part of the school district and can join the nonprofit team at a cost of $40 a year.

They also have united their efforts to provide the students with flexibility for those unable to fulfill the cost requirement, which also include $80 for insurance.

The low cost allows the kids and their family members to come out and be a part of a community rich in teamwork and inspiring coaches.

Along with being the assistant coach, Servin helps with the training regimen meant for the members as they compete in local tournaments in surrounding cities.

Water Polo is growing in the Inland Empire and the challenges these kids face are tough, but rewarding.