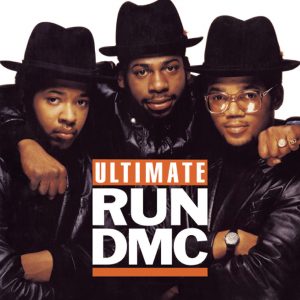 Rap is one of the most evolving genres of music; over the decades it has been seen as political, violent and even inspiring, “rap is a rapid, slangy, and often boastful rhyming on top of a insistent recurring beat,” according to Dictionary.com

In the ’80s and ’90s, rap music was mainly surrounded by intricate bars and lyrics spat at significant speeds that made you dig deeper but also had the power to cause an uproar with groups like N.W.A.

Today, rap has changed, instead of freestyles and beat boxing owning the genre, it has become more open to harmonizing and melodies with songs like “Controlla” and “One Dance” by Drake being considered rap.

One of the key elements that rap music is losing is the ability to maintain the delivery of a fast verse on top of a high speed beat.

Back in the day, artists like Run DMC, The Wu-Tang Clan and The Sugar Hill Gang, never sung they stuck to speed, bars and lyrics.

Rap music has gotten softer; essentially, a lot of the artists previously were true products of their neighborhood, making them a little more hardcore. Therefore, singing would hurt their street cred and the credibility of their work.

Rollingout.com argued that artists today, such as Kendrick Lamar, are bringing back what old school rap and hip-hop used to be.

Yet, that is not completely true because Kendrick harmonizes often on tracks like “ B***h, Don’t Kill My Vibe” and “Money Trees,” therefore, he is excluded also.

Drake and Future are known as some of the biggest rap singing artists of our time, specifically Drake is known as the originator of this phenomenon, though he is not the creator.

In the early 2000s, rappers like Ja Rule and Kanye West were known for singing on their own songs like “Put It On Me” and “Spaceship,” along with rappers like Andre 3000 and Pharrell Williams.

What it means to be a rapper has also changed dramatically from the previous decades compared to who we identify as a rapper today.

Artists like Fetty Wap and Bryson Tiller are considered rap artists even though most of their music is being sung, making it difficult to recognize what true hip-hop is.

Not only has rap changed with more rap artists singing but rap artists have also become a lot more dependent on vocalists making their tracks a true hit.

The Billboard chart for the top ten songs in rap music currently has songs like “2 Phones” by Kevin Gates and “Low Life” by Future on it, though they are clearly singing.

Because this phenomenon has become the go-to for music, artists like Drake are considered great despite the majority of his music is not rap music, if anything, it is pop or R&B.

All in all rap, as whole is becoming more like pop and rhythm & blues, and is losing a bit of the qualities that made rap music what it is today.