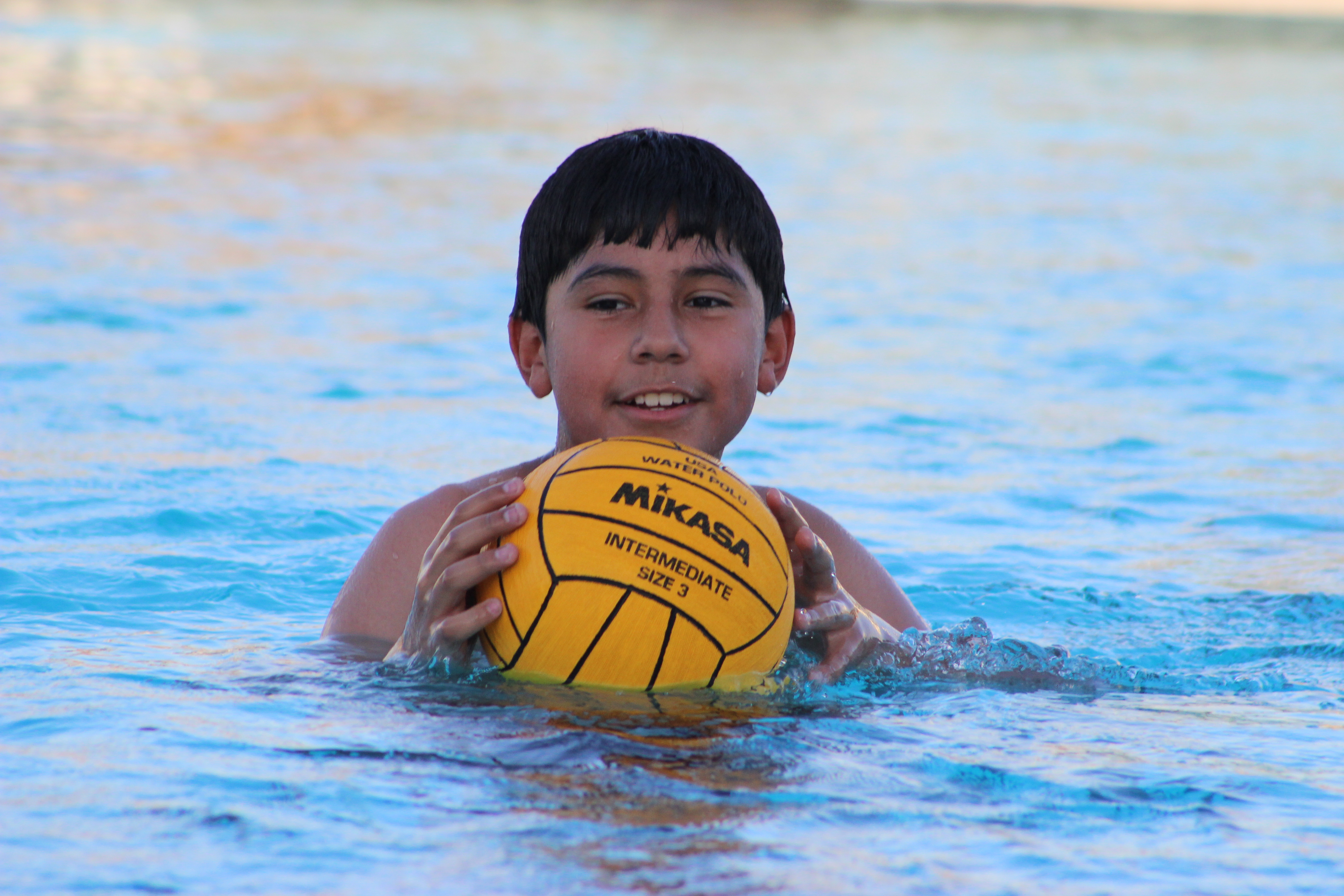 By Arthur Medrano |Staff Writer| The water polo community in Southern California is getting a new representative in our backyard, the the San Bernardino Water Polo Club. Looking for kids from 10-18 years old, the club provides them with an opportunity to learn how to swim and compete competitively with neighboring cities. Owner Angel Servin and head coach Peter Gonzalez had the dream of introducing this club after their previous water polo coach inspired them to bring the aquatic sport to everyone in the Inland Empire. "This is a good way for the kids to become active and be a part of something during summer instead of being at home watching TV and playing video games," said … END_OF_DOCUMENT_TOKEN_TO_BE_REPLACED

By Brittanie Gutierrez |Staff Writer| Give Something Back (GSB) presented a $1 million check to CSUSB in efforts to grow the college attendance rate. The money will be geared toward helping San Bernardino children coming from households with one or both parents incarcerated or who are in the foster care system. With this scholarship, students will be selected from ninth grade and have to take college preparatory classes, while maintaining a minimum 3.0 GPA. If a student falls off course after committing to the program, GSB will still help them get into community college and continue their education after high school graduation. GSB is an organization that helps children from … END_OF_DOCUMENT_TOKEN_TO_BE_REPLACED

By Aimee Villalpando  |Staff Writer| Promise Scholars was awarded a Service Youth Award from the Juvenile Justice and Delinquency Prevention Commission of San Bernardino County for their support of children. The Service Youth Award recognizes groups who have demonstrated a positive impact on youth in the San Bernardino County. For three years, Promise Scholars has been a program implemented by the Ontario-Montclair Schools Foundation to help children achieve their college and career dreams. The program initially enrolled fifth grade students from selected schools and promised two free years of post-secondary education at Chaffey College upon completion of the program. When the … END_OF_DOCUMENT_TOKEN_TO_BE_REPLACED

By Torilynn Qualls |Staff Writer| Unemployment continues to rise for the youth of America ages 18 to 24; a steady rate of 11.2 percent of all “Millennials” are classified as unemployed. The Bureau of Labor Statistics (BLS) report released Oct. 22 showed that the economy added 148,000 jobs in the month of September versus the 180,000 that were expected. The government projects three of the 30 occupations with the largest projected number of job openings by 2020 will require a bachelor’s degree or higher to fill the position; the remainder will likely require a high school diploma at most, according to USA Today. Some critics blame the recent implementation of Obamacare for the … END_OF_DOCUMENT_TOKEN_TO_BE_REPLACED

By, Julia Matulionis |Staff Writer| For young adults (ages 18-29) unemployment is at 12 percent, compared to the 7.9 percent rate of unemployment for the entire nation, according to a recent press release by Generation Opportunity, a non-profit organization. Among other things, this can be contributed to lack of opportunity and the organization is urging young people to pay closer attention to politics and get out and vote. In 2008, President Obama stood on the platform of hope. He urged young Americans to get to the polls and they did, with 66 percent of young Americans voted for Obama in the 2008 election. According to The Center for Information & Research on Civic Learning … END_OF_DOCUMENT_TOKEN_TO_BE_REPLACED