By Uriel Ortega |Staff Writer| The Coyotes get a split on Valentine’s Day, but No. 4 ranked Humboldt State shows no mercy, sweeping the Coyotes in seconded double-header last Friday and Saturday. In a fourth game against top ranked conference opponents Humboldt State, the Coyotes fell short on upsetting the Jacks on missed opportunities, as the Coyotes fell 4-1. The first game of Valentine’s Day, the Jacks came out swinging as they slugged four home runs out of Softball Park. The Jacks took a commanding 5-0 lead with two home runs and three RBIs. The Coyotes narrowed the score in the second inning with a triple to left field by Cassandra Williams finishing the inning down … END_OF_DOCUMENT_TOKEN_TO_BE_REPLACED

By Uriel Ortega |Staff Writer|   Coyotes softball swept No. 12 against St. Martin’s during last Sunday’s doubleheader in their season opener at the Coyote park field. The Coyotes made a statement by defeating one of the best teams of the north with precise pitching, great defense and timely hits. Coyotes Coach Tacy Duncan improved her team in the off-season by adding transfer players. The team’s new additions gave the team a bright future, with new talents. “We have worked very hard on pitching, very hard on hitting, and increased our strength and condition program,” said Duncan in preparation for the 2014 season. Freshman Cassandra Williams gave the Coyotes their … END_OF_DOCUMENT_TOKEN_TO_BE_REPLACED

By Devan Lee |Staff Writer| It was a tough four-game series for Coyote softball as they ended their season with four straight losses from the Humboldt State Jacks the weekend of April 26. The Yotes traveled to Arcata, Calif.where they faced the Jacks, a CCAA regular season champion team with an overall record of 40 wins and 12 losses. Freshman pitcher Kacey Cota started on the mound for the Coyotes in game one. Cota had a rough start, allowing seven hits and eight runs total in the game. Her relief, junior pitcher Taylor Davis, came in and allowed only two runs on two hits. Offensively, the Coyotes could not match up against their opposition. The only Yotes to earn a hit … END_OF_DOCUMENT_TOKEN_TO_BE_REPLACED

By Devan Lee |Staff Writer| The women’s softball team earned their first four game winning streak since 2011 after they swept Chico State on Fri., April 12. “Our pitchers kept the ball on the black, our defense was flawless, and we had very timely hits,” said Head Coach Tacy Duncan. According to Duncan, this formula is the key to a solid performance in a game and ultimately a victory. With an overall record of 13 wins and 29 losses, Coach Duncan left the tempo of game one in the hands of freshman pitcher Kacey Cota. Cota would set the tone early in the series as she kept her pitches on the black, or the outside corners of home plate. Her performance included five strikeouts, … END_OF_DOCUMENT_TOKEN_TO_BE_REPLACED 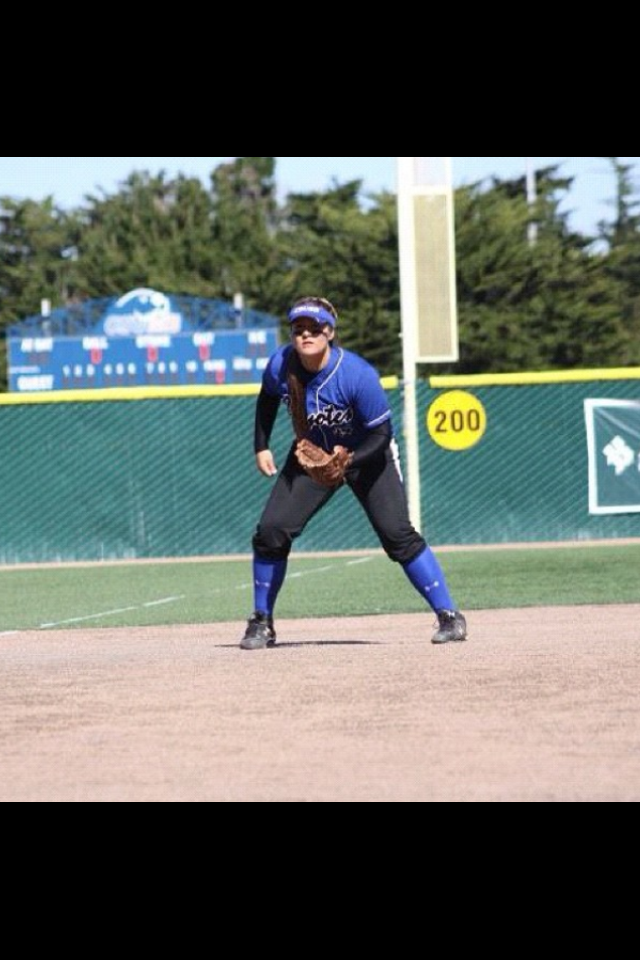 By Anthony Morales | Staff Writer | As senior infielder Alyssa Flores plays her last year as a Coyote, she's hoping to gain more of an experience to take with her as she continues to pursue her college education. Playing softball since her youth, Flores has learned to love and gain a passion for the game. It was the extra push and support from her parents that made her realize the respect that she has for the game she's played for all these years. "I first started playing softball when I was four years old. I started off in tee ball. I was eight when I started playing travel ball at a competitive level," said Flores. Introducing the sport into her life as a youngster, her parents … END_OF_DOCUMENT_TOKEN_TO_BE_REPLACED 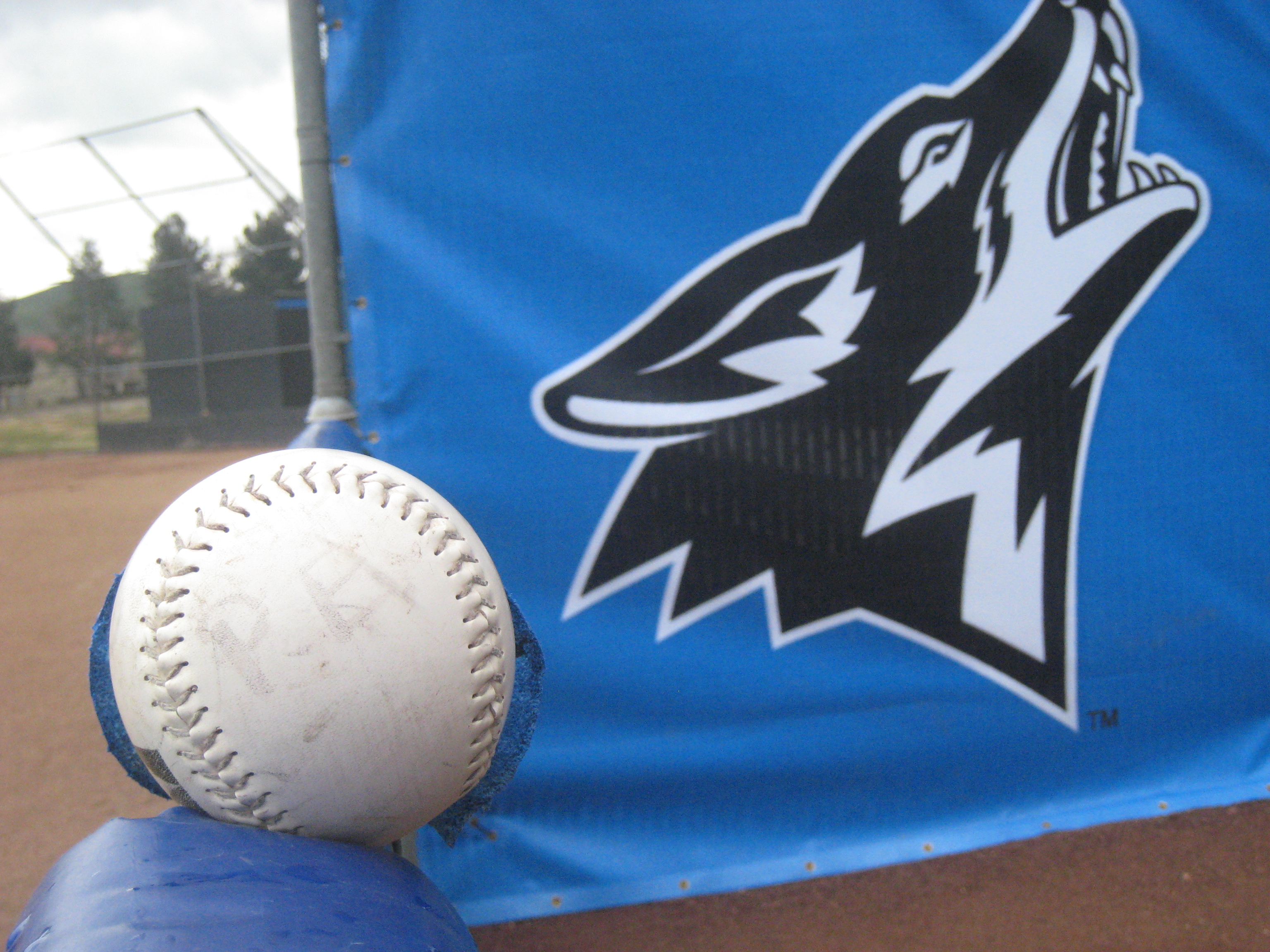 By Anthony Morales | Staff Writer | The Coyotes endured a two day tournament against the NCAA that ranked fifth team, the Toros of CSU Dominguez Hills, in a series of double headers pulling out a win. The day looked promising as the girls split the day winning game one with a score of 6-4. As the opener began it wasn’t looking good for the Yotes as they trailed in the first four innings scoring no runs while the Toros pulled off four. In the fourth inning senior infielder Britney Butler homered to left field bringing in Darian Manuz and herself to home cutting the score in half. As the sixth inning approached, senior infielder Alyssa Flores tripled to right center bringing in … END_OF_DOCUMENT_TOKEN_TO_BE_REPLACED

By Anthony Morales |Staff Writer| The Coyote softball team took their 2-4 record to Tuscon, Arizona in the National Fast pitch Coaches Association Division II Leadoff  tournament in which they played four games and two semifinal games. Out of the six games the girls acquired two wins and were dealt four losses. The Yotes split the first-round play against the Mavericks from Colorado Mesa. The Mavericks managed the first win of the day in the opener with a score of 9-2. They scored five runs in the second inning and three runs in the sixth. Returning senior infielder Britney Butler conquered her injury, proving she’s back and ready to play as she went 3-for-4 with a triple … END_OF_DOCUMENT_TOKEN_TO_BE_REPLACED

By Anthony Morales |Staff Writer| The Coyote’s women softball team prevailed with a win against the UC San Diego Tritons in the opener with a 4-1 victory but ended with a loss in the second game with a score of 8-0. The Coyotes are now up 2-4 record overall. Suffering from a two game losing streak against the Tritons, the girls fought hard with a vengeance to redeem themselves. Trailing 1-0 through out the first five innings, senior infielder Alyssa Flores shined through towards the end of the sixth inning hitting a home run center field bringing in two players to home base. In the first half of the seventh inning infielder Charlotte Galzote managed to steal second base, advancing … END_OF_DOCUMENT_TOKEN_TO_BE_REPLACED

By Anthony Morales | Staff Writer| This past Wednesday the Coyote softball team lost both of their games against the second ranked team in the nation, UC San Diego Tritons with a disappointing loss of 8-0 in the opener and 8-2 in the second game. During the first game senior infielders Alyssa Flores and Monica Ferguson and sophomore outfielder Victoria Lievanos were the only players to have base hits in the opener. Unfortunately their efforts weren’t enough to put the Coyotes on the scoreboard and they were left scoreless at the end of the fifth inning when the game was called to an end. The Tritons, on the other hand, came in strong since the start and scored four of their eight … END_OF_DOCUMENT_TOKEN_TO_BE_REPLACED

By Anthony Morales |Staff Writer| As softball season approaches Feb. 2, the Coyotes are hoping to avoid a repeat of last season by winning their first game against Azusa Pacific University. With new team members stepping up to the plate it’s hopeful that this upcoming season will bring some challenges and victories. To avoid repeating a disappointing season with an overall record of 18-31, the team has started to prepare for conditioning during fall, lifting weights every Monday and Wednesday, and hitting hard drills during practice every day. Head coach Tacy Duncan is making sure to concentrate on drills during practice to improve the overall quality of the team. “We’re looking … END_OF_DOCUMENT_TOKEN_TO_BE_REPLACED