By Tricia Kang |Staff Writer| Under the Senate defense bill, passed on November 1, women turning 18 on or after January 1, 2018, would be forced to register for Selective Service (SS), as men must do now. "As a person who believes in equality, if I had to do it to then I would do it. Having no problem living in the U.S. as we want equal rights we should equality in both men and women including the military," said Betzy Aceves, a CSUSB Cadet Company Commander. Currently, U.S. law requires most male citizens and immigrants between the ages 18 to 25 to register in the SS system. The failure to register could result in the loss of various forms of federal aid, pell grants, and other … END_OF_DOCUMENT_TOKEN_TO_BE_REPLACED

By Kyle Richardson |Staff Writer| The war on ISIS has shifted to Libya, as American forces released militant air strikes on the coastal city of Sabratha.   The U.S. airstrikes on ISIS in Libya has shifted the war on the Islamic extremist militants from Iraq and Syria, 2,000 miles west to the North African nation.   According to Time, local officials estimated that more than 40 people were killed.   The death toll could rise because it is possible that more people are still under the rubble. It is believed more than 60 people were inside the ISIS training facility when it was hit, according to CNN.   Medium-caliber weapons including machine guns and … END_OF_DOCUMENT_TOKEN_TO_BE_REPLACED

By Raequan Harrison |Staff Writer| Russia will join President Obama in the fight against ISIS-under one condition.   “The roots of ISIS can be traced, in part, to the U.S. invasion of Iraq in 2003 and the subsequent emergence of al-Qaeda in Iraq (AQI), founded by Jordanian national Abu Musab al-Zarqawi,” according to MSNBC.   The Russian Prime Minister Dmitry Medvedev said, “the best way to combat the Islamic State of Iraq and Syria is to unite with the West, and Russia is already coordinating airstrikes with France.”   “While President Obama seems to agree, he said there is a catch: Russia must first help end the Syrian war. Just days after Russia launched … END_OF_DOCUMENT_TOKEN_TO_BE_REPLACED

Cherae Hunt |Staff Writer| The United States meddling in Chinese affairs and battles may cause a war, according to a U.S. author Jim Sciutto. The South China Sea is the subject of numerous rival territorial claims over an area that includes fertile fishing grounds and potentially rich reserves of undersea natural resources. China is increasingly showing that even far from its mainland, it sees itself as having jurisdiction over the body of water, according to Sciutto in an article in CNN Politics. Senior Pentagon officials acknowledged for the first time that China is placing weapons on artificially constructed islands in the South China Sea in an apparent attempt to assert more … END_OF_DOCUMENT_TOKEN_TO_BE_REPLACED 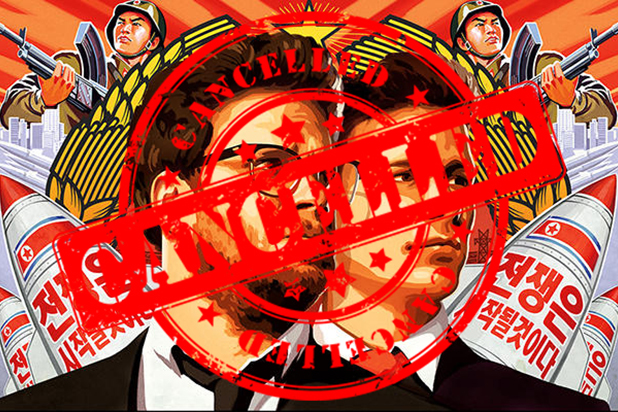 By Daniel DeMarco |Copy Editor| Sony Pictures decided to cancel the release of the new film, The Interview― what a disgrace. This decision is contemptible; plain and simple. Sony should not have cancelled the film release. The Interview has been courting controversy since it was introduced, as it is a film in which the main plot involves assassinating the current-leader of North Korea, Kim-Jong Un. Keep in mind that the film is a comedy portraying the concept in a satirical fashion, ultimately making a mockery of the whole concept. Of course, the only source of controversy to the making and release of the film was North Korea. Kim-Jong Un made threatening statements and … END_OF_DOCUMENT_TOKEN_TO_BE_REPLACED

By Emmanuel Gutierrez |Asst. Features Editor| "Fury" directed and written by David Ayer, portrays a visually stunning tale with brawn and guts that may satiate any war genre withdrawals, but disappoints with a mediocre lead actor. As the Allies march their way through the heart of Nazi Germany, the film begins with Wardaddy, played by Bradd Pitt, losing one of the best of his platoon in a tank battle. The empty seat is filled by Logan Lerman’s character Norman, the wide-eyed and innocent, novice soldier skilled in the deadly art of bookkeeping. Much of the plot deals with Norman’s repulsion and reluctance to join the mindless animosity exhibited by his war-hardened … END_OF_DOCUMENT_TOKEN_TO_BE_REPLACED

By Andres Ibarra |Staff Writer| During a surprise visit to Afghanistan, President Barack Obama promised the troops, after nearly 13 years of fighting, he intends to end the war in Afghanistan by the end of this year. Speaking to the troops at Bagram Airbase, Obama said the war has reached a crucial point with Afghan forces claiming primary responsibility for their country’s security. This will allow most of the 32,000 stationed U.S. troops to depart. However, he still plans on having a few troops to remain stationed in Afghanistan in order to protect the gains made during the war, according to The Huffington Post. “After all of the sacrifices we've made, we want to preserve the … END_OF_DOCUMENT_TOKEN_TO_BE_REPLACED

By Andres Ibarra |Staff Writer| As the world becomes an even hotter oven, the demand for natural resources like water is rising and many fear the possibility of nations going to war over the declining resources. The possibility of conflict over natural resources accompanying climate change is hitting the poor the hardest. Retired Brig. General Chris King told Responding to Climate Change, an internet blog, that dealing with climate change is like getting sucked into a war that lasts 100 years and that the military will need to plan when trouble starts. “There is no exit strategy that is available for many of the problems,” King told the blog. “You can see in military history, when … END_OF_DOCUMENT_TOKEN_TO_BE_REPLACED

By Daniel DeMarco |Staff Writer| Oct 18: UN Security Council seat rejected by Saudi Arabia Saudi Arabia was elected as a non-permanent member of the UN security council and the country rejected the seat, according to Aljazeera. Saudi Arabia attributes the decision to the Security Council's failure in carrying out duties to resolve the Syrian civil war or punish the Syrian president's regime.   Oct 19: 3,000 miles of Dead Ocean According to ENENews, a man sailed across the Pacific Ocean from Osaka, Japan to San Francisco, where the sailor described the sea as "dead." He reported seeing hardly any wild life, but instead saw "garbage in astounding … END_OF_DOCUMENT_TOKEN_TO_BE_REPLACED

By Daniel DeMarco |Staff Writer| Weapon experts have begun their mission to erase Syria’s capacity to manufacture chemical weapons by Nov. 1, and completely rid Syria’s stockpile by mid-year of 2014. The first week of the operation will be focused on verifying Syria’s disclosure on what exactly they have stockpiled and the various locations of them, as well as planning visits to the locations themselves. After these initial steps of the operation, a second group of inspectors will join the team for dismantling. The chemical weapon stockpiles are estimated to be around 1,000 tons each and spread across the country in as many as 50 different sites. The team was staying at the … END_OF_DOCUMENT_TOKEN_TO_BE_REPLACED