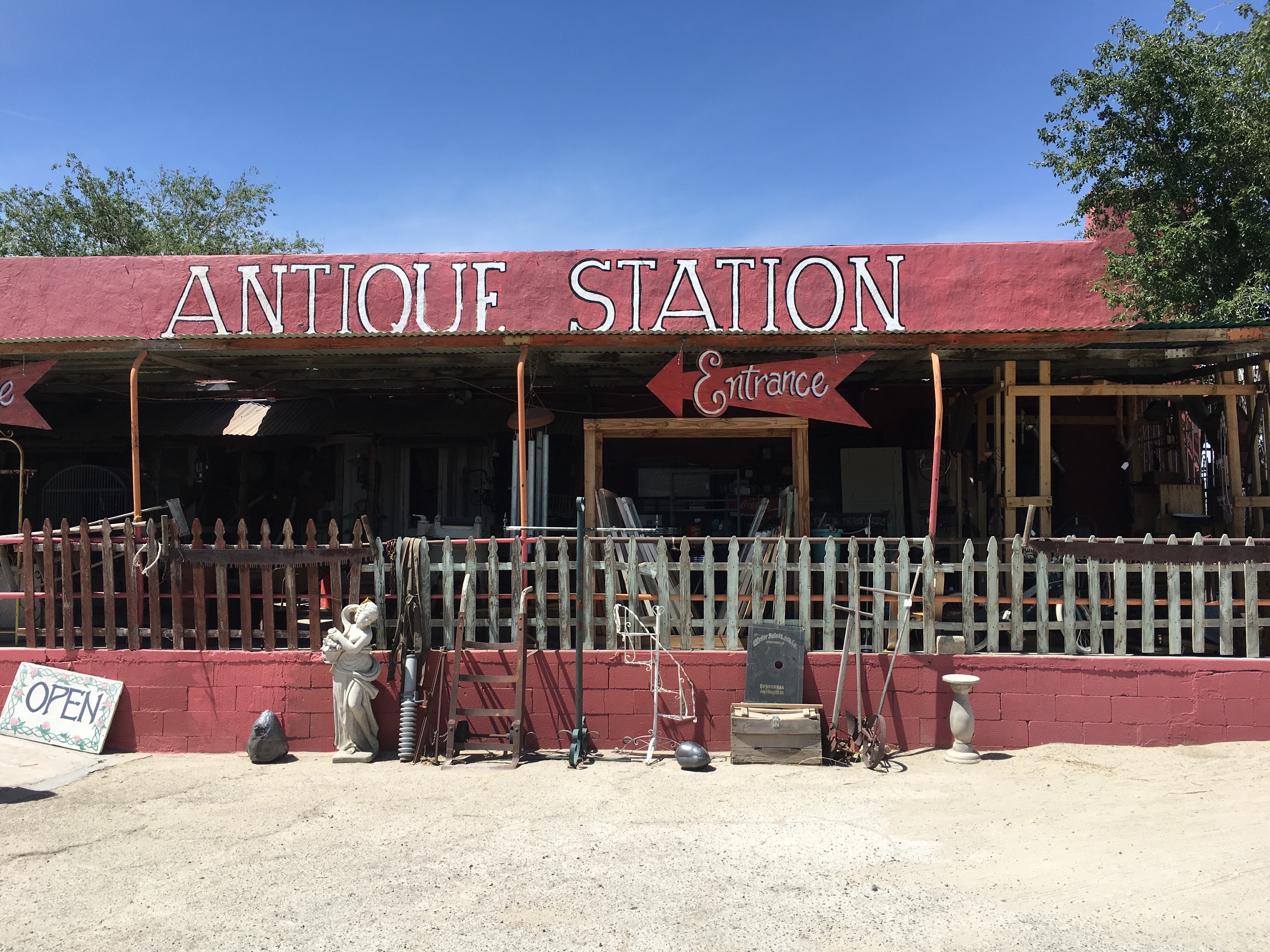 By Elizabeth Taylor |Staff Writer| Students from all over the globe are stopping by the Antique Station and taking advantage of the many vintage and artsy finds that will fit comfortably in any dorm room. The Antique Station is the largest and longest running antique store on Route 66; this old train depot holds some of the rarest finds around, and the array of items spans across generations that some may not know or have forgotten about. “I have purchased a nightstand and furniture for my sister’s room from here,” said VVC student and local resident, Honor Babb. “Today, I’m mostly looking for a mask to add to our wall of masks and an ash tray for my dad, even though he doesn’t … END_OF_DOCUMENT_TOKEN_TO_BE_REPLACED

By Mary Moreno |Staff Writer| Thrift shopping is an affordable way to spruce up your wardrobe while on a students budget. For this article I invested $20 to see if I could build an entire outfit from thrifted items. The location I choose was ECO Thrift on E. st. in San Bernardino. ECO Thrift was packed to the brim with shoppers which was unexpected on a Wednesday at noon. I examined each rack of clothing carefully, first the dresses, then the skirts. Amongst the shirts there was an awesome vintage patterned gathered skirt for only $2.98, score. A beige chiffon shirt from Forever 21 listed at $1.98 and a New York & Company cardigan for $2.98. The piece de … END_OF_DOCUMENT_TOKEN_TO_BE_REPLACED

By Shannon Luster |Staff Writer| She and Him returned with a 14-song compilation of catchy and foot-tapping good tunes in their third album Volume 3, recently released on May 14. Zooey Deschanel and M. Ward make up the band, which has become wildly popular, especially in the independent music circuit. The band’s music is an influence from 1960s bands like The Beach Boys, well known for their breakthrough, psychedelic album, Pet Sounds, in 1966, including popular songs like “Good Vibrations.” She and Him’s vintage fashion sense also reflects their music, both a throwback to an earlier era, but with a modern twist. One of the songs Deschanel sings in Volume 3 is “Hold Me, … END_OF_DOCUMENT_TOKEN_TO_BE_REPLACED

By Priscilla Arvizu |Staff Writer| Online shopping has become a quick convenient form of shopping for many students. Not to mention, always searching for the best budget friendly deals. We are all aware that college comes with a flashy price tag. “I think it is a unique way for students to find innovative things, like fashion items and gift ideas, its really neat!” said student Ashlynne Macan. Etsy.com is a website and app that focuses on a wide range of handmade or vintage items. This site provides items such as jewelry, beauty products, clothing, art, home décor and much more. School can be seen as a runway for many students. Maybe not everyday, but on those days students … END_OF_DOCUMENT_TOKEN_TO_BE_REPLACED