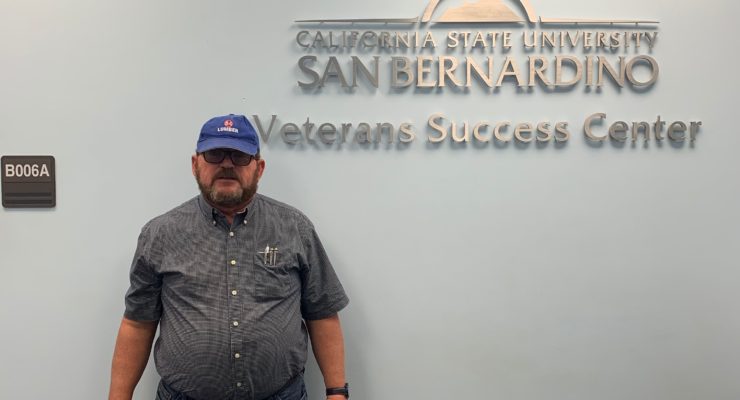 The Veterans Success Center is more than just a resource center to those who are a part of that community. It’s a place where those who have suffered pain and loss for serving our country can relax and feel at ease. Director, Agustin Ramirez, says being "ranked nationally as the top school in California and number 14 in the nation according to Best for Vets, " this center is a place where those who serve for our country, dependents of those who serve, and ROTC cadets can feel like themselves and be comfortable in a place where there are others like them in a successful environment. It helps them with closure and to feel like they’re not alone. Some of the resources provided for use are … END_OF_DOCUMENT_TOKEN_TO_BE_REPLACED

[su_custom_gallery source="media: 144400" width="1600" height="1600"] On May 14, a ceremony was held on the lawn in front of the John M. Pfau Library for Armed Forces Day. This also started the annual yellow ribbon campaign at CSUSB, where several organizations and clubs decorate trees across campus to honor military members. This year’s event was organized by Deborah Buck, the Events Coordinator at the Veterans Success Center. “Today’s event has been happening for over five years here at Cal State San Bernardino,” says Jaime Espinoza, the School Certifying Official at the Veterans Success Center. “The turnout was very good.” Trees are decorated with yellow ribbons to represent … END_OF_DOCUMENT_TOKEN_TO_BE_REPLACED 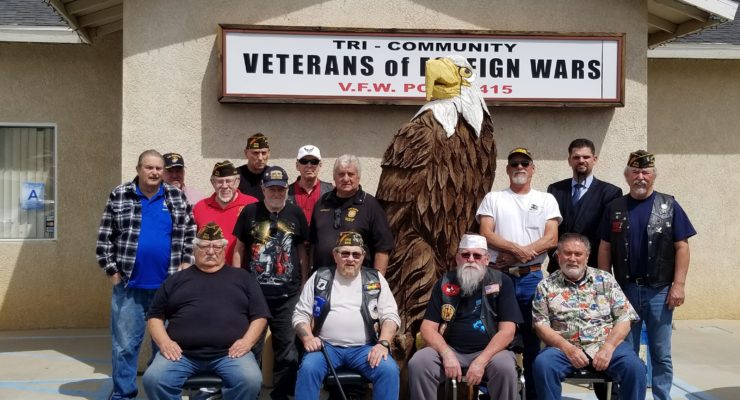 April 30, marks the 44 year anniversary of the end of the Vietnam War. An unpleasant time to be a soldier. In 1955, President Eisenhower committed US support to South Vietnam. Beginning a war that today stands as the second longest that required American combat forces. The first being the ongoing conflict in Afghanistan. During this war that spanned two decades, over 58,000 American soldier’s lives were lost. On the other side, nearly 2 million Vietnamese perished. Another 12 million became refugees. Tom Eberhardt served in the Navy from 1967 through 1970 and served in Vietnam. Still visibly upset, he remembers his time in basic training vividly. He recalls a commander that on … END_OF_DOCUMENT_TOKEN_TO_BE_REPLACED 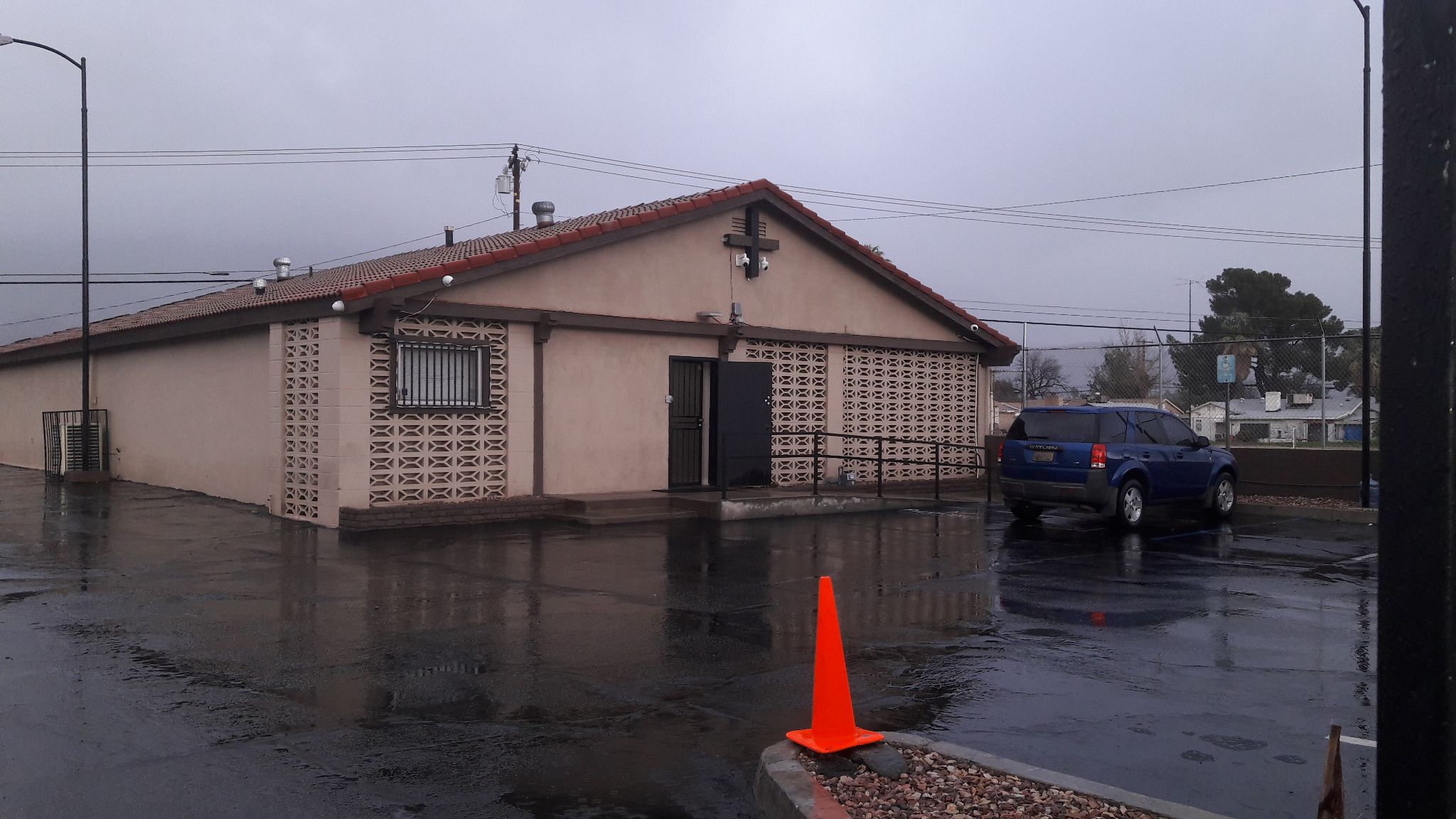 By Arturo Brooks |Staff Writer| Substance use disorder (SUD) has risen with veterans using medical marijuana for post-traumatic stress disorder (PTSD) in the past fiscal years. From 2002 to 2014, the use of marijuana has risen 22.7 percent in veteran community, according to Veterans Affairs (VA). As of 2014, 40 thousand veterans with both SUD and PTSD were diagnosed with cannabis use disorder, according to VA. According to Dr. Smith, there are problems associated with the use of medical marijuana. “Physical dependence is a state that develops as result as tolerance or adaptation from the result of use of the drug disrupting the bodies biochemical,” said Smith. “Marijuana … END_OF_DOCUMENT_TOKEN_TO_BE_REPLACED

By Francisco Villegas |Staff Writer| CSUSB ranked eight out of the top 25 universities for veterans in the Veterans Benefits Administration bill.   “There are many things that the ranking takes into consideration, some of the things are student population, members, number of veterans, dependents and how we [CSUSB] participate in the GI bill,” said Reuben Perales from the Veterans Success Center at CSUSB.   “CSUSB was named a ‘Military Friendly School’ by GI Jobs and given a spot on the President’s Higher Education Community Service Honor Roll with distinction,” according to bestvalueschools.com.   “Military culture, financial assistance, flexibility, general … END_OF_DOCUMENT_TOKEN_TO_BE_REPLACED

By Stephanie Woodward |Staff Writer| Issues regarding adequate services and resource provisions for Veterans should continue to be a top priority in our nation. The CSUSB Veterans Success Center (VSC), located next to the Bookstore, has served many Veterans. Due to all the success, they have opened a second success center on the Palm Desert Campus. VSC offers Veterans academic support such as free tutoring, use of computers and free copying. CSUSB was ranked 12th in “Best for Vets: Colleges 2014” by the Military Times. Veterans of the U.S. armed forces are eligible for a broad range of services and programs, such as health care benefits, home loan guarantees and transition … END_OF_DOCUMENT_TOKEN_TO_BE_REPLACED

By Chelsea Galvez |Staff Writer| Student Veterans suffering from Post Traumatic Stress Disorder (PTSD) can participate in Neurofeedback sessions through The Institute for Research, Assessment and Professional Development at CSUSB. The Neurofeedback program, developed four years ago by the Institute for research at CSUSB, may be used for individuals ages five-95 who suffer from depression, ADHD, epilepsy and more. Neurofeedback aids veterans suffering from PTSD as an alternative method to medication and analyzes an individual’s brain waves to identify parts that aren’t working to their highest ability. “Using neurofeedback, we can monitor their brain waves and identify the exact areas … END_OF_DOCUMENT_TOKEN_TO_BE_REPLACED

By Mark Mascetti |Staff Writer| It is our job, I believe, to honor members of the armed forces who served this nation. Let’s come together and show them our support. This Wednesday, the Santos Manuel Student Union will host an Armed Forces Appreciation Day from 4:00 p.m. to 8:00 p.m. in the Gamers Lounge. Student veterans be able to play free video games and receive free food. What many students don’t realize is that CSUSB was rated as a top university by the Military Advancement Education program for its effort to work with our veterans. “We have had over 200 people apply for the fall quarter that have acknowledged themselves as a veteran,” said Admissions Advisor and … END_OF_DOCUMENT_TOKEN_TO_BE_REPLACED

By Donte Medder |Staff Writer| CSUSB celebrated the 238th birthday of the Marine Corps on Nov. 1, where the Veterans Success Center coordinator Marci Daniels and student and Marine Reuben Porales organized an event honoring the Marines Corps. The Marine Corps was established on Nov. 10, 1775 and has since distinguished itself as one of the most prestigious military fighting organizations in modern history. At this time every year, Marines are called together to celebrate the accomplishments of the past as well as honor those who have served in the past. Porales said, “This is the second year we’ve had this event and it’s grown from the past year.” The birthday celebration … END_OF_DOCUMENT_TOKEN_TO_BE_REPLACED

By Luz Hernandez |Staff Writer| CSUSB has been ranked number one among all public universities for the support and services it offers to its military personnel and veteran students, according to a survey taken by Military Advanced Education (MAE) 2013 Guide to Military-Friendly Colleges and Universities. MAE surveys more than 300 U.S. colleges and universities, including private, public, for-profit, not-for-profit, four-year and two-year colleges in California, in which CSUSB placed sixth overall. MAE reportedly judged CSUSB and others in-depth regarding support, financial, military culture and flexibility. Our campus offers support for military students, including veterans, … END_OF_DOCUMENT_TOKEN_TO_BE_REPLACED