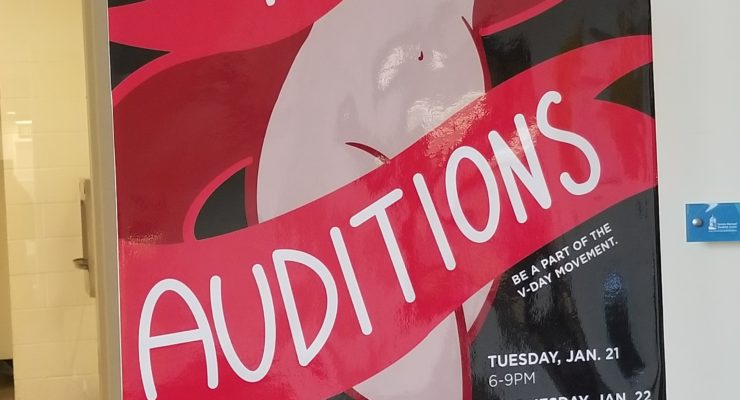 Auditions were held for the CSUSB production of Vagina Monologues. These auditions occurred on Tuesday, January 21, and were offered exclusively to CSUSB affiliates. It was conducted by Assistant Director, Jacob Chacko; Student Programming Assistant of the San Manuel Student Union (SMSU) Women’s Resource Center, Starr Booth; and fellow student associates of the SMSU Women's Resource Center. Vagina Monologues has become a tradition here at CSUSB, as the production is performed annually on campus. The original playwright, Eve Ensler, is an activist against gendered violence, whose work is world renowned. The play has been translated to over 48 languages and staged in several countries, … END_OF_DOCUMENT_TOKEN_TO_BE_REPLACED