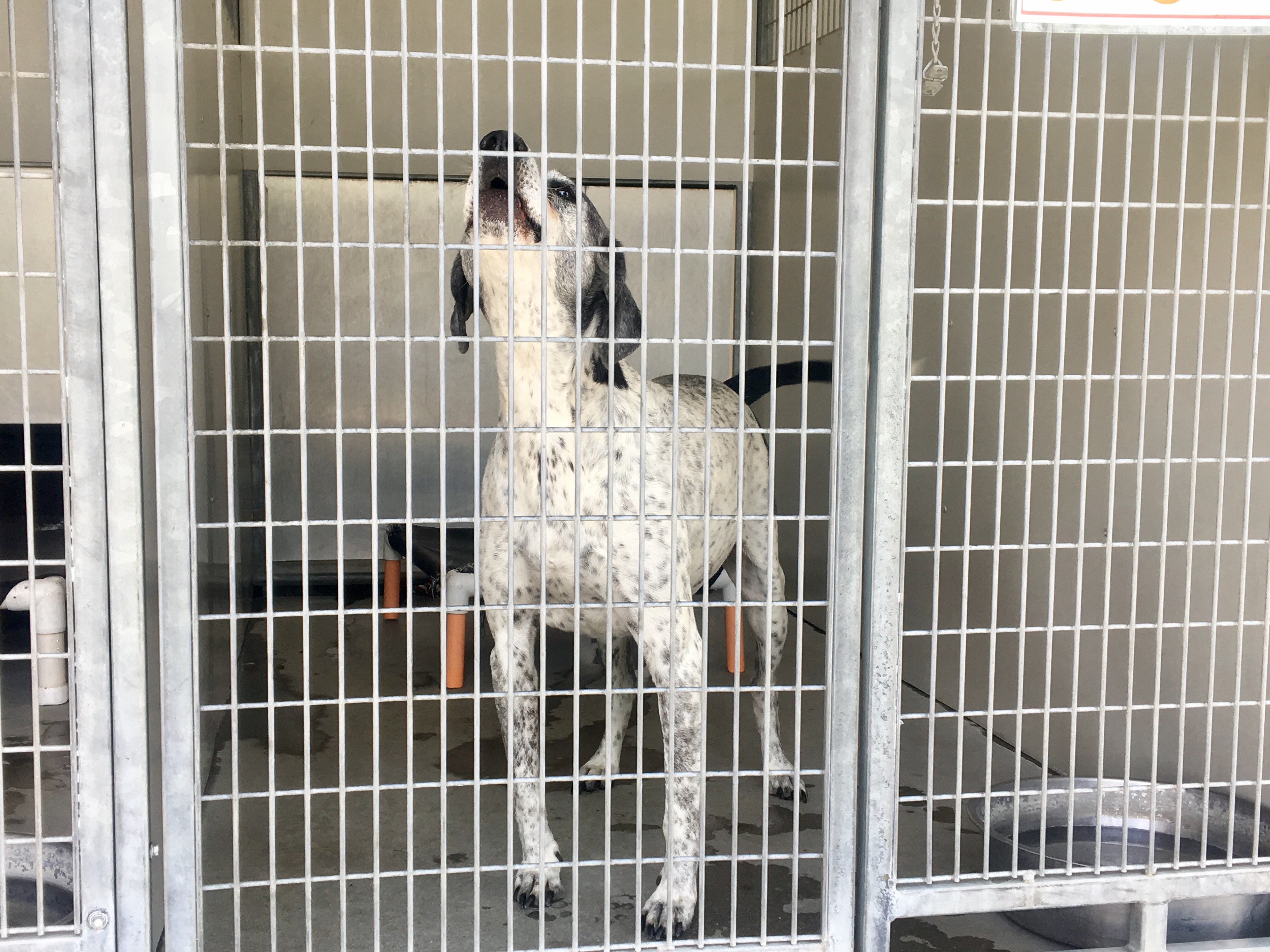 By Daisy Figueroa |Staff Writer| Pet adoption is a gift for both the new pet owner and the pet as well. If you are thinking of adding a pet into your life, adoption is a great option to consider. By adopting a pet from a shelter or rescue group you can save a life. About 2.7 million adoptable dogs and cats are euthanized in the United States each year, according to the Humane Society. Many pets come into shelters, and not enough people consider adoption when looking for a pet. Adopting a pet not only saves the life of your loving new pet, it opens up space at the shelter for another animal that needs refuge. The number of abandoned and unwanted litters dramatically … END_OF_DOCUMENT_TOKEN_TO_BE_REPLACED

By Israel Ramirez |Staff Writer| This years historic election is in the books. The election saw Trump defeat Clinton by a difference of 58 electoral votes leaving the four-decade New York politician with only 218 votes, and 276 in favor of the New York businessman, Donald Trump. “I feel betrayed by the nation. Over and over again we’re told that racism isn’t a thing anymore, that sexism was overcome years ago, and that we’re all equal. But, the results show the complete opposite, I feel that the nation embraced trumps bigotry and in return millions of people of color, women, and immigrants woke up in fear today,” said local resident Erika Anaya. In the past year this election … END_OF_DOCUMENT_TOKEN_TO_BE_REPLACED

By Tricia Kang |Staff Writer| Under the Senate defense bill, passed on November 1, women turning 18 on or after January 1, 2018, would be forced to register for Selective Service (SS), as men must do now. "As a person who believes in equality, if I had to do it to then I would do it. Having no problem living in the U.S. as we want equal rights we should equality in both men and women including the military," said Betzy Aceves, a CSUSB Cadet Company Commander. Currently, U.S. law requires most male citizens and immigrants between the ages 18 to 25 to register in the SS system. The failure to register could result in the loss of various forms of federal aid, pell grants, and other … END_OF_DOCUMENT_TOKEN_TO_BE_REPLACED

By Nicholas Whitt |Staff Writer| Hide your kids! Hide your wife! Hide your husband! A virus called Zika (just like Ebola and the swine flu) is coming to take us all away—or that's what the media is telling us. However, I disagree. The media is only using this virus as a means of getting traffic on their website because in fact, the virus is not a big deal—AT ALL—at least in the U.S. Within the past month there have been a total of 52 Zika virus cases in the U.S., all of them are from people traveling in areas of Africa, Southeast Asia, and the Pacific Islands, according to Center for Disease Control (CDC). There has not be a single case yet of someone acquiring it … END_OF_DOCUMENT_TOKEN_TO_BE_REPLACED

By Erendy Torres |Staff Writer| "Make America great again," is the slogan Donald Trump is utilizing in his presidency campaign. Interestingly enough, Adolf Hitler's slogan was "Make Germany great." What does Trump mean by, "Make America great again"? Does this mean taking away peoples' lands and forcing them to move to a segregated area? Or does this mean putting the country through an economic slump for an entire decade? America was not "great" when these events took place, just as Germany was not "great" during Hitler's sovereignty. "Whatever time era you point out in our country’s almost 300-year history was emblazoned with propaganda," stated Liana Maitland in the … END_OF_DOCUMENT_TOKEN_TO_BE_REPLACED

By Manuel Sandoval lStaff Writerl More Mexican immigrants, documented and undocumented, are returning to Mexico instead of staying in the United States. An estimated 870,000 Mexicans came to the United States between 2009-2014, but one million returned home. In 2014, there were 11.3 million unauthorized immigrants in the U.S., according to Pew Research.   “The net decline in Mexicans was driven by the great recession in the U.S. that made it harder to find jobs, and the economy is improving in Mexico,” said Mark Lopez, director of Hispanic research center.   Fourteen percent of the one million Mexicans who returned to their home country since 2009 said they did so … END_OF_DOCUMENT_TOKEN_TO_BE_REPLACED

By Yara Del Rio-Dominguez |Staff Writer| Americans detained in North Korea have been released back into the United States (U.S.) after being sentenced to six years of hard labor. Both Kenneth Bae, 46, former Lynwood resident, and Matthew Todd Miller, 24, a Bakersfield resident, are the last two Americans detained in North Korea, according to CNN. “The charges for which Miller and the other detained U.S. citizens were arrested and imprisoned would not give rise to arrest or imprisonment in the U.S.,” said spokesman Darby Holladay. Unclear of exactly what law they broke, both Americans remained in North Korea and did not know exactly what their charges were until they went to trial. The … END_OF_DOCUMENT_TOKEN_TO_BE_REPLACED

By Francisco Casillas  |Staff Writer| The United States ranks low in terms of getting faster Internet speeds for a lower price compared to other countries, according to a report released Thursday, Oct. 30 by Open Technology Institute. “Data suggests that most U.S. Internet service providers lag behind European and Asian cities in terms of what consumers pay for 25 megabits per second (Mbps) of service, and what consumers can get for $50,” stated the report. Los Angeles ranks low in average price of plans ranging from 25 to 50 Mbps. The average price for Los Angeles stand at under $70 a month, although cities like London are as low as $25 a month for the same speeds Currently, cities … END_OF_DOCUMENT_TOKEN_TO_BE_REPLACED 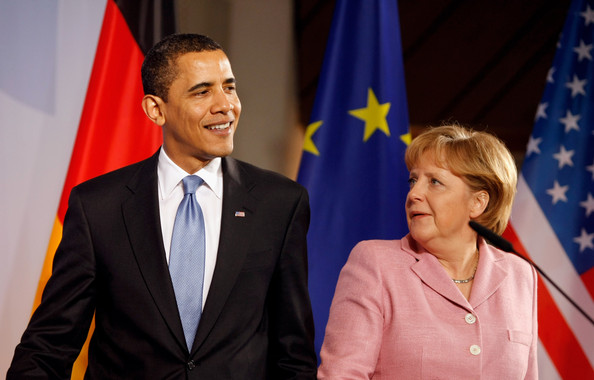 Shane Burrell |Sports Editor| Recent relations between Germany and the United States have been compromised due to allegations blaming the U.S. of espionage. With the last major case of Edward Snowden releasing NSA documents and U.S. servelillance on phone and internet communications to the public just this last year, the United States is now being accused of espionage.The allegations were revealed to the public on Thursday, July 3 by the German government.  The New York Times writers Alison Smale and Melissa Eddy report that Germany has requested the expulsion of the U.S. intelligence services' representative of the United States embassy in Germany. These recent situations … END_OF_DOCUMENT_TOKEN_TO_BE_REPLACED

By Marlyn Rodriguez |Opinions Editor| More than 100 people die every day from prescription drug addiction in the United States. Doctors write approximately 300 million drug prescriptions a year. In 2010, doctors prescribed enough pain medication to provide a dosage to all the adults in the U.S. every four hours for a month, according to The Los Angeles Times and The Daily Beast. Drug addiction claims more lives than gunshot wounds, car accidents or suicide, according to the The Daily Beast. The Center for Disease Control (CDC) states that in 2010 30,000 of the 38,000 deaths due to drug overdose were unintentional. The Huffington Post compares that number to the 34,000 deaths from … END_OF_DOCUMENT_TOKEN_TO_BE_REPLACED