By Shannon Luster |Staff Writer| The local theaters and venues in San Bernardino and Riverside offer highly anticipated live entertainment ranging from plays to music festivals and performances. The Fox Theater is well known for historically being the first theater to present the classic movie “Gone with the Wind,” starring Vivien Leigh and Clark Gable back in 1939. The Masters of Harmony returned to the venue with a performance called “Pulling Out the Stops," on April 28. The choir, directed by Justin Miller, sings different types of songs such as: jazz, Broadway, classical and more, according to the Fox Theater’s official website. The theater is also looking for … END_OF_DOCUMENT_TOKEN_TO_BE_REPLACED

By Anthony Lopez |Staff Writer| Cool tunes sailed throughout the Coussoulis Arena last Friday when indie band Best Coast performed at CSUSB while out on their promotional tour for their new album, The Only Place. The garage surf rock duo from Los Angeles, consisting of Bethany Cosentino on vocals and rhythm/bass guitar and Bobb Bruno on lead guitar, created a relaxed atmosphere for concertgoers. Before the show started, the diverse audience was noticeably excited for Best Coast's signature surfy sound. The night, however, started off more metallic with the opening act of Chelsea Wolfe. LA Times music critic Randall Roberts has said that Best Coast’s music "hits the target and … END_OF_DOCUMENT_TOKEN_TO_BE_REPLACED

By Desirae Contreras |Staff Writer| CSUSB’s first Coyote Karma fundraising event, "What you give is what you get," raised $860 towards scholarships. Coyote Karma raised $430 in student donations and along with the Karnig Scholarship Challenge Match, that amount was doubled to a $860 estimate. The money that was raised will go towards student scholarships. The event was held by the public relations practicum course, Comm 243D, in cooperation with Development and Annual Giving, Student Leadership and Development and Associated Students Inc. The Coyote Karma event is the first to initiate the student-giving campaign which motivates students to invest into their education institution by … END_OF_DOCUMENT_TOKEN_TO_BE_REPLACED

By Desirae Contreras |Staff Writer| Being a disk jockey is not just about music. It is about knowing yourself, multi-tasking and knowing how to please a crowd. Disk jockey Walter Martinez not only juggles his responsibilities as a full-time student studying mass communications, an AV tech, a DJ for the Santos Manuel Student Union and a member of the Underground Music Society, he even works with ASI here on campus. He graduated in February 2012 from Scratch DJ Academy in Los Angeles and is now working on pursuing and branching out in his career in the music industry. “Before I didn’t know how to combine  styles and utilize [them] in a powerful way that can jam for everyone but now … END_OF_DOCUMENT_TOKEN_TO_BE_REPLACED 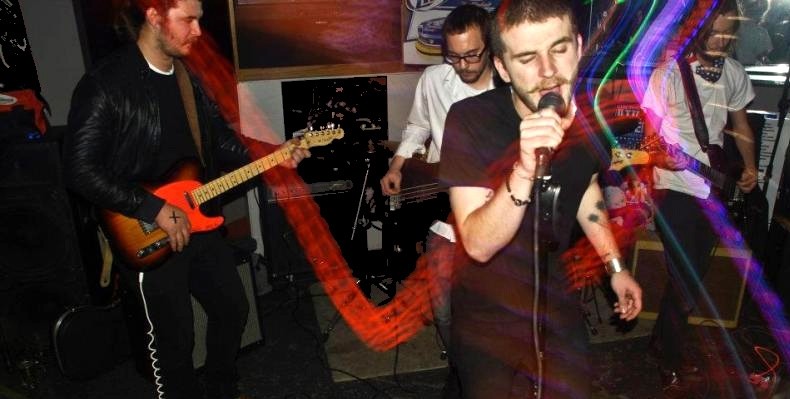 By Edward Hewitt|Staff Writer| “Music is universal. You cannot name one person that has not been affected by music,” said Emanuel Rodriguez the lead entrepreneur of the Underground Music Society Club. “The Underground Music Society Club is a newly chartered entrepreneur club on campus whose members are passionate about music and the impact it has on our lives and ideals,” said Rodriguez. The UMS have been working closely with the Entrepreneur Club on campus, which have been helping with their strategies for this year. For next quarter, UMS plan to sell T-shirts; they also have big events coming up later on the year that will draw in more numbers and make them grow as a … END_OF_DOCUMENT_TOKEN_TO_BE_REPLACED

By Justin Mathew Dennis |Staff Writer| Music from the Rock-A-Holics Happy Hour filled the student union on Feb. 23. The Underground Music Society held an event to support and promote local bands from the Inland Empire. The Underground Music Society is all about promoting music culture and conscience on CSUSB campus. The Local Band Spotlight introduced three local bands: Psychedelic Milk, Feather Static and Violet Sun. These bands offered a good variety of rock music, from a classic rock sound to an acoustic feel. The first band, Psychedelic Milk, has an interesting music style that does a good job of grabbing the listener's attention. “It's rock and roll with a hint of … END_OF_DOCUMENT_TOKEN_TO_BE_REPLACED