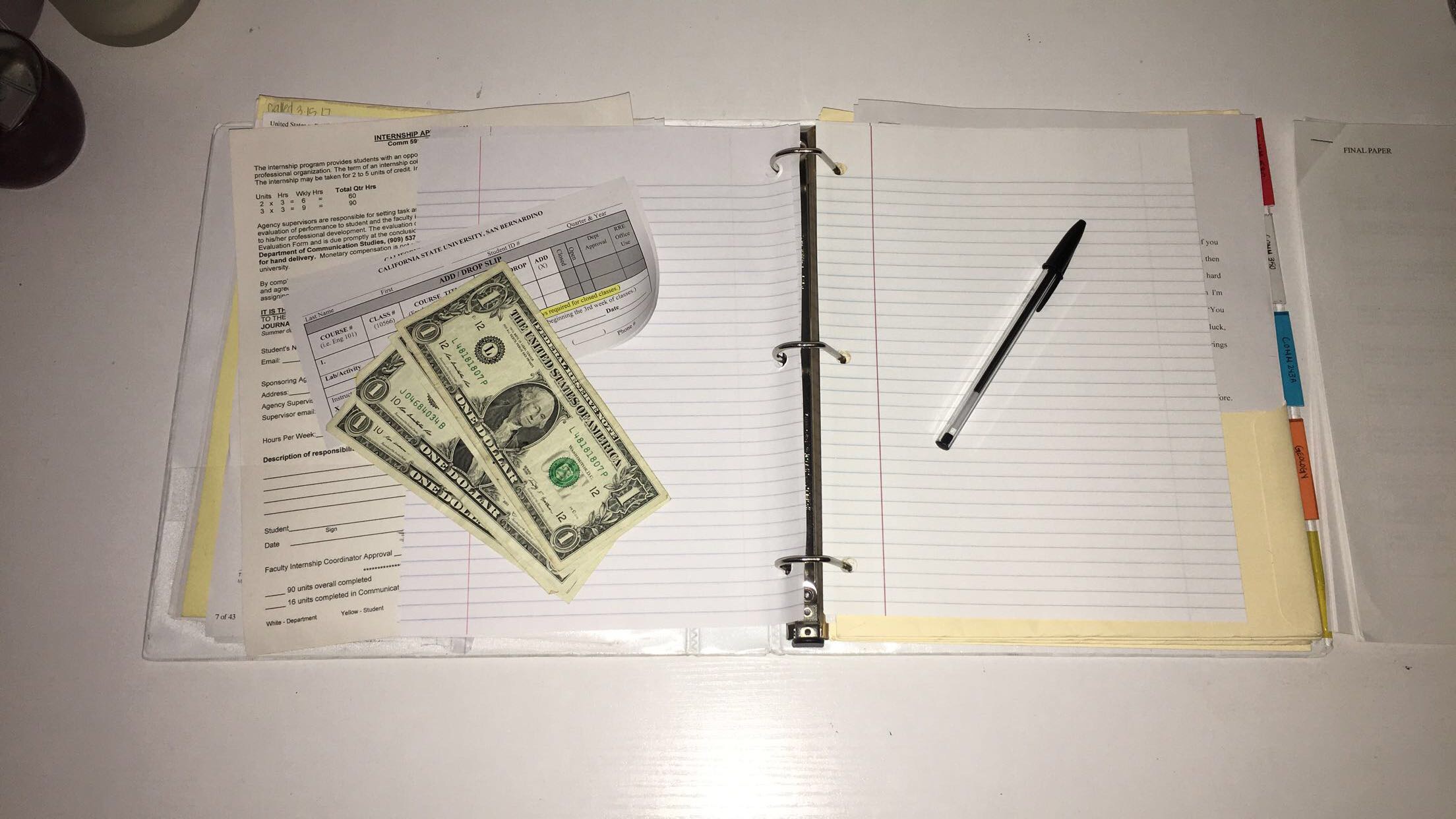 By Brittanie Gutierrez |Staff Writer| The California State University (CSU) Board of Trustees approved a $270 tuition increase to take place fall 2017. According to a statement released from the CSU Office of the Chancellor on March 22, the tuition increase will “generate $77.5 million for student success initiatives.” “If our advocacy efforts do not result in adequately funding the trustees’ budget request, the revenue generated by this increase will allow us to add faculty, courses, advisors and other resources to improve students’ opportunities for success,” said CSU Executive Vice Chancellor and Chief Financial Officer Steve Relyea. At CSUSB, students have felt the impact of … END_OF_DOCUMENT_TOKEN_TO_BE_REPLACED

By Estefania Torres |Asst. A&E Editor| College education is one of the most talked about topics among young adults. High school graduates are usually faced with the hard decision of either getting their degree or going straight to work. Some people argue that education is needed to make a decent living, while others believe that education is a waste of money and time. In the economy that we live in today, an education is needed to live a comfortable life. "By the year 2020, 65 percent of all jobs in the economy will require post-secondary education and training beyond high school," according to a report published by Georgetown University Center on Education and the Workforce titled … END_OF_DOCUMENT_TOKEN_TO_BE_REPLACED

By Elle Carlos | Staff Writer | Chancellor Timothy White discussed upcoming goals for the 2016-17 academic year on Jan. 26, at his State of the CSU address.   White focused on the need for CSU’s to close the achievement gap, the rate between white and minority student graduates.   “I am acknowledging that empowering historically under served, low-income, first-generation and English-as-a-second-language communities demands more of our time, attention and resources. It requires our best thinkers and best doers,” said White.   With the ongoing budget negotiations for the coming year, students can be reassured that tuition will not increase within the upcoming … END_OF_DOCUMENT_TOKEN_TO_BE_REPLACED

By Manuel Sandoval |Staff Writer| Students nationwide protested as part of the Million Student March on Nov. 12 in hopes of a $15 minimum wage for all campus workers, free college tuition, and cancellation of all student debt.   Students from more than 100 campuses including the UC system and some private colleges on the east coast showed their support during the march.   On the Twitter account for the march, students were given chants to recite and advised to walk out of class. The march was organized through social media and the goals were inspired by a comment U.S. Senator Bernie Sanders made, insisting that it would take a million students marching to make … END_OF_DOCUMENT_TOKEN_TO_BE_REPLACED

By Taniya Harwell |Staff Writer| The Board of Trustees for the CSU system has approved an overhaul for the student success fees tacked on to tuition costs. This action was decided on during a Board of Trustees meeting on Wednesday, Jan. 28. “I’m not sure how successful the fee have made me,” said student Duayne Sayre. “Student success fees” began being implemented around CSU campuses in 2008 and are now required for enrollment at 12 CSU’s . The new policy will require a student vote after the new fee has been established for six years and after campuses undertake an education campaign to inform students about the uses and costs of the charges, according to the LA … END_OF_DOCUMENT_TOKEN_TO_BE_REPLACED

By Anthony Silva |Staff Writer| While CSUSB student debt ranks among the highest in the state, California’s college students will reportedly graduate with some of the lowest debt levels. The Institute for College Access and Success released its 2013 report on student debt and California ranked as the state with the second lowest average debt. Overall, the average college graduate borrowed $28,400. This was a two percent increase from the $27,850 average reported in 2012, according to the Institute’s report. Some states, including New Hampshire and Delaware, reported debt increases of up to 10 percent. In California, the average debt for a college graduate was $18,656 and … END_OF_DOCUMENT_TOKEN_TO_BE_REPLACED

By Francisco Casillas |Staff Writer| On Nov. 10, in a move that could decide the internet’s future, President Barack Obama urged the Federal Communications Commission (FCC) to protect the internet as an open, accessible and free service, known as “net neutrality.” Obama believes the FCC should, “implement the strongest possible rules to protect net neutrality” by reclassifying consumer broadband service under Title II of the Telecommunications Act, which acts as a utility service. This would restrict Internet Service Providers (ISPs) from blocking service to certain websites and force them to treat all Internet sites the same, whether they are large media corporations, such as Netflix … END_OF_DOCUMENT_TOKEN_TO_BE_REPLACED

By Robin Alcantara  |Staff Writer| The California State University (CSU) system is implementing additional mandatory fees despite an agreement made with Gov. Jerry Brown that would maintain tuition costs without increases until January 2016. The agreement would bring additional support to the CSU system from state funds if the tuition cost remained at the current $5,472 per year. Some CSU students, however, are experiencing higher educational costs charged by individual campuses through “student success fees” while standard tuition remains the same, according to the CSU website. “CSU must reserve the right, even after initial fee payments are made, to increase or modify any listed fees, … END_OF_DOCUMENT_TOKEN_TO_BE_REPLACED

By Marlyn Rodriguez |Asst. Managing Editor| Public Policy Institute of California (PPIC) reported that inflation has caused an increase in tuition. PPIC is an organization whose primary goal is to inform residents about public policies through research. According to recent reports by the PPIC, students nationwide are facing an increase in tuition and a decrease in financial aid. Within the last four years, the total tuition cost on all CSU campuses has risen by six percent, which is equivalent to $1,000. Students have not seen an increase at UCs or at private universities. The PPIC reports a price decrease of about $1,000 in private universities. Students from low-income families are … END_OF_DOCUMENT_TOKEN_TO_BE_REPLACED