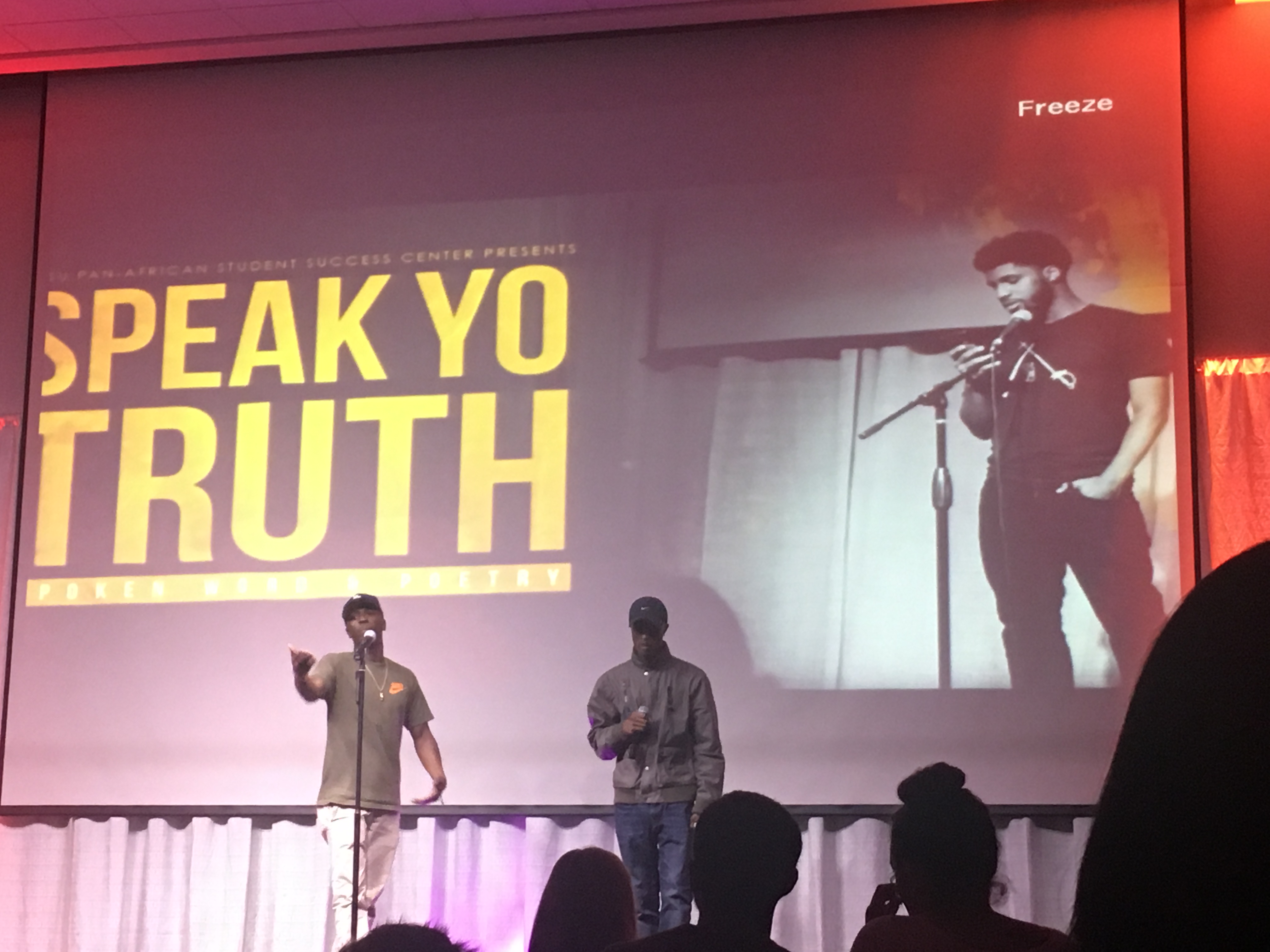 By Yesica Gonzalez |Staff Writer| Speak Yo Truth offered a platform where students could share their thoughts and recite their poetry and writing on Feb. 15. Students gathered in the Santos Manuel Student Union Events Center to hear their fellow peers express themselves in a supportive and encouraging environment. Participants expressed themselves through various art forms, whether it was through poetry or song, it was their way of sharing with the audience who they are. Students shared their experiences regarding love, politics and any personal matters. One of the performers, Jendayan Lee, recited a poem that described her personality and characteristics to the crowd. “I … END_OF_DOCUMENT_TOKEN_TO_BE_REPLACED

By Erendy Torres | Staff Writer | Honesty is dead. It's not valued anymore. We are hypocrites when we say we value honesty and are bigger hypocrites when we say we don't lie. We are selfish to expect honesty from others, normally don't think twice about lying. We hide the truth from others because we find it convenient. However, after every lie told, we confuse ourselves trying to remember what versions of "the truth" we told to those we've interacted with. "[And] that's the point. We are all liars, and we all make excuses for our ignorance of the unconscious," stated licensed California psychologist Dr. Raymond Lloyd Richmond. Even important people that are considered … END_OF_DOCUMENT_TOKEN_TO_BE_REPLACED