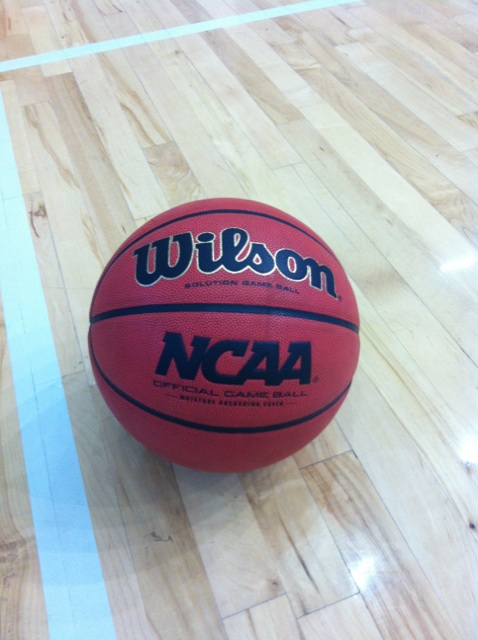 By Erin Leach | Staff Writer | Women’s basketball closed the season with a 46-55 loss against number two seed UC San Diego Tritons on Tuesday March 5. The Yotes were dealt a tough hand as the Tritons have been one of the most notable teams this past season with an overall record of 20-10. With a 13-13 overall record (11-11 in the CCAA) going into the game, it was the first time since January 2011 that the Coyotes were able to pull of a .500 average for their season. “We played hard, but we just didn’t play a full 40 minutes of basketball,” said senior Kristen Huffman. Adriana Brodie pulled off the game high 14 points while Trinidee Trice trailed behind with 12. Senior Eliza … END_OF_DOCUMENT_TOKEN_TO_BE_REPLACED

By Erin Leach |Staff Writer| The Coyote’s women’s basketball team came out even this weekend with one loss and one win. On Fri. Feb. 15, they faced CSU Chico and lost with a final score of 61-81. The following night, Feb. 16, the team came out weak but pulled through in the end against Cal State Stanislaus with a win of 61-52. The women now stand with a 10-12 record overall and an 8-10 record in the CCAA league. Prior to the loss this weekend the Coyotes had a two game winning streak and it looked like the team had been picking up steam. However, it was Chico’s domination in the second half of the game that resulted in the 20 point deficit. “In the Chico game, we played … END_OF_DOCUMENT_TOKEN_TO_BE_REPLACED

By Erin Leach |Staff Writer| The Women’s basketball team fell behind when they lost both Friday and Saturday night’s games on Jan. 18 and 19. “This weekend we didn’t come out and work hard and strong from the beginning, if we focus and work continually throughout the game, we will have better results,” said senior guard Jaslyn Cosey. With two games in the hole the Yote’s now have a record of 6-8 overall and 4-6 in the CCAA league. Neither one of the games played were completely dominated by the Coyote competition. In the game against CSU East Bay, the Yote’s lost by only three points with a end score of 54-57. The following night the final score was 47-55. “We should have … END_OF_DOCUMENT_TOKEN_TO_BE_REPLACED

By Erin Leach |Staff Writer| The Coyote Women's Basketball team dominated on the court this past Friday night, January 11, against CSU Stanislaus. With a 66-42 victory under their belt, the team took a heavy blow the following night when they lost Saturday to CSU Chico with a score of 62-56. "We played a complete game against Stanislaus, but needed to shoot the basketball better against Chico. Our offensive execution in the last five minutes of the Chico game was not good," said Head Coach Kevin Becker. Becker may be referring to the teeth-clenching last minutes of the game when our Coyotes seemed unable to score until after the Warriors had taken the lead and there was only … END_OF_DOCUMENT_TOKEN_TO_BE_REPLACED