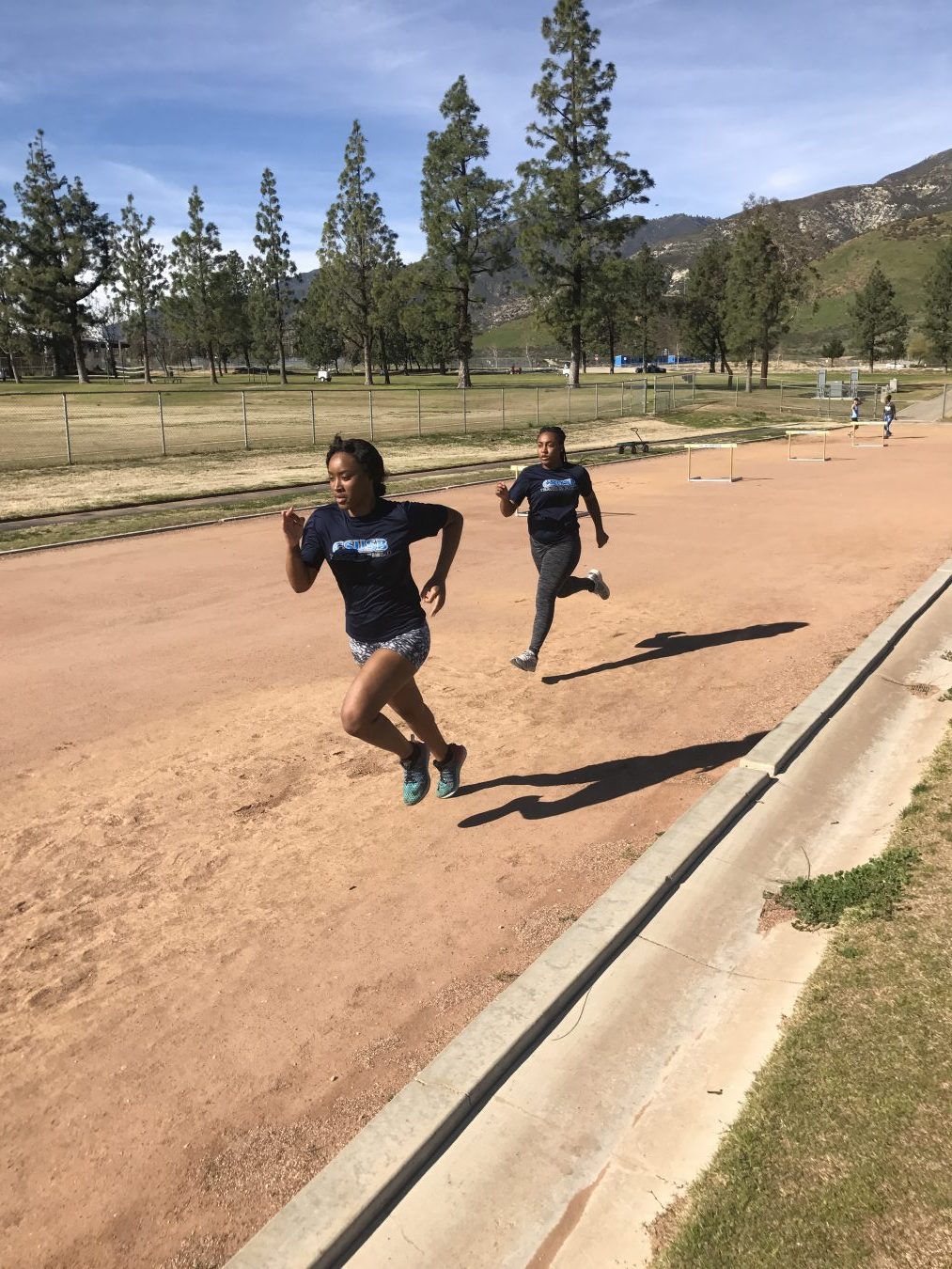 By Yera Nanan |Staff Writer| With the Rossi Relays less than three weeks away, the Track and Field team is looking to make their mark this season by coming out of the gate strong. This Division II athletic program is fairly new to CSUSB being just its third year, yet features some terrific athletes. Just last year, second year runner Sinclair Watson was one of the fastest freshmen in the conference, placing seventh in the 100 meter dash at the CCAA last year with a time of 12.48. She also ran a personal best at Point Loma which was in the 200 meter at 25.08. "It was pretty good to be a freshman and make top ten," said Watson. "It was a learning experience even though I … END_OF_DOCUMENT_TOKEN_TO_BE_REPLACED

By Mike Sessions |Staff Writer| At Hooker Oak Park’s six kilometer run, the Coyotes had one thing and one thing only on their mind, and that was first place at the CCAA Championship event. It can be a very intimidating environment seeing as the host Chico State has won the CCAA title six consecutive times, and the fact that they’re ranked seventh in the nation. With the champions lingering in the air being thinner than usual, the Coyotes were up to the challenge. However, so were the other CCAA opponents, bringing CSUSB to eighth place by the end of the event after a total score of 183. This position didn’t sit well at all with the team or the head coach. “I wasn’t happy, … END_OF_DOCUMENT_TOKEN_TO_BE_REPLACED

By Inno Sita  |Staff Writer| Coyotes’ Women Cross Country team ranked first at a meet in Pasadena City College on Friday, Oct. 4. The team made definite improvements each and every time they steppped on the track. After finishing third with 97 points in their last meet, the team acknowledged some of the best techniques and strategies to redeem themselves, proving that hard work pays off. Coach Tom Burleson is preparing the team for an even bigger challenge, the CCAA Championships. With the help of his best runners, the team is certainly on the road to victory. Senior Rebekah Frazier continues to show no sign of limitation as she finished third place with 19 minutes and nine … END_OF_DOCUMENT_TOKEN_TO_BE_REPLACED

By, Megan Acuna | Staff Writer | The CSUSB cross country team walks away from the 2012 season without any regrets. The team earned its second best finish in school history, but they’re losing senior runner Katherine Gomez, an extremely valuable part of the team. "She’s been with the team for two years and it will be difficult to replace her leadership and talent. But it’s exciting to see her move on with her career and education," says Coach Tom Burleson, who just ended his 22nd season as head coach of cross country. The team ended their season placing 11th at Kahuku Golf Course at the NCAA regional event hosted by Hawaii Pacific University. The Coyotes participated in seven events over … END_OF_DOCUMENT_TOKEN_TO_BE_REPLACED