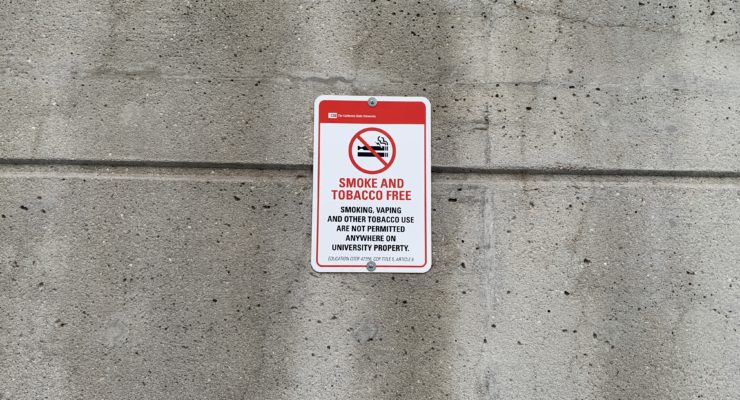 California is taking steps to ban flavored e-cigarettes after a second death has been confirmed in California. There have been multiple health concerns of breathing illnesses that have been from e-cigarette and vaping users. Up until now, there has not been a single company, device or ingredient/additive that has been directly linked to the illnesses reported. Many advocate and adult users of these flavors that are found in e-cigarettes have used such a device to help them quit traditional tobacco. These adult users feel that legislation should target those companies that are trying to market to young users. Tulare County tweeted that the Tulare County Public Health Officer is … END_OF_DOCUMENT_TOKEN_TO_BE_REPLACED 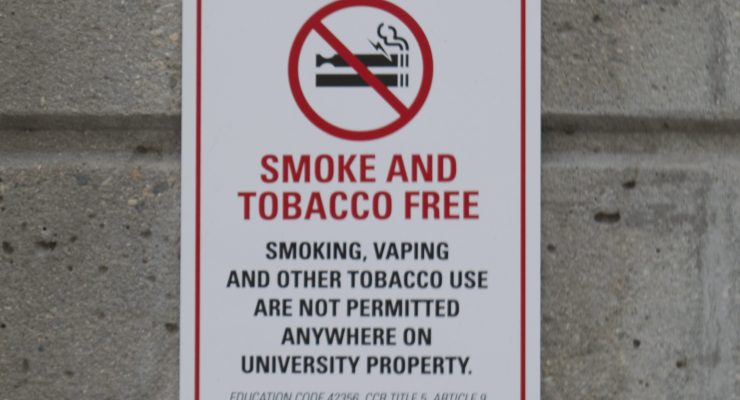 Chancellor Timothy P. White's Executive Order 1108 that bans the use of tobacco and all related products from the CSUSB campus has been receiving mixed reviews. This includes banning e-cigarettes, vaporizers, snuff and chewing tobacco on all CSU campuses, claiming that it will promote a healthier, safer learning environment. This executive order supersedes all previous campus policies related to smoking. All UC schools have been smoke-free for the past three years and now CSU schools have followed. The health risks of tobacco have been thoroughly studied and it is well known that smoking is unhealthy. However, students and faculty who are regular tobacco users are having a … END_OF_DOCUMENT_TOKEN_TO_BE_REPLACED

By Israel Ramirez |Staff Writer| Increasing the smoking age, from 18 to 21, is outrageous because it limits personal freedom. Many would argue that an 18-year-old is not old enough to make the decision whether he/she should smoke or not. I argue that if they are old enough for the country to ship them off to war, then they are prepared to make their own choices. Maybe it would be an even better idea to raise the age requirement to enlist for the selective service from 18 to 21. I agree with Gov. Jerry Brown’s decision to raise the smoking age to reduce the health issues caused by it. However, with the decision 18-year-olds are already able to make, I think increasing the age of smoking … END_OF_DOCUMENT_TOKEN_TO_BE_REPLACED

By Lupe Perez |Staff Writer| #WhiteWashedOut  Asian-Americans trended the hashtag #WhiteWashedOut because they are tired of not being represented in Hollywood on May 3. Scarlett Johansson was given the lead role in the movie “Ghost in the Shell,” playing a Japanese character of the manga series. People took to Twitter to discuss that casting directors are not casting Asians in the entertainment industry. Margaret Cho and other Asian-Americans went on to discuss the lack of diversity in actors in Hollywood. 50 Cent mocks kid with autism Rapper 50 Cent posted a video making fun of Andrew Farrell, an autistic airport employee on May 3. In the video, he accused Farrell of … END_OF_DOCUMENT_TOKEN_TO_BE_REPLACED

By Stephanie Para |Staff Writer| Child labor on U.S. tobacco farms are having a negative effect on the working children, according to recent studies. Human Rights Watch (HRW) conducted the study, named, “Tobacco’s Hidden Children: Hazardous Child Labor in U.S. Tobacco Farming,” in which they interviewed 141 child tobacco workers between the ages of seven and 17 from the top tobacco producing states, North Carolina, Tennessee, Kentucky, and Virginia, according to CNN. “I got heat exhaustion, vomiting, feel like my stomach was trying to come out of my body,” stated Jessica Rodriguez to CNN on her experience working on tobacco farms since she was 11. The study found that 75 percent of the … END_OF_DOCUMENT_TOKEN_TO_BE_REPLACED

By Marie Fernandes |Staff Writer| Cigarette smoking is one of the leading causes of premature diseases and death in the United States with more than 480,000 deaths per year. On Feb. 5, CVS Caremark announced that by October of this year their stores across America will no longer be selling cigarettes and other tobacco products. President and CEO of CVS Caremark Larry J. Merlo said, “Put simply, the sale of tobacco products is inconsistent with our purpose.” I believe that this is a great idea on their part because cigarettes and tobacco products do not belong in a place where health care is the main focus. According to Merlo, CVS’s decision to remove tobacco products from the … END_OF_DOCUMENT_TOKEN_TO_BE_REPLACED 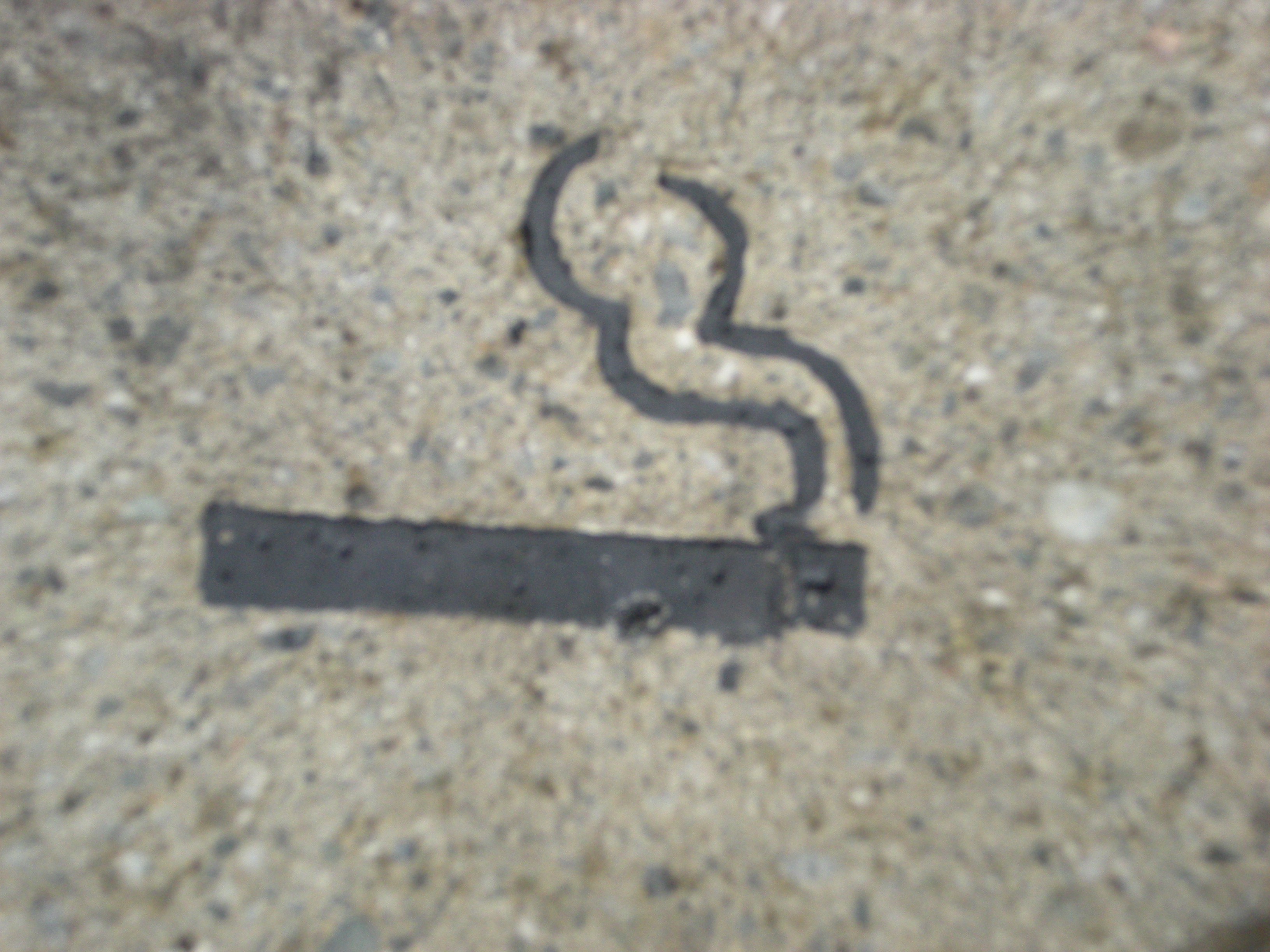 Angela Rodriguez |Staff Writer| According to Victorian Litter Action Alliance, an estimated 4.5 trillion cigarette butts are littered worldwide every year. Since our government legislation in the mid-2000s implemented smoking restrictions in public buildings and restaurants, the issue of cigarette butt litter has increased. CSUSB students can help reduce cigarette butts and other tobacco-related waste by joining TerraCycle Inc.’s Cigarette Waste Brigade, a free program dedicated to reducing litter. Upon participating in the program, for every pound of cigarette butts CSUSB collects, a dollar will be donated to Keep America Beautiful. According to a Cigarette Waste Brigade, … END_OF_DOCUMENT_TOKEN_TO_BE_REPLACED