By Cherae Hunt |Asst. News Editor| Reality television is anything but reality. I think reality shows have three basic story lines that I see every time I change the channel: competition, puff and fluff, and scripted "reality" television show. "By definition, reality TV is essentially unscripted programming that doesn't employ actors and focuses on footage of real events or situations," according to an article by Winifred Fordham Metz. I think it's the desire we have as an audience to watch how other people live, essentially seeing our life through the eyes of other people. Competition reality shows are the only reality shows that are real, in my opinion, because it doesn't … END_OF_DOCUMENT_TOKEN_TO_BE_REPLACED 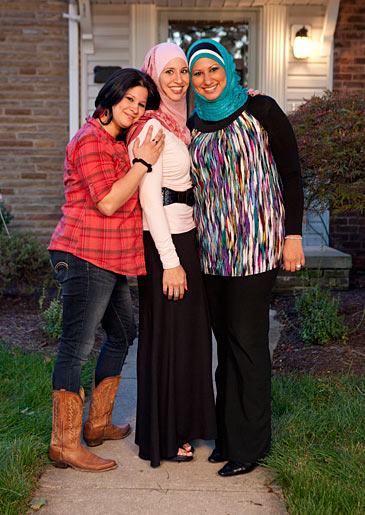 By Carolina McCarthy |Staff Writer| This November, TLC allows our society to explore the melting pot of America with their highly anticipated reality show “All-American Muslim.” This eight-part series allows people take a peek into the lives of five different Muslim-American families living in a post Sept. 11 environment. The show is filmed in suburban Dearborn, Mich. This city is known for its very large number of Arab-Americans. When producing this show, TLC chose five very diverse families ranging from a very culturally rooted family to a more “Americanized” family. The first family introduced on the TLC website is a culturally based family, the Amens. Out of the four Amen … END_OF_DOCUMENT_TOKEN_TO_BE_REPLACED