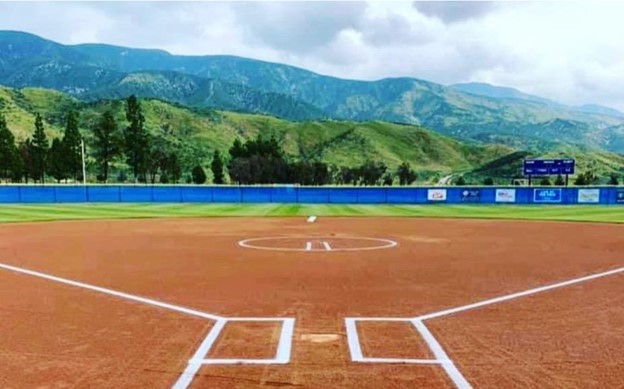 CSUSB student athletes on the softball team reveal the difficulties of learning from home and the toll it’s taken on their mental health. Student athletes have had a year of online schooling, sports and other activities. For many, this transition has been hard and came with a cost: their mental health. Kiki Foley, a junior transfer on the CSUSB softball team, discusses overcoming two cancelled seasons and her approach to coping with emotions during this time. “Ever since high school, I’ve dealt with generalized anxiety disorder. I’ve been able to find new ways to cope by relying on my parents and best friends as a positive support system,” says Foley. Foley sheds light on the … END_OF_DOCUMENT_TOKEN_TO_BE_REPLACED

By Destiny Carter |Staff Writer| CSUSB’s forensics team faced off in a novice debate against other colleges at Ohlone college in Fremont on April 30.   The event, Spring Fling, and had a total of 18 schools including CSUSB.   A total of five students from the debate team participated in the event: Destiny Carter, Eloy Carlin, Meghon Everett, Victoria Luckner and Gladys Olivia.   Two students were involved in the parliamentary debate while the other three participated as judges.   Students are given a total of 30 minutes to debate a topic while being for or against the motion.   The debate was only one day whereas some debates are two, or as … END_OF_DOCUMENT_TOKEN_TO_BE_REPLACED

By Loydie Burmah |Staff Writer| The CSUSB Coyote men's soccer team started off their nonconference opener season winning four games, but it was short lived. Their victories were followed by four losses in the California Collegiate Athletics Association (CCAA). On Sept. 4, the Coyotes, led by head coach Steve Ralos defeated the Academy of Arts Urban Knights 4-1 in San Francisco. Freshman midfielder Tony Lo opened with the Coyotes first goal within 11 minutes of the first half by taking advantage of the Urban Knights open net. Lo found his opening when the Urban Knights goalkeeper came out high from the goal box. Senior midfielder Juan Carlos Gonzalez scored two more goals in … END_OF_DOCUMENT_TOKEN_TO_BE_REPLACED

By Carley Bennecke |Staff Writer| The Coyotes’ women’s water polo team suffered two losses at the Whittier Aquatic Center on Feb. 8. They battled in their first 10:20 a.m game against Pomona-Pitzer College. Coyotes were down 6-1 after the first period, and 11-4 at the break. The Coyotes lost by over 10 points: Pomona-Pitzer 17, Coyotes 6. Junior goalkeeper Madison Morris had three saves in the first half. The game remained one-sided throughout as the Coyotes struggled. The Coyotes’ second game was later in the afternoon on the same day. The Coyotes competed against Occidental college and took another licking, losing 5-10. Occidental 10, Coyotes 5. The match began as a … END_OF_DOCUMENT_TOKEN_TO_BE_REPLACED

By Richard Burrud | Staff Writer | Alyssa Flores is now on the other side of the fence as she is now an assistant coach to the Coyote Women’s Softball Team after being part of the team for the past five years. Flores is a Fontana native and a former walk-on to the Coyote team, “Not only did I have to prove myself to be on the team, I also had to earn my position as well as scholarship money,” said Flores. Earning a scholarship after her freshmen year, she proceeded by earning her honors at third base. Flores reflects on being a student athlete as well as the difficulties she has experienced. “Being a student athlete is rough because you are constantly busy and have to have a … END_OF_DOCUMENT_TOKEN_TO_BE_REPLACED

By Shannon Luster |Staff Writer| CSUSB’s student-produced TV show, “Local Matters,” provides students with the opportunity to gain real-world knowledge of the entertainment industry while attending college. The first show is scheduled to air on Feb. 12 and 14 at the top of each hour from 5:00 p.m. to 8:00 p.m. on Inland Empire Media Group’s channel 3 in San Bernardino, according to James Trotter, video production coordinator at Academic Computer and Media. A story showcasing famous comedian Gabriel Iglesias’ recent performance at Coussoulis Arena hits the “Local Matters” channel on YouTube Feb. 21, according to student producer Taylor Ruthford. Students write, produce, film and … END_OF_DOCUMENT_TOKEN_TO_BE_REPLACED

By Britney Carter |Staff Writer| The weekend before Valentine’s Day, Middleborn showcased her talents to several coaches of the U.S. Olympic volleyball squad in hopes of making the team. Samantha Middleborn has been a key component to CSUSB’s volleyball team throughout her illustrious career. Her talents are innumerable, her potential is limitless and her passion is electrifying. After leading her team to an undefeated season and all the way to the final game in Nationals, many people wondered what would be next for Middleborn. Now we have learned that Middleborn plans on taking her talents to the London Olympics. Middleborn is currently a senior at CSUSB and has had an … END_OF_DOCUMENT_TOKEN_TO_BE_REPLACED

By Zafiro Tellez |Staff Writer| CSUSB women’s soccer have set a school-record with six consecutive victories, the longest winning streak in CSUSB women’s soccer history. The coyotes hit a bit of bad luck at the beginning, losing to schools like Dominguez Hills, UC San Diego and Cal Poly Pomona. In conference, five out of the six games resulted in losses for the ‘Yotes. The team certainly turned it around after a 4-0 defeat against UC San Diego. Since then, the Lady Coyotes have been unbeatable, not losing a single game. “We expect to win our last four games and make the playoffs,” said head coach Travis Clarke. Based on the streak the team is on now, it is quite possible that those … END_OF_DOCUMENT_TOKEN_TO_BE_REPLACED

By Brittany Filippini & Eileen Gutierrez |Staff Writers| Soccer Sisters While sisters Kristina and Erika Gomez shine on the soccer field, one has struggled off the field but managed to keep her spirits up through it all. Erika, the younger of the two, is a junior here at CSUSB and has had some battles on and off the field. Though her freshmen year was filled with progress and good feelings, her sophomore year is when she was faced with health issues. “My sophomore year during the middle of season I had a tumor removed from my breast and I had problems with my liver which caused me to have no appetite and energy,” said Erika. Doctors never really found out what the main cause of her … END_OF_DOCUMENT_TOKEN_TO_BE_REPLACED

by Aaron Hughes | Staff Writer The CSUSB women’s soccer team is undefeated at home this season. The Lady Coyotes have racked up an impressive four wins and one tie at home so far. “We’re really hard to beat at home,” said Head Coach Travis Clarke. “It’s hot out here and our field is huge.” The maximum width allowed for an international soccer match is 80 yards, which is the same size as the Coyotes home field. Despite being undefeated at home, the Coyotes still lost five of their first 10 games, all of which have come away from San Bernardino. The Lady Coyotes are hopeful they can keep their winning record at home from going and know that the heat and their fitness has been the key to … END_OF_DOCUMENT_TOKEN_TO_BE_REPLACED