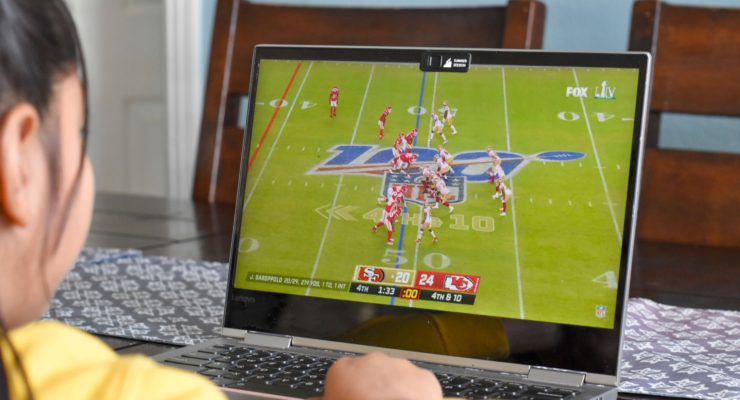 After over 50 years, the Kansas City Chiefs found themselves at Superbowl LIV at the Hard Rock Stadium in Miami Gardens, Florida against the San Francisco 49ers, who won their last Super bowl in 1995. The game on February 2, 2020 started off strong as the 49ers picked up the game and drove strong to score a three-point head start. However, the Chiefs did not let that stop them, as Mahomes ran the ball and scored the first touchdown for the game, ending the first quarter with a 3-7 score. From this point forward the game became very competitive and frustrating for the players as viewers witnessed a few clashes among players. Anticipation grew during the second quarter after 49ers Kyle … END_OF_DOCUMENT_TOKEN_TO_BE_REPLACED

Kaila Morales |Staff Writer| We are just days away from the annual NFL Super Bowl kickoff. Feb. 7, marks the 50th anniversary of football's biggest game, which will take place at the San Francisco 49ers' Levi's Stadium this year. Each year the Super Bowl sets a new record for overall viewers. With last year's ratings at 114.4 million, the ratings are likely to increase for this year's game, according to International Business Times. Before you turn on your T.V. at 3:30 p.m. to CBS, here's what's to expect. Let's start off with who's playing, we have five-time league MVP Peyton Manning leading the Denver Broncos and first time NFC champion Cam Newton with the Carolina … END_OF_DOCUMENT_TOKEN_TO_BE_REPLACED

By Jocelyn Colbert |Staff Writer| Woman to give birth on Mars (Feb. 4) Humans have yet to set foot on Mars, but one British woman already wants to be the first to give birth on the red planet. According to the Huffington Post, Maggie Lieu is one of 600 people being considered for the Mars One Project, which hopes to set up a permanent colony on Mars by 2025. Unmanned vehicles are scheduled to launch to the planet starting in 2018. In 2024, the first four humans will be sent, with four more every two years after that.   Man had sex with captive dolphin, creates documentary (Jan. 31) A man who had sex with a performing dolphin at an amusement park in the 1970’s has claimed the … END_OF_DOCUMENT_TOKEN_TO_BE_REPLACED

By Justin Sandoval |Asst. Sports Editor| On Championship Sunday Jan 18, the Seattle Seahawks came back from the largest deficit in championship history and defeated the Green Bay Packers to reach consecutive Super Bowls. The National Football Conference (NFC) Championship game had a weather forecast of heavy rain and winds up to 25 miles per hour, conditions which would favor a strong running game and tough defense. According to the NFL, Seahawks finished first in the regular season stats for both categories. The Seahawks have been mentioned as the best defense in the league, with a pro bowl secondary that consists of Richard Sherman, Cam Chancellor, and Earl Thomas. On the … END_OF_DOCUMENT_TOKEN_TO_BE_REPLACED

By Richard Dawson |Staff Writer| If your team is not in this year's Super Bowl, chances are you're not going to be happy watching the game. Student reaction around campus has been mixed to say the least. Of 50 students who were asked for their opinion on the game, a whopping 45 percent  responded that they didn't care who won. “If the Chargers are not playing, then I don't pay attention,” said student Ronnie Dawson. Others still view the Superbowl as a social gathering and make the best of it. “The Cowboys didn't make it so I don't really care who wins, but it's still a good excuse to have friends over and barbecue,” said student Bri Stilwell. Those who did choose a team … END_OF_DOCUMENT_TOKEN_TO_BE_REPLACED