By Yesica Chavez | Staff Writer CSUSB Coyotes men's soccer lost in double overtime to the Sonoma State University (SSU) Seawolves on Oct. 29 at the Coyote Premier Field, which cost them a spot in the California Collegiate Athletic Association (CCAA) tournament. "We lead them through the game and they scored in overtime," explained Coyote defender Daniel Looker. Starting off the first half, Coyote midfielder Robert Wagner missed his first attempted shot.  The Seawolves then took control of the ball. Seawolves defender Dylan Stafford, then made a header goal giving his team a 1-0 lead.  The Coyotes attempted to redeem themselves, when Wagner attempted to make his second … END_OF_DOCUMENT_TOKEN_TO_BE_REPLACED

Kirolles Guirguis |Staff Writer| The Coyotes men’s basketball team dominated Sonoma State University at Coussoulis Arena on Friday night. The final score was 82-48 The 34 point margin over the Seawolves was the largest victory for the Coyotes in their 43 game history and marked the twentieth win for the Coyotes this season. Senior Jordan Burris lead the team in points with 15. And later added three steals and two blocks. Senior Lacy Haddock produced 13 points for the team and received help from senior Kirby Gardner who finished with 10 points, five assists, and two steals for the Coyotes. The bench was able to provide more than half of the total points against the … END_OF_DOCUMENT_TOKEN_TO_BE_REPLACED

by Kirolles Guirguis |Staff Writer| The Coyote Men’s Baskellball team finished this past weekend undefeated against the San Francisco Gators and Sonoma State Seawolves. The Coyotes won 75-65 Friday night against the San Francisco State Gators and again Saturday night versus the Sonoma State Seawolves, 81-71. The Coyotes are now ranked 8th in the nation on the National Association of Basketball Coaches rankings. This marks the thirteenth consecutive win for the Coyotes this season, which is the longest winning streak the team has had since the 2003-2004 season. The Coyotes came back to win Friday night’s game after trailing the Gators in the first half. Kirby Gardner and … END_OF_DOCUMENT_TOKEN_TO_BE_REPLACED

By Greg Avetisyan |Staff Writer| The 25th ranked Coyotes suffered a 1-0 defeat to the hands of the 22nd ranked Sonoma State Seawolves. Freshmen Kiana Quarles, Susan Ibarra, and Jessica Koch had the only three shots on goal for the Coyotes during Sunday’s game. Sonoma State’s Taylor Enzler scored in the 86th minute to give her team the victory. Sonoma State improved to 9-2-3 as they out-shot the Coyotes 17-6. Quarles’ shot came two minutes into the game. However, it was stopped by Sonoma goalkeeper Allison Hadidian. “I think our team played well. We were prepared for a challenge and we fought through the entire game. Toward the end we just got unlucky. Although it’s … END_OF_DOCUMENT_TOKEN_TO_BE_REPLACED

By Ryan Libby |Staff Writer| The men’s basketball team is anxious for the new season to start after suffering a 61-60 loss in the final seconds to Sonoma State last year. New players have flooded the roster for the Coyotes as the team only returns four starters from last season and leaving head coach Jeff Oliver happy for the new beginning. “Well it’s nice to turn the page and move on because we have so many new faces [players],” Oliver said when looking back on the loss to Sonoma State last year. “It’d be a little different if we had a lot of returners and [the loss] was kind of brewing all through the off season.” On paper the roster is new, but nearly every player on the … END_OF_DOCUMENT_TOKEN_TO_BE_REPLACED

By Devan Lee |Staff Writer| The CSUSB men’s soccer team came out victorious in a historic win against Sonoma State on Sunday, Oct. 7. Their victory marks the first time in school history the Coyote men’s soccer team has defeated the Sonoma State Seawolves in the last 18 games they have faced each other. The Seawolves went into the game with a winning record of six wins, three losses, and one tie against the Yotes at SSU’s home field Rohnert Park. The first goal of the game was scored by Coyote junior forward Demetri Burgos. With 18:30 on the clock, Burgos received an assist from freshman forward Corey Christ to score his second goal of the season. Burgos’ first goal came in … END_OF_DOCUMENT_TOKEN_TO_BE_REPLACED

By Megan Acuna |Staff Writer| The Coyotes women's soccer team lost to the Seawolves of Sonoma State University in a 2-0 shutout Sunday, Oct. 7 at Rohnert Park. The Seawolves got two goals past our Coyotes within five minutes of each other halfway through the first period. This loss brought the Coyote's record to 6-4-2 overall and 4-4-1 in CCAA. Head Coach Travis Clarke attributes this loss to the ladies making "a few early mistakes in the game that ended up costing us" but also adds that the Coyotes "worked very hard [and] gave a lot of effort." What made this game even harder for the Coyotes were the absences of their Junior midfielder Jasmine Bell and Senior forward Jani … END_OF_DOCUMENT_TOKEN_TO_BE_REPLACED

By Amy Cutillo |Staff Writer| Coyote water polo had a rough time last weekend as they were unable to pull away with a victory during their final weekend of play this season. The Coyotes played their last match against Sonoma State and lost a tough contest, 18–9 . Georgianna Brau and Meghan McCarthy scored three goals apiece, but were unable to rally their teammates who trailed 6–0 through one quarter and 10–2 at halftime. The Coyotes battled throughout but came up short. The loss ended their season with an overall record of 4–37. Altogether, it was a rough season in general. The Coyotes found it hard to win close games and thus, gain momentum. Despite this, however, the girls … END_OF_DOCUMENT_TOKEN_TO_BE_REPLACED

By Chelsea Underwood |Staff Writer| The Coyotes’ softball team suffered an unfortunate 3–1 road series loss against the Cal State East Bay Pioneers on April 6 and 7. CSUSB split the first doubleheader of the series on Friday with a 5-3 loss in the first game and a 2-0 victory in the second. Being out for two weeks with an injury and coming in to pitch in a doubleheader was intense and scary, according to senior Courtney Wilhelms. However, she rose above her fear and threw a complete game shutout in the second game. Throughout the season the team has been working hard in practice, trying to improve on their performance and execution in preparation for the games. It paid off. They … END_OF_DOCUMENT_TOKEN_TO_BE_REPLACED 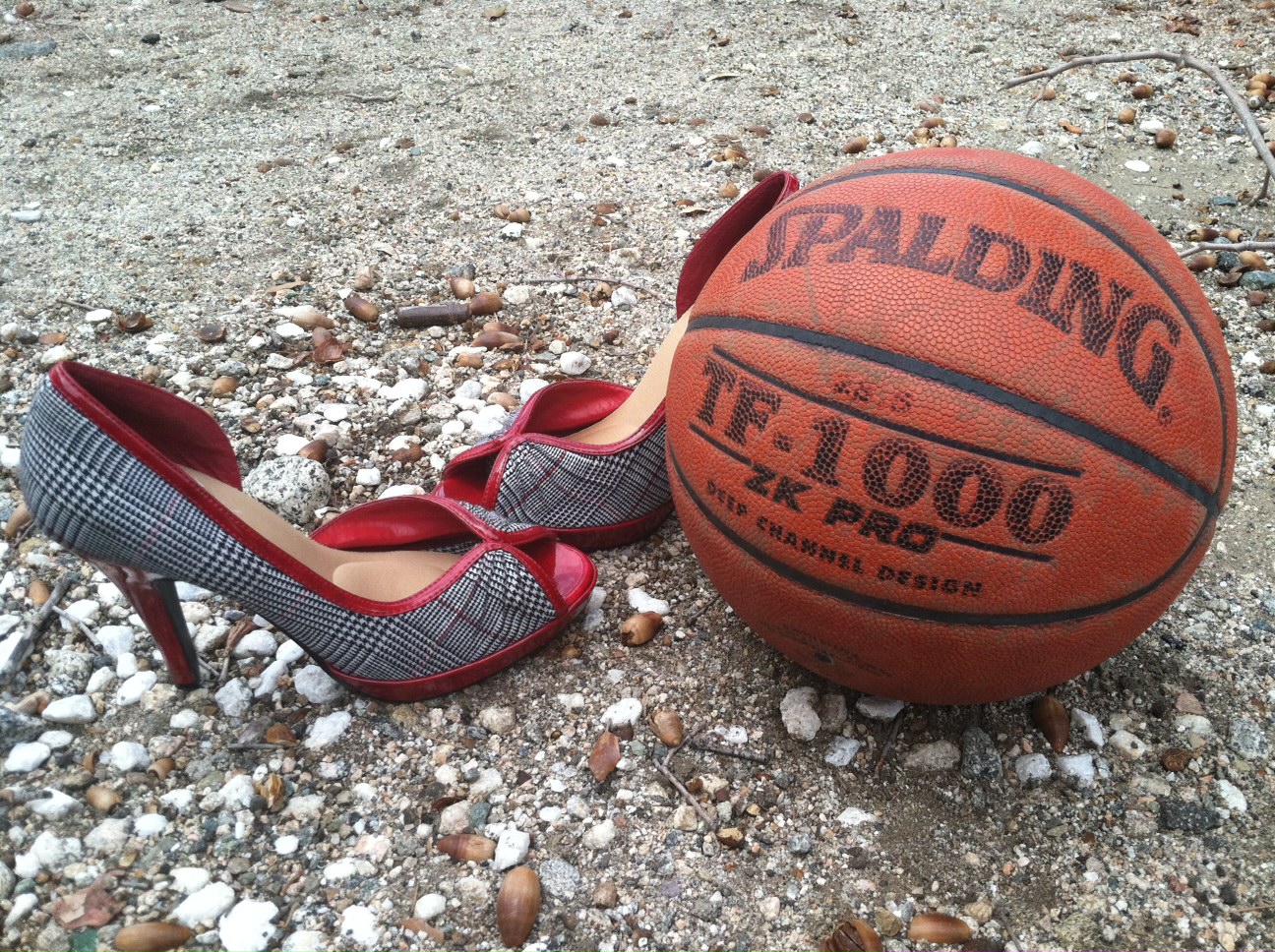 By Shyneese Walter |Staff Writer| After finishing their season with an overall record of 9-17, a few players on the women’s basketball team have found themselves trading in their basketball gear for business attire. Seniors Angela Streets and Jessica Dela Cruz, who had great seasons, hung up their sneakers and will be picking up their heels as their collegiate basketball careers ended Feb. 24 with a loss to Humboldt State. This season has been a rollercoaster for the Coyotes as it has provided many highs and lows. “With such a young team, we came quite a ways in terms of development, and were definitely a competitive team,” said head coach Kevin Becker. “We could not overcome the … END_OF_DOCUMENT_TOKEN_TO_BE_REPLACED