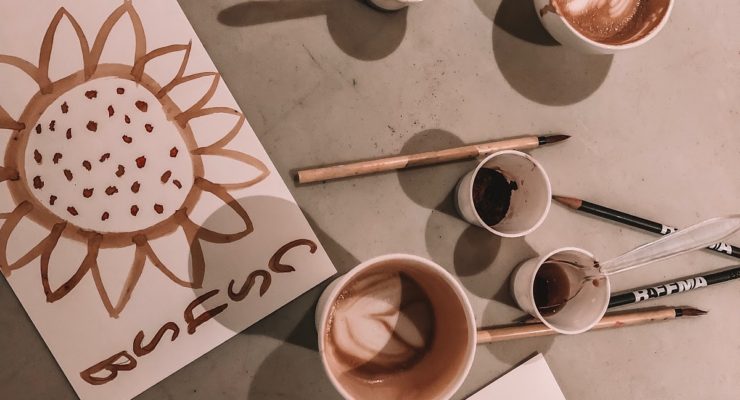 The Robert and Frances Fullerton Museum of Art (RAFMA) held a unique experience to paint with coffee while enjoying a cappuccino on May 9. This event featured customized cups of iced and hot lattes and cappuccinos and supplies to create a caffeine masterpiece. The artisan coffees were topped with tailored designs made from steamed milk, which created a smooth finish of cream on the top. The baristas measured, weighed and took the temperature of every ingredient that went into making the perfect cup of coffee for each visitor. Along with enjoying a java, participants were able to paint their own masterpieces using ground coffee beans, water and a variety of different sized brushes to … END_OF_DOCUMENT_TOKEN_TO_BE_REPLACED

By Dawnielle Floyd |Staff Writer| Beatles producer dead at 90 George Martin was announced dead earlier this week at the age of 90, according to Rolling Stone magazine. Martin produced many of the Beatles’ classic discography. Former drummer Ringo Starr tweeted, "God bless George Martin. Peace and love to Judy and his family, love Ringo and Barbara."   The cause of his death has not yet been released. Rolling Stone bassist diagnosed with prostate cancer Bill Wyman, former bassist of The Rolling Stones, has revealed his current battle with cancer via Twitter. Wyman tweeted that he expected to make a full recovery. He is currently undergoing treatment, seeing that … END_OF_DOCUMENT_TOKEN_TO_BE_REPLACED