By Alexandra Cannady |Staff Writer| The Coyotes were dealt a loss of 13-8 by the Monterey Bay Otters as the opposition utilized a defense unfamiliar to them. “They had a different house defense including their goalie and an extra field player in the cage, making it hard to get around,” said senior Shelle Kocher. Head coach Sarah Reneker also admitted that her team was unprepared for the defensive set that the Otters put forth against them. “Their defense was not common and rather difficult. I think we could have broken it down but we made it harder than it was as we tried too hard,” said Reneker. The start of the match was rough as the Coyotes fell behind 10–3 at the half. The … END_OF_DOCUMENT_TOKEN_TO_BE_REPLACED 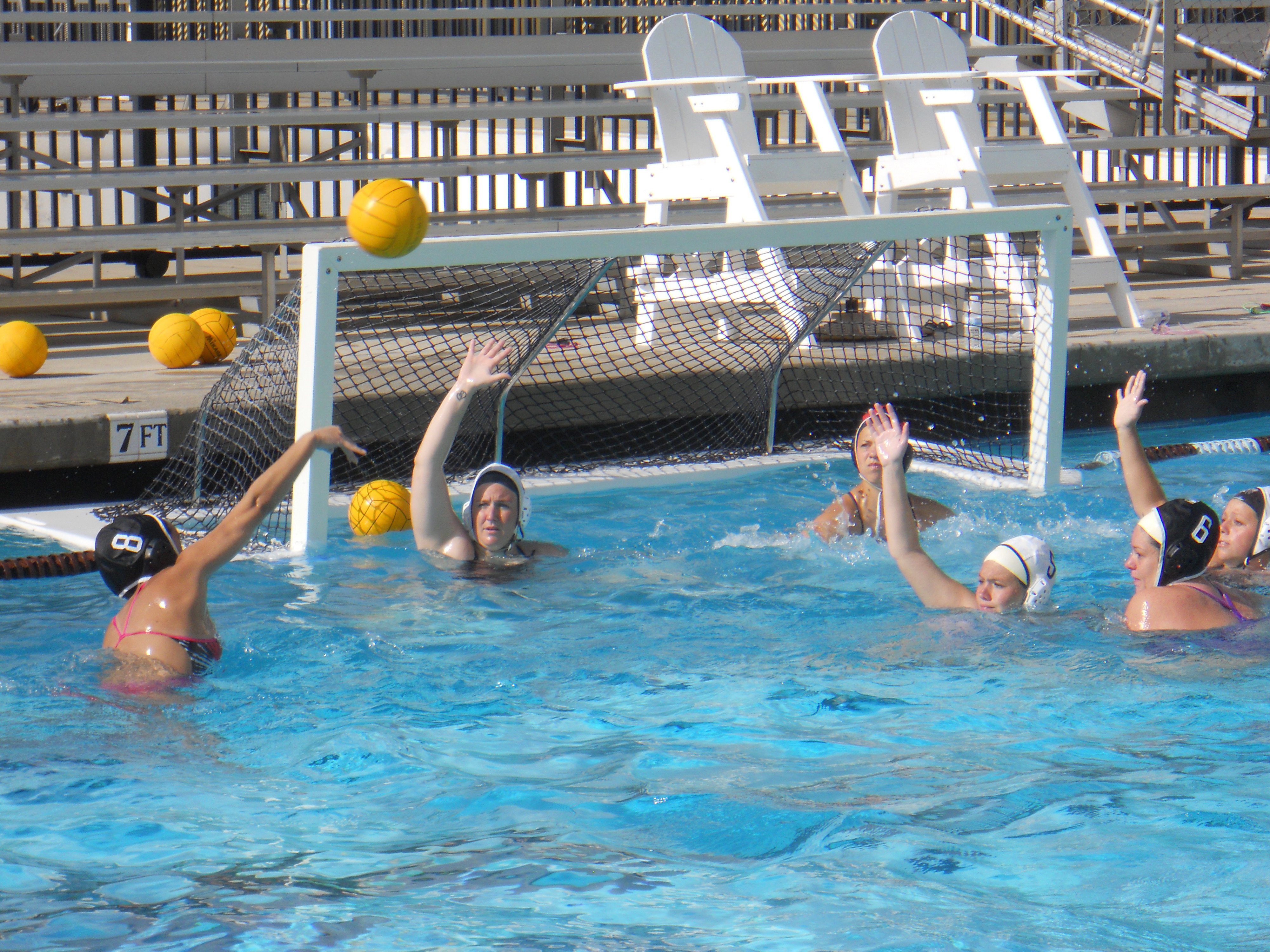 By Alexandra Cannady |Staff Writer| Water polo kept their heads above water, defeating Gannon University 12-11 in overtime at the Chapman Mini Tournament, Feb. 25. The Coyotes entered the fourth quarter down by one goal when Captain Misty Vu scored from half-court with one second remaining, sending the match into overtime. “The game was stressful but we did not stop playing until it was over,” said Vu. The squad executed their set offense with Vu scoring eight of the 12 goals made during the match. Jasmine Duran, Shelle Kocher, Shelby McCliman and fellow captain Megan McCarthy followed Vu’s lead, scoring one goal apiece. The squad was able to capture the win despite losing … END_OF_DOCUMENT_TOKEN_TO_BE_REPLACED

By Alexandra Cannady |Staff Writer| Water polo has started their season off with an 0-6 start. Though down, the team is not out and continues to practice hard, working on adjustments that will improve the team’s performance. Recently, the team participated in the Occidental Mini tournament Feb. 11 versus the Azusa Pacific Cougars and Occidental College. The Coyotes came up short in both matches with a score of 16-11 against Azusa and 20-7 in the match against Occidental. Coach Sarah Reneker’s squad had the game all tied up in the first quarter 2-2. Azusa Pacific made a few adjustments and took it to the Coyotes, scoring seven more goals before the half. “We had the game … END_OF_DOCUMENT_TOKEN_TO_BE_REPLACED

By Alexandra Cannady |Staff Writer| Water polo began their season Jan. 29 with two losses against Whittier College and University of Redlands. Captain Misty Vu was a bright spot for the Coyotes as she led them in scoring with three goals during the match against Whittier and one goal against Redlands. Vu made her goals in the first two periods against Whittier, keeping the Coyotes in the game as they faced a one goal deficit. Whittier used a strong third quarter to pull away, scoring four goals in the period. Vu and senior Shelle Kocher made one goal apiece against the Redlands Bulldogs, but the team as a faced a 3-2 deficit after the first quarter. The Bulldogs then pulled away … END_OF_DOCUMENT_TOKEN_TO_BE_REPLACED