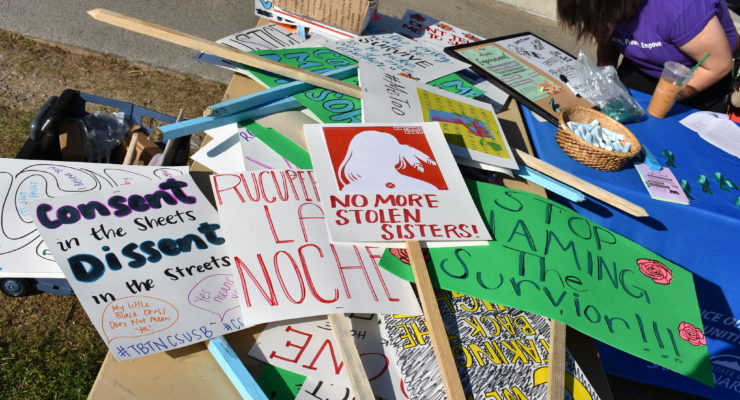 By Antonette Calvillo and Sophia Montes CSUSB students, faculty, and local community members united to 'Take Back The Night' in support of Sexual Assault Awareness Month (SAAM). Take Back the Night was presented by VOICE Peers, SMSU Women’s Resource Center and CSUSB Counseling and Psychological services on April 25. Take Back The Night consisted of a resource fair, rally, march and several guest speakers. The event allowed survivors to speak up and out about sexual harassment, violence and abuse. ”It was powerful listening to the speakers. I’m glad that this event happened on campus because having these conversations is really important not only for survivors but for … END_OF_DOCUMENT_TOKEN_TO_BE_REPLACED 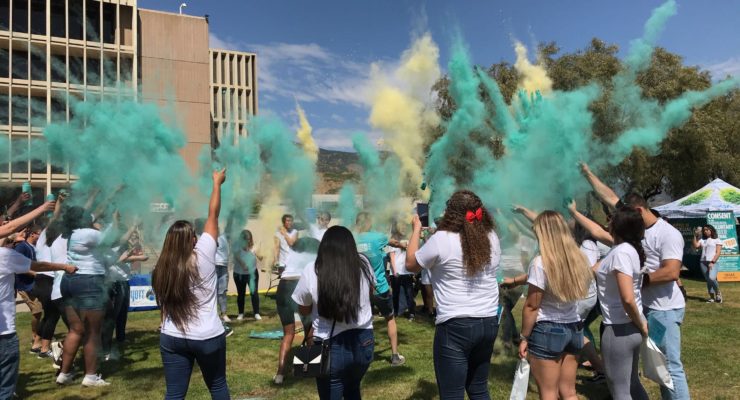 Puffs of teal powder filled the air on April 19, as CSUSB students gathered to recognize sexual assault awareness month. The library lawn was buzzing with different booths and activities, all hoping to inform students about the various resources that are offered on (and off) campus. The Health Center had participants vote for their favorite celebrity couple. CSUSB Commuter Services encouraged students to spin their gaming wheel and win a prize. The Department of Housing passed out snow cones and popcorn. However, through all the light-hearted games of Jenga, bean bag tosses and dance battles, powerful chanting could be heard across the lawn. “When survivors’ lives are under … END_OF_DOCUMENT_TOKEN_TO_BE_REPLACED 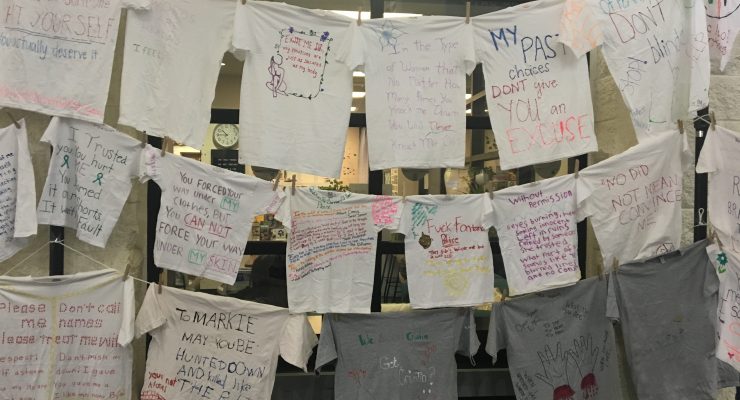 In honor of Sexual Assault Awareness Month, the Women's Resource Center presented the Clothesline Project from April 16 to April 20. The Clothesline Project allows the community to view a clothesline of shirts that are created by sexual assault survivors and their supporters to understand the feelings that they have experienced. The Women's Resource Center (WRC) is located on the second floor of the SMSU in room 221, and during the week of April 9 to April 13 from 10 a.m. to 5 p.m., the WRC was open for anyone to come and create their artwork with provided supplies. The display of the different shirts was open for anyone to view and read in the SMSU lobby on April 16 until April 20 from … END_OF_DOCUMENT_TOKEN_TO_BE_REPLACED