Sex at the University 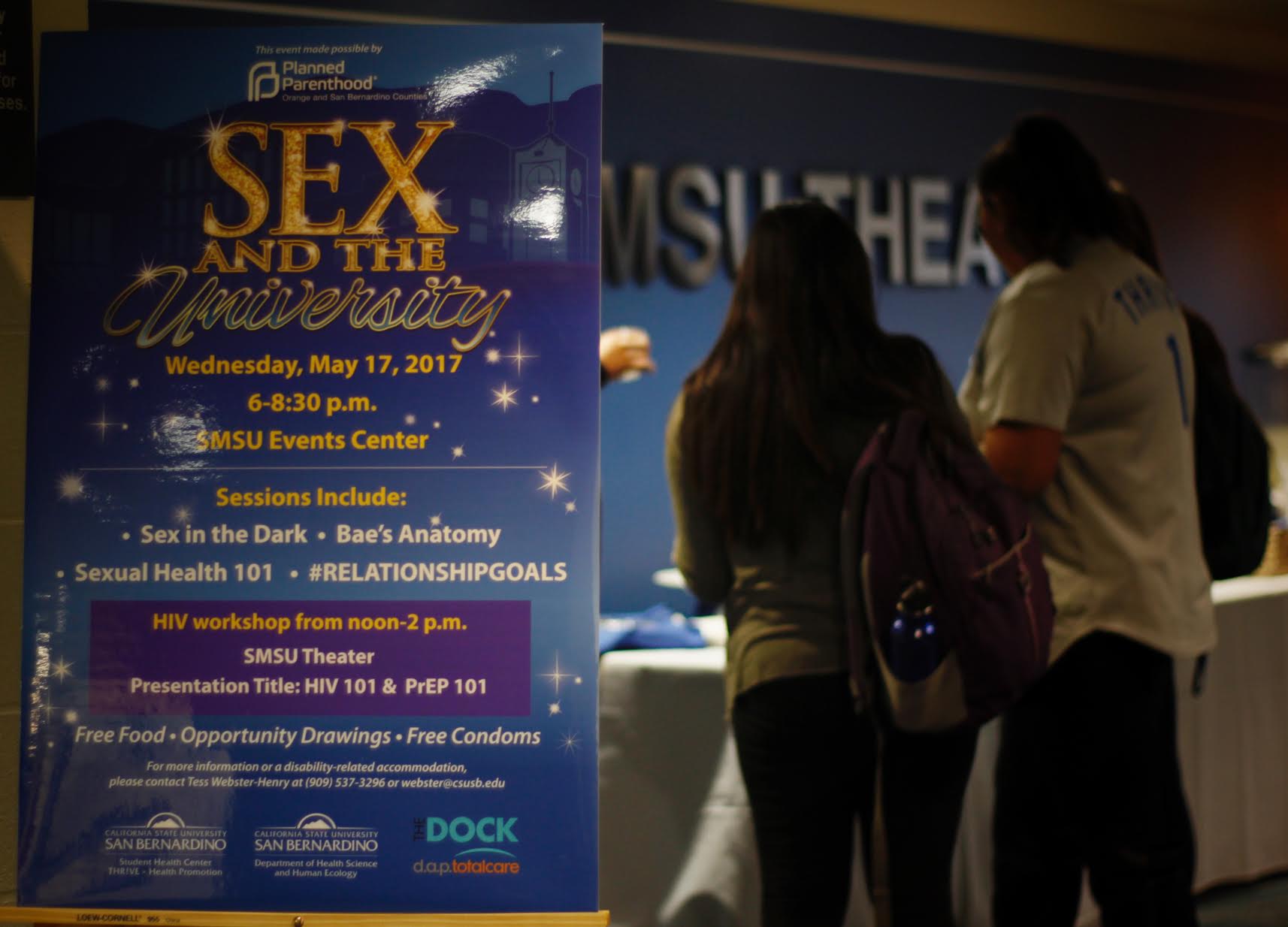 By Arthur Medrano |Staff Writer| CSUSB hosts a night of sexual health and HIV education aimed to empower students about the issue. The event began with an introduction panel called Sex in the Dark, a time for students to address their concerns to experts while in a glow in the dark room. For students, this made it acceptable to shine their light in interest about reproductive health and safe sex that many might have anxiety to speak out. Topics like hook up culture, reaches out to how it has dehumanized people's sexual encounters and rather than being educated by their culture on this matter, they seek advice from resources the campus provides. Representatives from Planned … END_OF_DOCUMENT_TOKEN_TO_BE_REPLACED