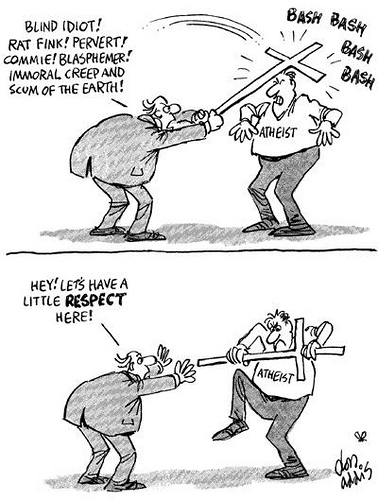 By Steve Avila |Staff Writer| Atheists are the most hated group in America, according to a study by the University of Minnesota. If so, this is a sad indictment of the so-called love of diversity in the United States. Minnesota’s study asked its subjects which group doesn’t agree with their vision of American society and which group they would discourage their children from marrying. Atheists made up nearly 40 percent of the first question and 47.6 percent of the second. It’s hard to believe that a society known for its diversity and its many different cultures has such an aversion to atheists because of their beliefs. What this study implies is that Americans are more … END_OF_DOCUMENT_TOKEN_TO_BE_REPLACED