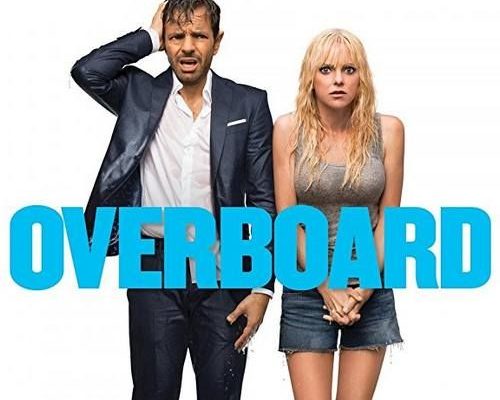 “Overboard”, a romantic comedy released in theaters May 4, has been added to the list of remakes of Hollywood’s classics. The movie is a remake of the 1987 version with the same title and was written by Leslie Dixon, who participated in the screenwriting of the new version. The story is about Kate, portrayed by Anna Faris, a single, hard working mother of three girls who is studying to become a nurse. Kate is hired to clean the carpets on an extravagant yacht. The yacht belongs to billionaire playboy Leonardo, portrayed by Eugenio Derbez, who has no consideration for anybody other than himself. Leonardo fires Kate out of the blue. This greatly frustrates her, because she knows … END_OF_DOCUMENT_TOKEN_TO_BE_REPLACED

By Rachel Molina |Staff Writer| Adam Sandler and Drew Barrymore star together again on the big screen after ten years in their new comedy “Blended,” where the duo are now parents instead of young lovers. Under the eye of long-time Sandler collaborator, Frank Coraci, director of “The Wedding Singer” and “The Waterboy,” brings together a unique blended cast. This is the third film installment that Sandler and Barrymore have been in together since “The Wedding Singer” (1998) and “50 First Dates” (2004). “Blended” centers around Jim (Sandler), a single father who must now raise three girls after losing his wife to cancer and Lauren (Barrymore) whose ex-husband womanizes around … END_OF_DOCUMENT_TOKEN_TO_BE_REPLACED

By Ofelia Fuentes |A&E Assistant Editor| That Awkward Moment when you actually know pretty much what to expect. The film was extremely predictable, with some small twists and turns. The movie had some obviously expected scenes with vulgar humor but the unexpected small parts where the audience gets to peek into the emotional side of the characters are what made the movie worth watching. That Awkward Moment is a romantic comedy written and directed by Tom Gormican and developed by What If It Barks Films. The film, formally known as Are We Officially Dating? was featured in 2010’s Hollywood Black List as one of the top best un-produced screenplays. The main cast for the … END_OF_DOCUMENT_TOKEN_TO_BE_REPLACED