By Brandon Landrum | Staff Writer Coyotes bring in another win against the Eagles. Sophomore guard Alexcia Mack’s last second shot lifted the Coyotes to a 47-46 victory over the Otters of CSU Monterey Bay on Friday, Jan. 10. “At the moment I didn’t really see it as a game winning shot. It was a great win for us and a real turning point,” said Mack. In the first half, the Coyotes were in a battle starting off sluggish but quickly changed their gameplay throughout the first half. The Lady Coyotes played it close with Otters, causing turnovers and playing team defense. Senior guard, Tayllor Gipson and sophomore forward, Adriana Brodie, gave a great effort on the defensive end by … END_OF_DOCUMENT_TOKEN_TO_BE_REPLACED

By Mike Sessions |Staff Writer| After last year’s losing season of 13-14, CSUSB Women’s Basketball team was hopeful of turning things around during their exhibition match against NCAA Division I’s Loyola Marymount University, but fell 51-82. The Lions played fairly decent at home during the 2012-13 season, winning nine of their 14 games at Gersten Pavilion. Pulling away with a 31-point win has to be a great sign of another great year in front of their home crowd. The Coyotes are back to basics under new Head Coach, Renee Jimenez, the former coach at Cal State Monterey Bay for five seasons. Kevin Becker, former coach for the Coyotes, resigned last season after a historic 17 years, … END_OF_DOCUMENT_TOKEN_TO_BE_REPLACED 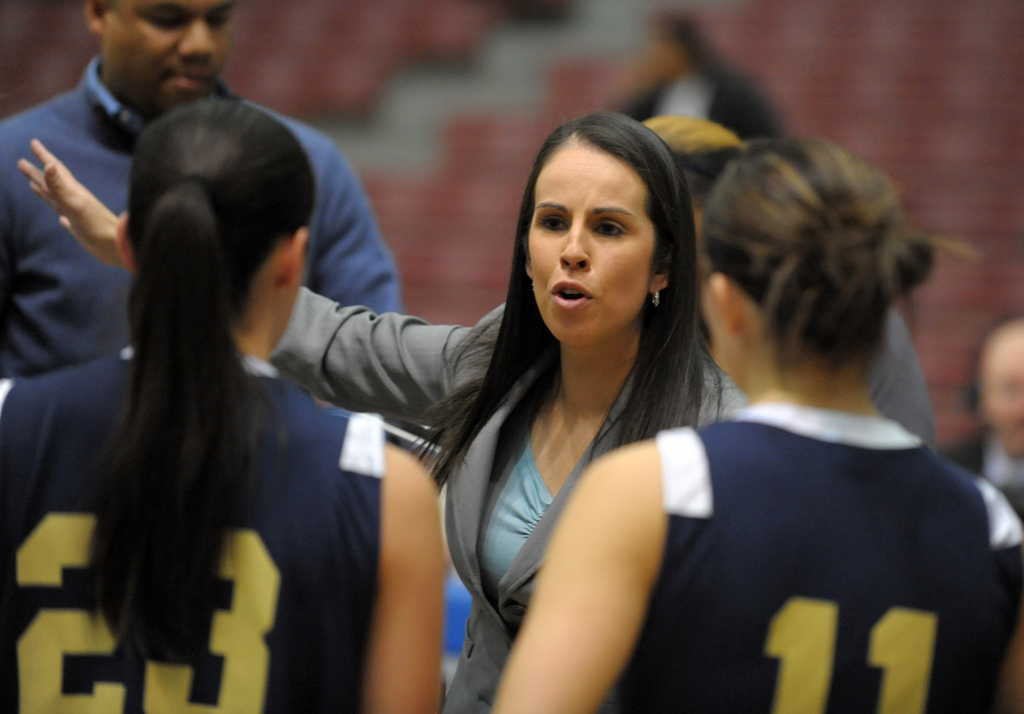 By Chelsea Underwood |Sports Editor| Renee Jimenez takes charge over the women’s basketball program in her first season as head women’s basketball coach at CSUSB. Jimenez comes from a winning women’s basketball program at California State Monetary Bay. In the past five years, Jimenez and her staff have taken pride in themselves for building up and earning three trips to the NCAA tournament along with a 100 percent graduation from the participating athletes. Determine to build and strengthen the Coyotes, according to Jimenez, it all starts with the small things; from having good grades, working as a team, and taking advantage of what the school has to offer. Academics is what … END_OF_DOCUMENT_TOKEN_TO_BE_REPLACED