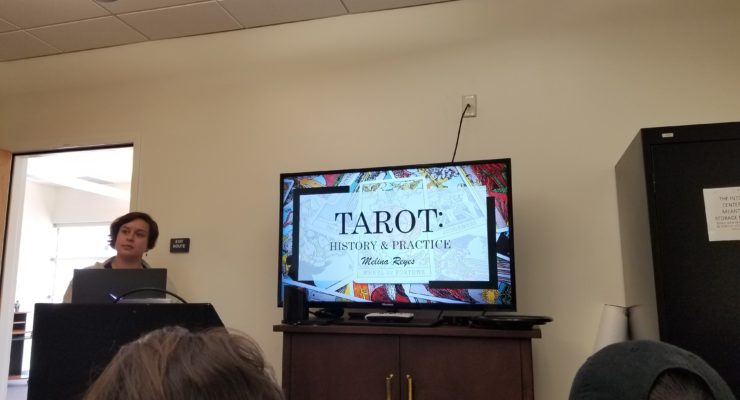 For those interested in playing cards, Tarot brings a whole new definition to the world of playing cards. On January 28, 2020, the Interfaith Center held an event from 12 to 2 p.m. called Tarot Tuesday that was led by Psychic Melina Reyes.  This event was only two hours, which seems like a lot, but the first hour was an informational session on tarot cards and the history of them. The second hour was Reyes offering tarot readings, which thirty students signed up for. Due to the limited amount of time remaining, Reyes performed eleven readings.  Reyes created a Powerpoint for her lecture that was titled "Tarot: History & Practice." During her lecture, we learned that there are … END_OF_DOCUMENT_TOKEN_TO_BE_REPLACED