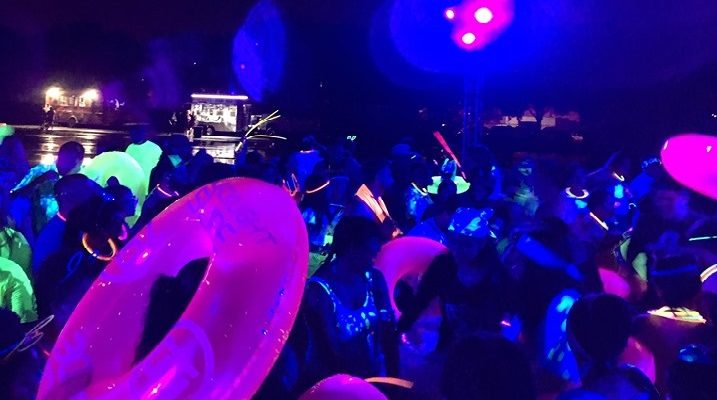 The Blacklight Slide event, hosted by Cool Events, LLC, hit San Manuel Stadium on May 4. This event featured two water slides, with four slides each, flowing with neon glow-in-the-dark water that ensured participants were flushed with color by the time they reached the bottom. The event was free. However, when registering, a small donation and a medical coverage fee were required. Included in the registration was a towel with the logo for the event. The event began at 6 p.m. before the sunset which allowed participants to use the slides in daylight, as well as in the dark when the black lights were turned on. The event was open to all ages. To use the water slides, a tube was required. … END_OF_DOCUMENT_TOKEN_TO_BE_REPLACED 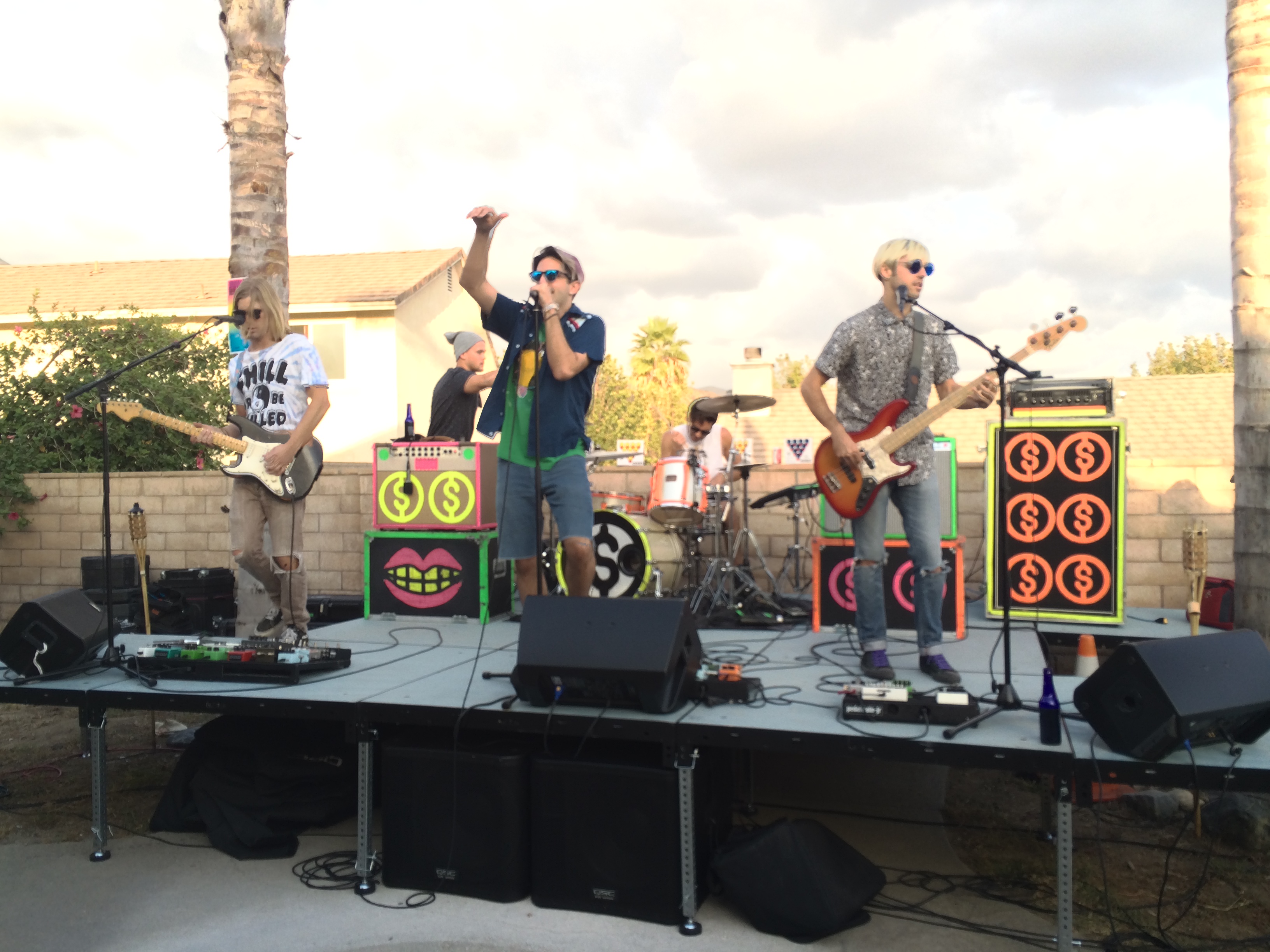 By Marlyn Rodriguez |Managing Editor| New Beat Fund came back and had another epic performance on Saturday, Sept. 27. It was great catching up with band mates Paul and Jeff Laliberte, Michael Johnson and Shelby Archer since our first interview in May.  Their last performance in the Inland Empire was at the University of California, Riverside (UCR). This time they performed for students at CSUSB and it was better than the last. The venue was smaller and less crowded, which allowed for the audience to have plenty of space to dance and get into the performance. The performance mesmerized me the entire time. As they played I saw how much they enjoyed being on stage. And how … END_OF_DOCUMENT_TOKEN_TO_BE_REPLACED

Taylor Vermillion |Staff Writer| The ‘80s is a decade known for wild hair, brat-pack films, and best of all, killer, music which still resonates with most of us, and will most likely stand the test of time. I don’t know a single person that wouldn’t “get into the groove” as soon as Madonna’s dance anthem rang out, or rock down to “Electric Avenue” if Eddy Grant told you to. The ‘80s tribute band Pop Gun Rerun understands this too, and they pay homage to this awesome decade on stages that rock crowds all over the Inland Empire. From Journey’s “Don’t Stop Believin” to Pat Benatar’s “Hit Me With Your Best Shot,” Pop Gun captures the essence of popular rock ballads and sends … END_OF_DOCUMENT_TOKEN_TO_BE_REPLACED

By Marlyn Rodriguez |Opinions Editor| The new genre of music, G-Punk, is taking over the scene with the help of bands like New Beat Fund. Since signing on to Red Bull Records the band has toured the country four times and landed an opening gig for Blink-182. The four band mates are young, easy-going, extremely talented, and super sarcastic. Michael Johnson, Jeff Laliberte, Shelby Archer, and Paul Laliberte formed the band in 2011 and skyrocketed to success. It’s evident that the members have worked extremely hard to get where they are today. They write, record and produce all their music. A short while after getting together, they released a video for their hit “Scare … END_OF_DOCUMENT_TOKEN_TO_BE_REPLACED

By Diana Ramos |Staff Writer| While some choose to play it safe, others take a walk on the wild side by breaking the dry campus policy.   Although some students decide to be rebels, they may not be aware of the policies and what it is they are actually risking.   According to CSUSB student conduct of the following is the grounds upon which student discipline can be based, “Use, possession, manufacture, or distribution of alcoholic beverages (except as expressly permitted by law and University regulations), or public intoxication while on campus or at a University-related activity.”   According to student affairs, the president of the campus can put a … END_OF_DOCUMENT_TOKEN_TO_BE_REPLACED

By Carley Bennecke |Staff Writer| These simply party tricks will make your Super Bowl gathering the place to be this Feb. 2. Every party begins with an invitation, so celebrate Super Bowl XLVIII with friends, family, coworkers, and even neighbors. Don’t be afraid to invite folks who aren’t football enthusiasts. Many individuals enjoy attending Super Bowl parties for the social aspect, the food, and the famous Super Bowl commercials. A precautionary party must-do is to invite twice as many people as you want to show up. This approach will ensure plenty of guests attend your party. Invite your party guests via Facebook or Evite.com. After you’ve sent the invite online, text your … END_OF_DOCUMENT_TOKEN_TO_BE_REPLACED

By Donte Medder |Staff Writer| One of the many outlets for helping students on campus is the Family Pact treatment center located inside the Student Health Center on campus. Family Pact provides health services for students on campus, mostly dealing with sexually active students. The organization gives education on family planning and counseling, birth control methods, STI counseling including HIV, STI screening and treatment, pregnancy testing and counseling and some cancer screening and referrals. The best part is if you qualify all services are at no cost. The motto of Family Pact is, “Do it for yourself, for your family, for your future.” This is important because … END_OF_DOCUMENT_TOKEN_TO_BE_REPLACED

By Donte Medder |Staff Writer| CSUSB celebrated the 238th birthday of the Marine Corps on Nov. 1, where the Veterans Success Center coordinator Marci Daniels and student and Marine Reuben Porales organized an event honoring the Marines Corps. The Marine Corps was established on Nov. 10, 1775 and has since distinguished itself as one of the most prestigious military fighting organizations in modern history. At this time every year, Marines are called together to celebrate the accomplishments of the past as well as honor those who have served in the past. Porales said, “This is the second year we’ve had this event and it’s grown from the past year.” The birthday celebration … END_OF_DOCUMENT_TOKEN_TO_BE_REPLACED 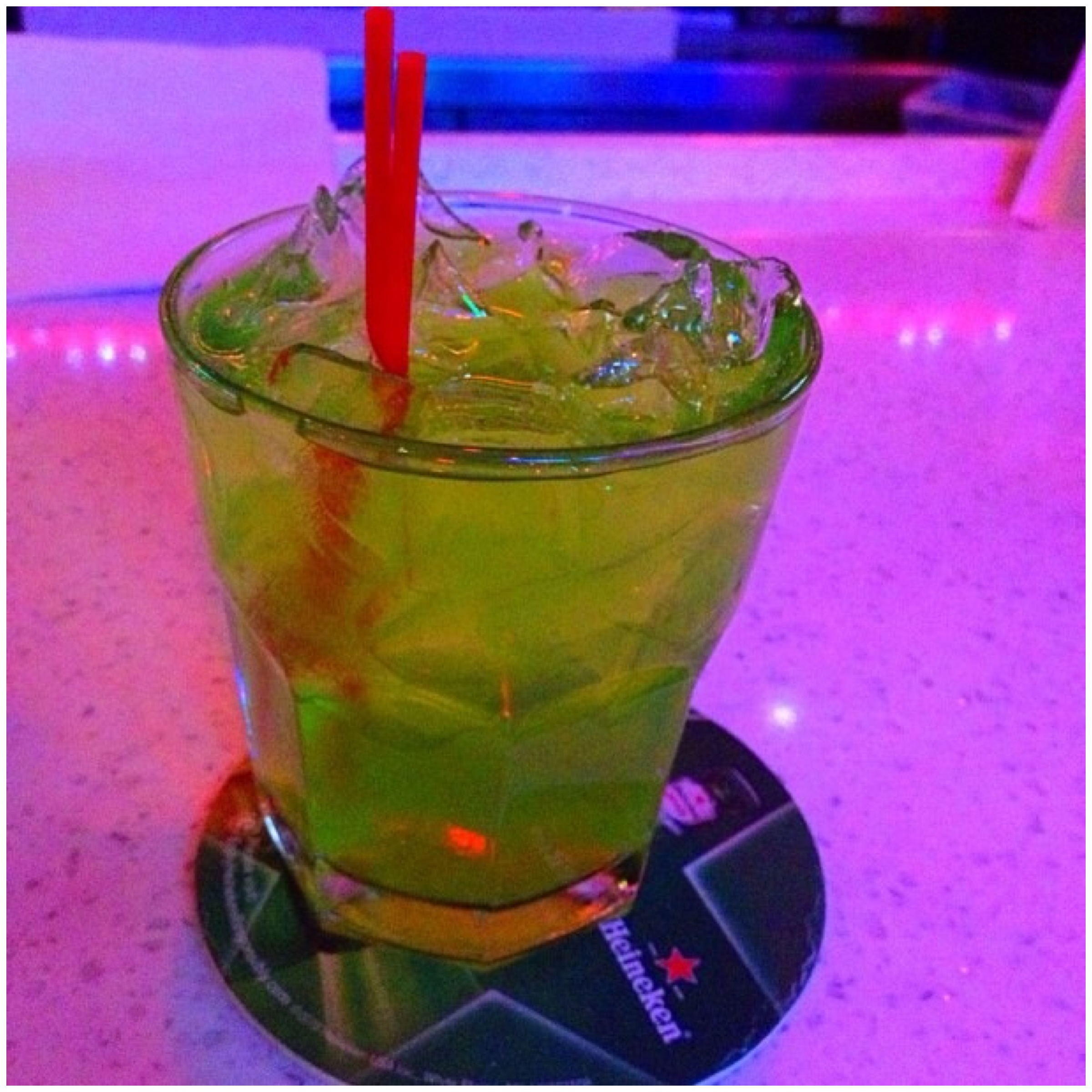 By Angelice Romero |Staff Writer| With spring break right around the corner, the only thing on students’ minds should be resting, partying, and hitting the beach. The time off is to let loose and drink away the nights before we have to come back for the next quarter. Unless you're working during that week, you should be getting ready to have an eventful and relaxing time. Some students are off to the college kid’s dream vacation with bikinis, beaches and booze. Places like Cancun, Hawaii and Palm Springs have been filled with college students since Feb. 9 and they will have a wave of students coming in until mid April. During spring break in these hot-spot destinations, … END_OF_DOCUMENT_TOKEN_TO_BE_REPLACED

By Mariela Limon |Staff Writer| San Bernardino County Board of Supervisors will allow Live Nation, a live entertainment and eCommerce company, to host up to four electronic dance shows a year in the San Manuel Amphitheater located in Glen Helen Regional Park. According to Bret Gallagher, president of Live Nation for the Southern California region, Live Nation “is the worlds largest promoter of concerts.” In hopes of creating more excitement for the fans, Live Nation plans to, “expand the number of shows that they offer at the venue,” said Keith Lee, director of regional parks department at the board of supervisors meeting on Jan. 29. Live Nation has been increasing their success … END_OF_DOCUMENT_TOKEN_TO_BE_REPLACED