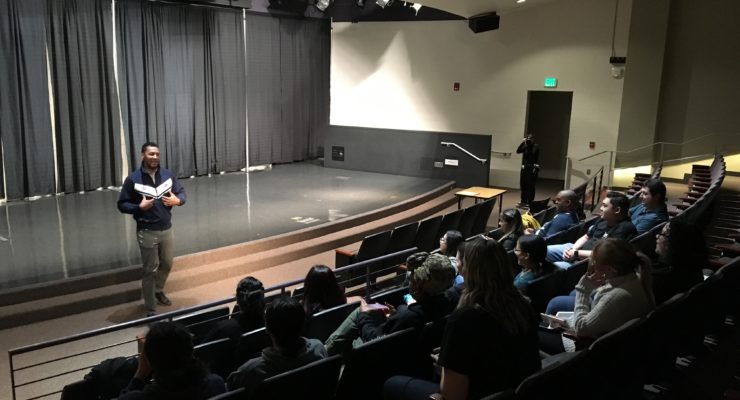 Giddeon Massie, a two-time Olympic cyclist, told his story to a compact group of students in the San Manuel Student Union theater on Wednesday, November 20, 2019. Born in Pennsylvania, Massie started cycling when he was very young, having been introduced to the sport by his father. Throughout his cycling career, Massie has won over fifteen gold medals in U.S. Track Cycling Championships and gold during the 2003 and 2007 Pan American Games for track cycling. He raced during the 2004 Olympic Games in Athens and then again in the Beijing 2008 Olympics. Massie traveled two hours just to meet with students and help support Youth Cycling Association which launched Tuesday, November 12, … END_OF_DOCUMENT_TOKEN_TO_BE_REPLACED