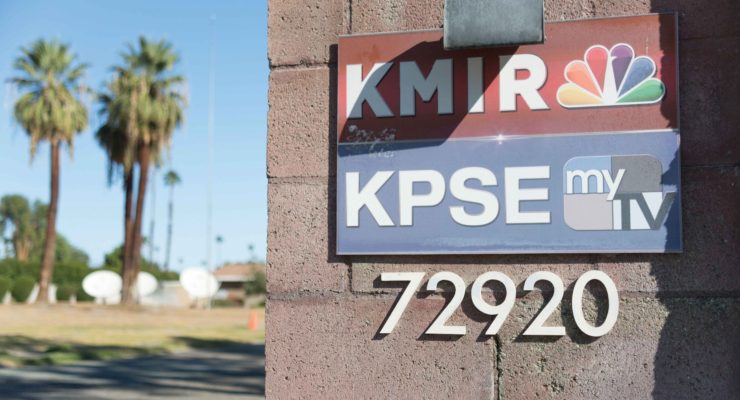 Day #1: 6/24/19 2:00 p.m. - 8:00 p.m.  On the first day here at NBC Palm Springs - KMIR 6 News, I had the opportunity to meet the staff within the station, including the evening crew in which I was working with for the day. Today, our agenda was tagging along with the evening crew to a local site to capture a segment with an anchor named Matt who was set to go live at 5 p.m. The segment in which he had planned on capturing today will probably not be released until Thursday, June 27. Thursdays are typically the days they release the segments that take place at other locations. These small segments are ones that sometimes do not show the faces of the anchors. However, their voices are … END_OF_DOCUMENT_TOKEN_TO_BE_REPLACED

By Jaritza Mendoza | Staff Writer| NBC’s much anticipated “Must See TV: An All-Star Tribute to James Burrows” gave fans a memorable night filled with nostalgia and laughs as numerous TV casts reunited Feb. 21. The 3-hour event honored iconic TV director James Burrows, who recently directed his 1,000th episode with the upcoming show, “Crowded.” "I didn't know [Burrows] directed all these shows, my wife and I grew up watching these shows 20 years ago and still now with "The Big Bang Theory," said student Richard Anderson. Andy Cohen hosted the event, which had 5.5 million viewers, and the list of celebrities was endless. Apart from the six main casts set to appear, celebrities … END_OF_DOCUMENT_TOKEN_TO_BE_REPLACED

Dalal Museitef |Asst. Features Editor|What would you do if someone slapped your child? NBC's "The Slap" takes a glimpse of the consequences eight characters will endure when one man slaps a bratty four-year-old at a suburban barbecue. The new hit drama series is based on a multi-award winning novel by Australian author Christos Tsiolkas. Winning the Commonwealth Writers’ Award for Best Novel in 2009, "The Slap" tests the extreme measures you pull to assure safety to your family. The miniseries revolves around the aftermath of a birthday party of a middle-aged city employee in New York City, when an adult male slaps someone else's misbehaving child after the child kicks him in the … END_OF_DOCUMENT_TOKEN_TO_BE_REPLACED

By Mary Moreno |Staff Writer| Television enthusiasts rejoice over the ability to stream their shows from network websites, Netflix and YouTube. A recent study by Neilson Research found that 37 percent of U.S. households watch television online That can explain the spontaneous gasps or laughs coming from all those students during their break in between classes. “I mostly watch Korean dramas online,” said Vanessa Robles “My favorite show is Coffee Prince, it was my very first Korean drama and is amazing. The whole plot line, everything just pulls you into the story and you begin to feel what the characters feel.” Chris Burns has been interested in two new shows released … END_OF_DOCUMENT_TOKEN_TO_BE_REPLACED

By Marysol Guzman |Staff Writer| With only a few weeks before automatic federal spending cuts occur, President Barack Obama presented alternative ways to innovate the fiscal plan. The fiscal plan was scheduled to take effect on Jan. 1 but was extended to March 1 of this year. At a press conference last Tuesday, Obama proposed a new package that included different spending cuts, tax increases and tax reforms. Obama said the sequester (larger cuts) will only weaken the economy and possibly even slow down the attempt to recover the country. “We can’t just cut our way up to prosperity. It hasn’t worked in the past and it wont work today,” said Obama. Obama made it clear that the … END_OF_DOCUMENT_TOKEN_TO_BE_REPLACED

By, Ryan Libby |Staff Writer| Kwame Alexander has flown himself into the limelight with his backboard-breaking dunking ability, but his humble attitude off the basketball court makes his celebrity status unknown to many. Alexander, the All-CCAA senior forward seemed surprised at his YouTube popularity with over 800,000 views on YouTube for his high flying slam dunks, appearances on ESPN, ABC and NBC as well as the number two play on SportsCenter’s top 10 plays of the week. "It’s an honor," said Alexander. "It’s a once in a lifetime thing. Somebody else put [the video] on [YouTube] and it goes viral like that. It’s good. It’s fun." Walking around campus it’s hard not to notice the 6 … END_OF_DOCUMENT_TOKEN_TO_BE_REPLACED 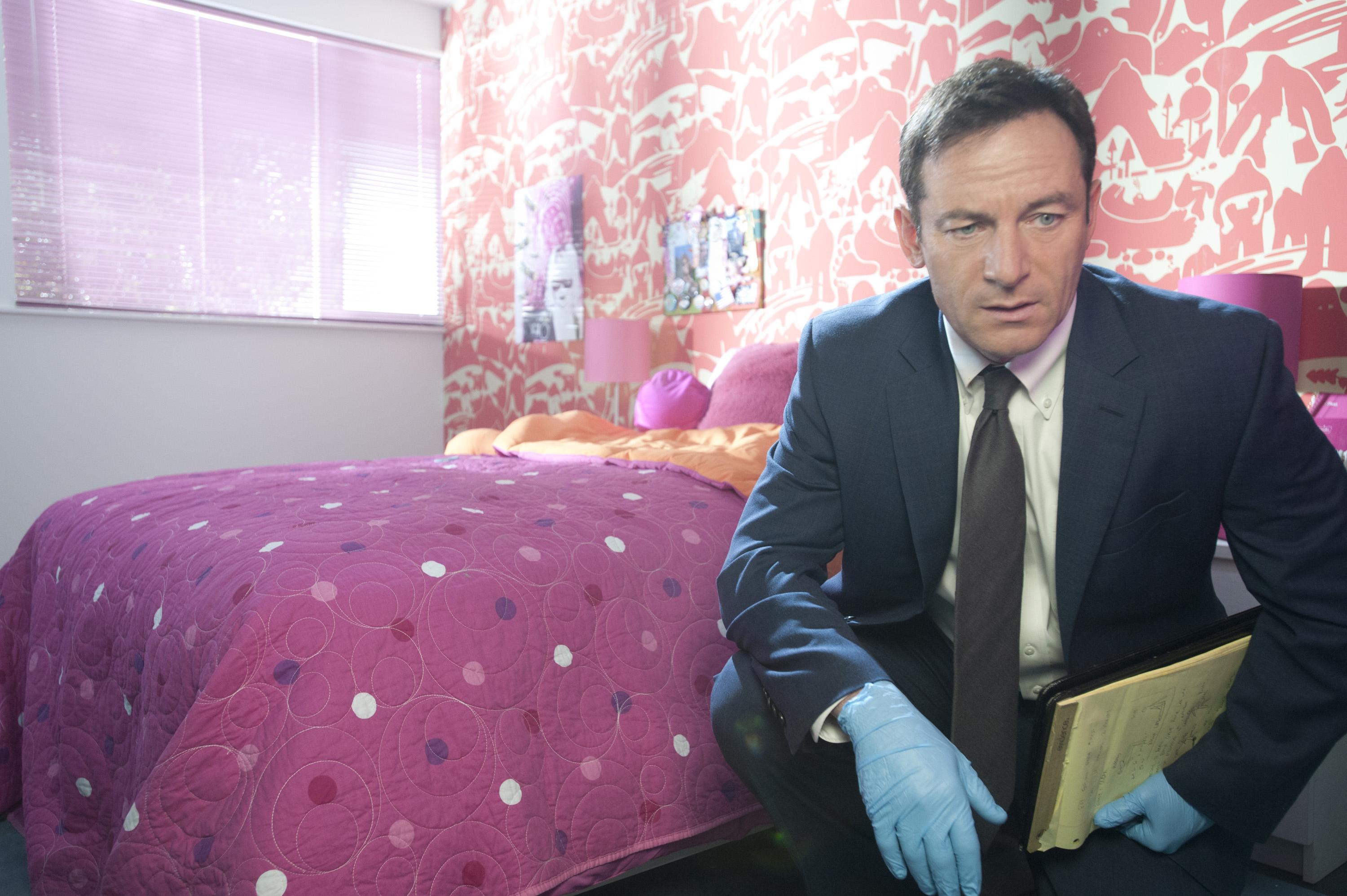 By Kimberly Rosales |Staff Writer| “Awake,” a high-concept fantasy crime drama, is the latest thriller to grace the NBC television lineup. The show, which premiered March 1, will be replacing “The Firm” due to the latter’s less-than-stellar ratings. The show stars Jason Isaacs as Detective Michael Britten, who was in a fatal car accident with his wife, Hannah (Laura Allen) and son, Rex (Dylan Minnette). After the fatal crash, Britten discovers that every time he goes to sleep, he switches between two alternating realities. Britten lives one life in which his wife lives and his son died and another in which his son lives and his wife died. The detective’s alternating lives go … END_OF_DOCUMENT_TOKEN_TO_BE_REPLACED

By Kimberly Rosales |Staff Writer| A few recently debuted television shows are expected to be the heavy hitters in a new year of television programming for 2012.  But not all syndicated programs are safe. Shows like New Girl and 2 Broke Girls have become unexpected hits for their respective networks. FOX’s New Girl premiered with approximately 10.3 million viewers while CBS’s 2 Broke Girls premiered with approximately 19.4 million viewers. TV by the Numbers reports that both shows have retained their higher rating in their time slots on primetime broadcasting. 2 Broke Girls however has recently been rocked by criticism.  Entertainment Weekly reported that the show is being … END_OF_DOCUMENT_TOKEN_TO_BE_REPLACED