Coyote Radio shares their experiences on how they navigated their services throughout the pandemic-related campus closure. The Coyote Radio station is located below the John M. Pfau Library and hosts student DJs, social media managers, and a student promotions department. Before the pandemic, students held live shows in the radio production booth on a daily basis to connect with and inform their peers on campus and provide information on what is happening. Kelli Cluque is the Operations Manager of Coyote Radio and Advertising. This July will mark her third year in the position. One of the biggest obstacles the station faced was how to manage the daily operations without students on … END_OF_DOCUMENT_TOKEN_TO_BE_REPLACED 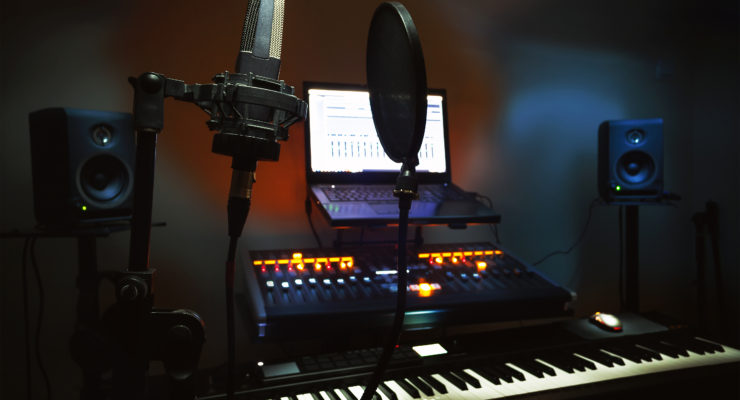 Students of MUS 2660 are set to create tracks for a joint class music album for their final project. Ryan Adams, a senior entrepreneurship major and a DJ, shares his experiences from making music. Adams is one of Dr. Kevin Zhang’s students. Dr. Zhang plans to release a student-created album by the end of the semester which will contain a range of vocals to instrumentals. Q: What are you working on for this project? A: The genre I’m doing for this project is a mix between UK hardcore and hardcore. Hard dance is a unique genre. It starts at 150 pm and goes from there, so it’s a little more aggressive than most genres. In between, there’s usually some beautiful trance-y moments as … END_OF_DOCUMENT_TOKEN_TO_BE_REPLACED

Returning to the Dodger Stadium this year was the eighth year for Tyler, the Creators in the Camp Flog Gnaw Carnival 2019. Presale tickets were sold out back in May way before he released the lineup which was later released in August with a mystery guest as a headliner. Many festival attendees believed the secret artist was going to be R&B singer Frank Ocean but were quickly disappointed when singer/ hip hop artist Drake was the final closer of the festival weekend. Drake being one the biggest music artist of the world received a negative uproar from the crowd chanting “WE WANT FRANK!”. The secret artist was not revealed until the moment of. Tyler came out to greet the crowd and … END_OF_DOCUMENT_TOKEN_TO_BE_REPLACED 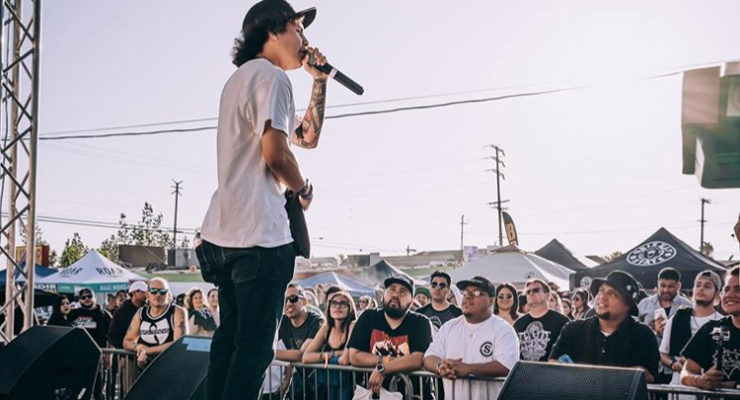 On Oct. 12, 2019, hip hop fans from all over the Inland Empire drove to Ontario for the highly anticipated The Happiness of Pursuit (THOP) festival. The soldout show's lineup featured hip-hop legends Havoc, Crookedeye, and MURS in a spacious back lot of the FIREBALL bar in Ontario, CA.  With a told of 400 attendees, THOP Fest founder 60 East admitted that he was quite surprised by the turnout. “This is only the 4th THOP fest so I am completely aware that we are still growing but WOW! The number of people that came out exceeded my expectations”. With only six months of planning, 60 East and his team sold out the fest with the unexpected lineup. Many were in disbelief that the … END_OF_DOCUMENT_TOKEN_TO_BE_REPLACED 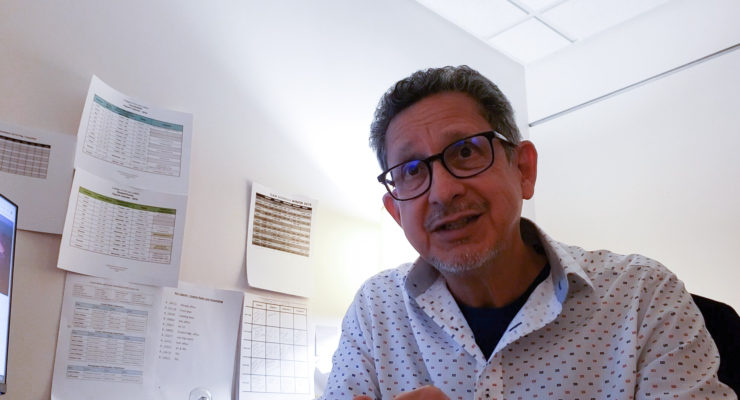 Alfredo Cruz, one of two Co-managers of Coyote Radio and Advertising, explains the importance of local bands and the Coyote Radio. Cruz has been in management for 10 years with audio production and on-air hosting. Due to studying broadcasting at the University of Texas in Austin he was able to gain some insight into the radio and audio industry. He believes that all of this experience has prepared him for Coyote Radio since radio production has been something he has grown to do and love. Cruz has had experience with radio stations. He serves as the general manager of NPR and PBS an affiliate of KVCR on channel 24 and 91.9 FM. Additionally, he was president and CEO at a jazz station in … END_OF_DOCUMENT_TOKEN_TO_BE_REPLACED 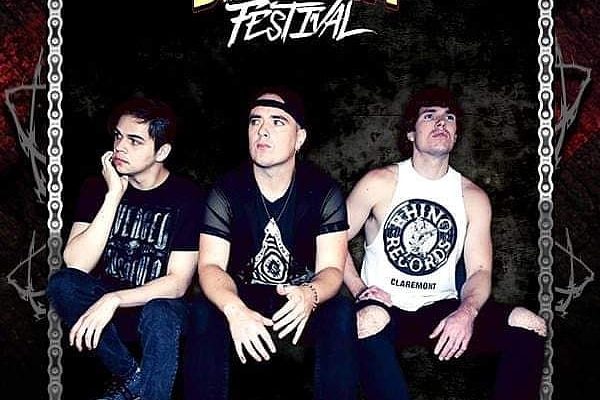 Twenty 2 Salute is a Hard Rock band from the Inland Empire who started off as "The League" but later changed it to be more unique. The lead singer and guitarist Michael Schoon, bass player Mark Schoon, and drummer Raul Padilla known as J, performed at the Down N' Dirty Festival on the weekend of January 18th at the Adelanto Stadium in California. The two brothers have been surrounded by music their whole lives so it was given that one day this would be something they do together. "Our father was in a band growing up, he was in a rock band and he was a singer so it became our normal life to be in a band and we love music," said Mike Schoon. There were about 1,000 music … END_OF_DOCUMENT_TOKEN_TO_BE_REPLACED

Students at CSUSB pursuing an artistic career tell us their passion drives their work. To many, art is more than just a hobby; it is a career and it involves dedication. College is a time to gain the experience you need to prepare for the real world. For students pursuing an artistic career, their hard work is often undermined because their workload doesn’t seem as rigorous as those in STEM majors. Emily Brown, a CSUSB student pursuing a career in the art industry gives an insight into her creative accomplishments as well as the struggles she faces. She is an example that being a student in the arts takes hard work and commitment. “My inspiration comes from my life experiences … END_OF_DOCUMENT_TOKEN_TO_BE_REPLACED

In the age of digital music, vinyl is making a comeback. Now more than ever, music is readily available through apps like Spotify, Tidal, Apple and Amazon music, yet vinyl is seeing a wave of demand from generations born in the digital age. 46.4 Million Americans have bought music subscriptions from streaming apps in the first half of this year alone. Though it is a high number, vinyl sales skyrocketed to $416 million just 3 years ago; equal to 12 million records sold. According to the RIAA (Record Industry Association of America), the last time sales were that high was back in 1988. While 70% of the music industry is brought in by digital music, vinyl sales are high from all … END_OF_DOCUMENT_TOKEN_TO_BE_REPLACED 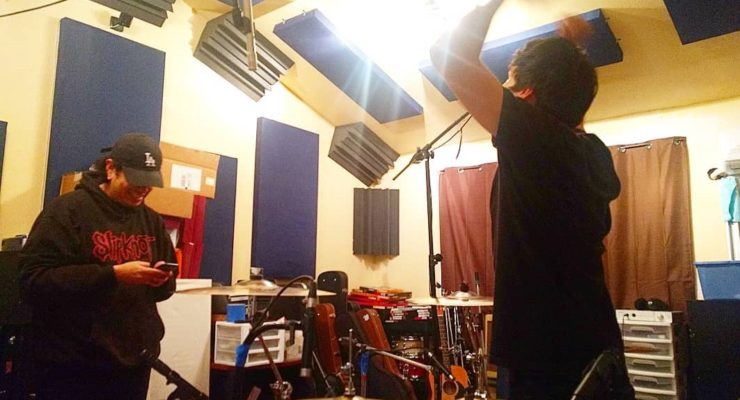 Fabio De La Luz, CEO and professional music producer of Scenic Road Industries, had it tough to make his dream a reality. At age 17, Fabio De La Luz found himself homeless and what he knew as a family was torn from the only stability he’s known. The only thing that keeps his head up, is music. De La Luz, a young entrepreneur, against all odds, went from rags to riches as he followed the beat of his heart to finding his calling of the rhythm of his soul into music production. Expectations were slum for De La Luz as he revisits painful memories that drove his passion and sparked his living dream career. “I come to find out that my mother had a second family, my father was heart … END_OF_DOCUMENT_TOKEN_TO_BE_REPLACED

On May 18 and 19, Taylor Swift performed two sold out shows at the Rose Bowl Stadium in Pasadena, signifying her return back into the limelight. For the past decade, Swift has been one of the most influential artists in the music industry. With over 10 Grammy awards won, 30 million albums sold, and millions of fans worldwide, her impact on popular music is evident. After multiple misguided headlines and personal attacks of character from the media in the last few years, Swift made the conscious decision to step away from the spotlight. During this time away, Swift spent her time writing and recording her sixth studio album, "Reputation", shining light on her personal experiences … END_OF_DOCUMENT_TOKEN_TO_BE_REPLACED