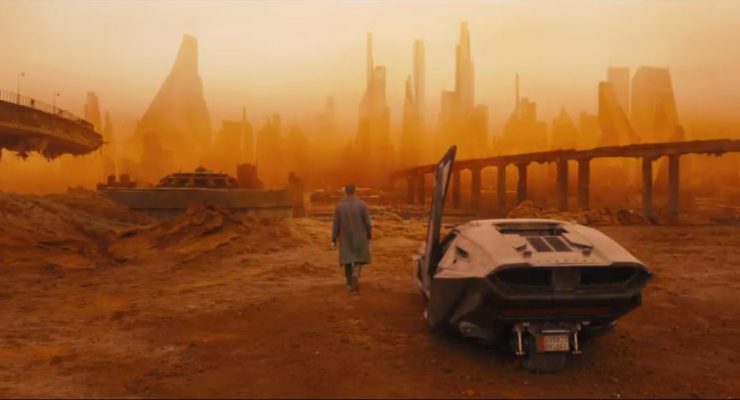 Blade Runner 2049, the long-anticipated sequel to the 1982 cyberpunk classic, Blade Runner, is now in theaters. Lovers of the original story are sure to enjoy the stunning computer generated imagery that is guaranteed to dazzle audience members into a science fiction haze. The film follows the story of a Blade Runner and new model Replicant who simply goes by K. The film starts with him, hunting down an older model Replicant and then transitions into a completely different story. For those who are not familiar with the story, here is what you need to know: Blade Runner 2049 takes place on Earth in the year 2049. The atmosphere is reflective of a dystopian environment that is … END_OF_DOCUMENT_TOKEN_TO_BE_REPLACED 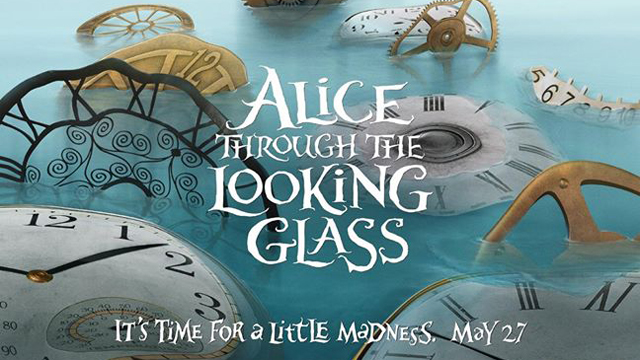 By Destiny Carter |Staff Writer| Director James Bobin challenged himself upon making the sequel "Alice Through the Looking Glass." The movie is exciting and entertaining to say the least. Author Lewis Carroll brought these wonderful characters "alive" in his beloved stories, trying to live up to such a successful story is not always easy. Bobin did well with this sequel keeping the madness alive and did a commendable job of making sure that "Through the Looking Glass" kept the "wonder" we came to love from the first film. The same original cast was used besides a new character played by Sacha Baron Cohen known as "Time." Time had a long and significant role in the movie … END_OF_DOCUMENT_TOKEN_TO_BE_REPLACED

By Andrea Jimenez | Staff Writer | "London Has Fallen" was not my favorite film, but I cannot say that it did not keep me in suspense, while shedding a couple tears as my deepest thoughts went to the lives lost in the many terrorist attacks that have impacted our lives and made history rise. Following the mysterious death of the British prime minister, the world's leaders gathered in London to pay their respects. Before they kneel down and say their last goodbye, the city of lights quickly arose in massive explosions, becoming the city of gore. Decapitation seemed to be the main theme in this action filled sequel, as terrorists had no mercy on anyone, leaving puddles of flesh and … END_OF_DOCUMENT_TOKEN_TO_BE_REPLACED

By Carolyn Solar |Staff Writer| For the second year in a row, the acting category of the Oscars consisted of all white nominations. This alone has raised questions about the diversity of the Academy of Motion Picture Arts and Sciences. “The Academy members, also known as the "Oscar voters," range in age from early 40s to late 60s and are all white and male,” according to BET.com. This has people wondering whether this is a test of talent or another case of blatant discrimination. Actress Jada Pinkett Smith decided to take to social media to note her disapproval. She posted a video saying that she refused to support an award show that lacked diversity and that she would … END_OF_DOCUMENT_TOKEN_TO_BE_REPLACED

By Jaritza Mendoza | Staff Writer | The production company Focus Features invites CSUSB and eight other U.S. colleges to an intimate roundtable interview with the cast and crew of the upcoming film, “Race,” at the Four Season Hotel in Los Angeles on Jan. 24.   “Race” tells the inspiring true story of African-American Jesse Owens, who surpassed social and personal barriers and became the first worldwide superstar by conquering the 1936 Berlin Olympics in Germany, during the height of Hitler’s reign.   This film brings elements of strength, endurance and success in this biopic focusing on Owens, who despite segregation and non-believers, showed that individual … END_OF_DOCUMENT_TOKEN_TO_BE_REPLACED

By Arthur Medrano |Staff Writer| “13 Hours: The Secret Soldiers of Benghazi” is a political thriller meant to captivate the audience with the bombardment and relentless attacks on a U.S. compound in Libya after the attack on Sept. 11, 2012 that led to the death of U.S. ambassador Christopher Stevens and others. Based off the book, “13 Hours: The Inside Account of What Really Happened in Benghazi,” brings the “based on a true story” adaptations to the next level with the explosive fireworks director Michael Bay is known for. Ever since its release on Jan. 16, it has received mixed reviews due to its lengthy screen time (2 hours, 24 minutes), with little background on the characters … END_OF_DOCUMENT_TOKEN_TO_BE_REPLACED

By Jose Alvarez | Staff Writer | Our former governor, Arnold Schwarzenegger, stars in a disappointing film. “Maggie” is a horror-drama film that has been playing in select theaters since its limited release on May 8. Critics believe the only reason that this film has been getting any traction is because of Schwarzenegger’s iconic name. The plot goes as follows: Maggie, played by Abigail Breslin from “Zombieland,” is a teenage girl who gets infected and slowly transforms into a zombie. Maggie’s father Wade, played by Schwarzenegger, is now faced with a difficult decision, either send Maggie to the quarantine zone where she will be killed, or kill his own daughter. I felt that one of the … END_OF_DOCUMENT_TOKEN_TO_BE_REPLACED

By Tiffany Moyes |Staff Writer| Many filmgoers thought the glory days of movies based on Nicholas Sparks books were over, until now. “The Longest Ride” follows the love story of Sophia (Britt Robertson) and Luke (Scott Eastwood), two young kids from North Carolina, who met by fate at a rodeo. Their lives would never be the same after saving the life of an elderly man. Their personal struggles and determination place a decent backdrop to the true love story of this film. The latest adaptation of one of the many Sparks novels has no new surprises in what they market, but the true surprise is what they don’t tell you after failing to captivate audiences the last two times … END_OF_DOCUMENT_TOKEN_TO_BE_REPLACED

By Jose Alvarez | Staff Writer | “Unfriended” is a low budget film that has been making a lot of noise around CSUSB lately. The movie was released on April 17 with what seemed to be low expectations from everyone.   If you ask me, the movie was pretty decent. What’s unique about the film is that we, the audience, view it as if it were a Skype call.   The screenwriter, Nelson Greaves, used an unknown spirit that invades the Skype transmission. The plot goes as follows: Laura Barns was a victim of cyber-bullying after a video was posted online of her passed out at a party.   After the embarrassing video was uploaded on YouTube, another video was posted of … END_OF_DOCUMENT_TOKEN_TO_BE_REPLACED

By Nadia Ahmad |Staff Writer| “Project Almanac”, Michael Bay’s new sci-fi flick, has potential but won’t quite leave an impact. The film is shot from the point of view of high school senior David Raskin, his sister, his friends, and the most popular girl in school. They discover pieces of what looks like a time machine in their basement and decide to change the world. The high school students soon realize that the world around them is in danger due to the ripples they cause every time they travel back in time. “Some parts of the movie are really cool. I like how when they went back in time, everything was shot in slow motion. I just thought that they used the machine for … END_OF_DOCUMENT_TOKEN_TO_BE_REPLACED