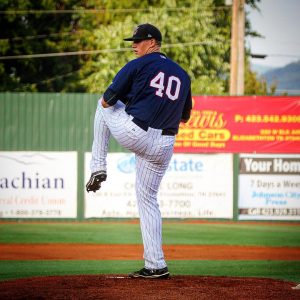 By Gabriel Ramos | Contributing Writer | The start of Minor League Baseball means it's time for former Coyotes Tyler Wells and Will Ouellette to head back to the pitcher's mound for their newly assigned teams. However, before Wells and Ouellette traveled to their 2017 team destinations, they participated in Spring Training in Florida. Wells was a starting pitcher for the Coyotes for three years. The Minnesota Twins drafted him in the 15th round of the 2016 Major League Baseball Draft. Wells was assigned to the rookie-level Elizabethton Twins, where he racked up five wins and two losses while posting a 3.23 earned run average (ERA). He made 10 appearances all starts. He also … END_OF_DOCUMENT_TOKEN_TO_BE_REPLACED