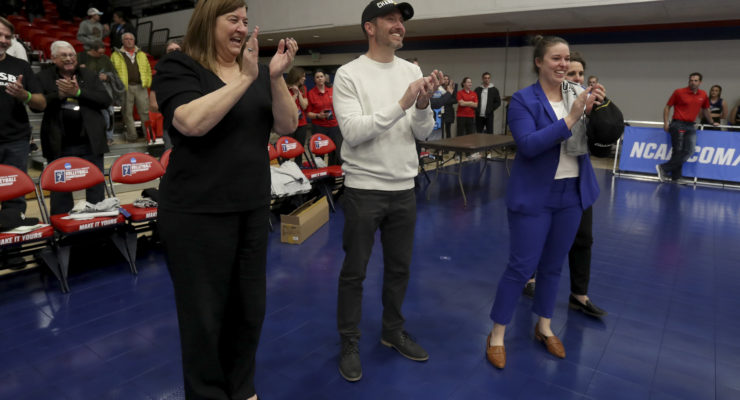 As the stay-in-home order continues, athletes continue to circle around the questions that are on every athlete's and coach's minds: if all sports events are still banned for 2020-2021, will every sport be granted another year of eligibility? The athletic program on campus has taken off for Fall sports such as women’s volleyball and men’s soccer. Both teams had their best season’s in school history with women’s volleyball finishing at number one in the nation and men’s soccer finishing at fifth. These teams begin training for their season early August, but Governor Newsom listed the reopening of sporting events to occur at Stage 4 of the four stage process to phase out of … END_OF_DOCUMENT_TOKEN_TO_BE_REPLACED

As COVID-19 has effectively shut down all collegiate sports, coaches worry about their employment. Banned activities include practice, provision of any workouts and training exercises for their players, and recruitment of new players. Recruitment is the most crucial aspect of coaches’ job. It is what ensures that they actually have and maintain their job. Sebastian Ascensio, a transferring sophomore, was in the middle of the recruiting process when this pandemic struck and caused a nationwide stay at home order. Back in March, Ascensio was discussing possible scholarship money with coaches in order to support him and his family financially. With the stay at home order, Ascensio has … END_OF_DOCUMENT_TOKEN_TO_BE_REPLACED 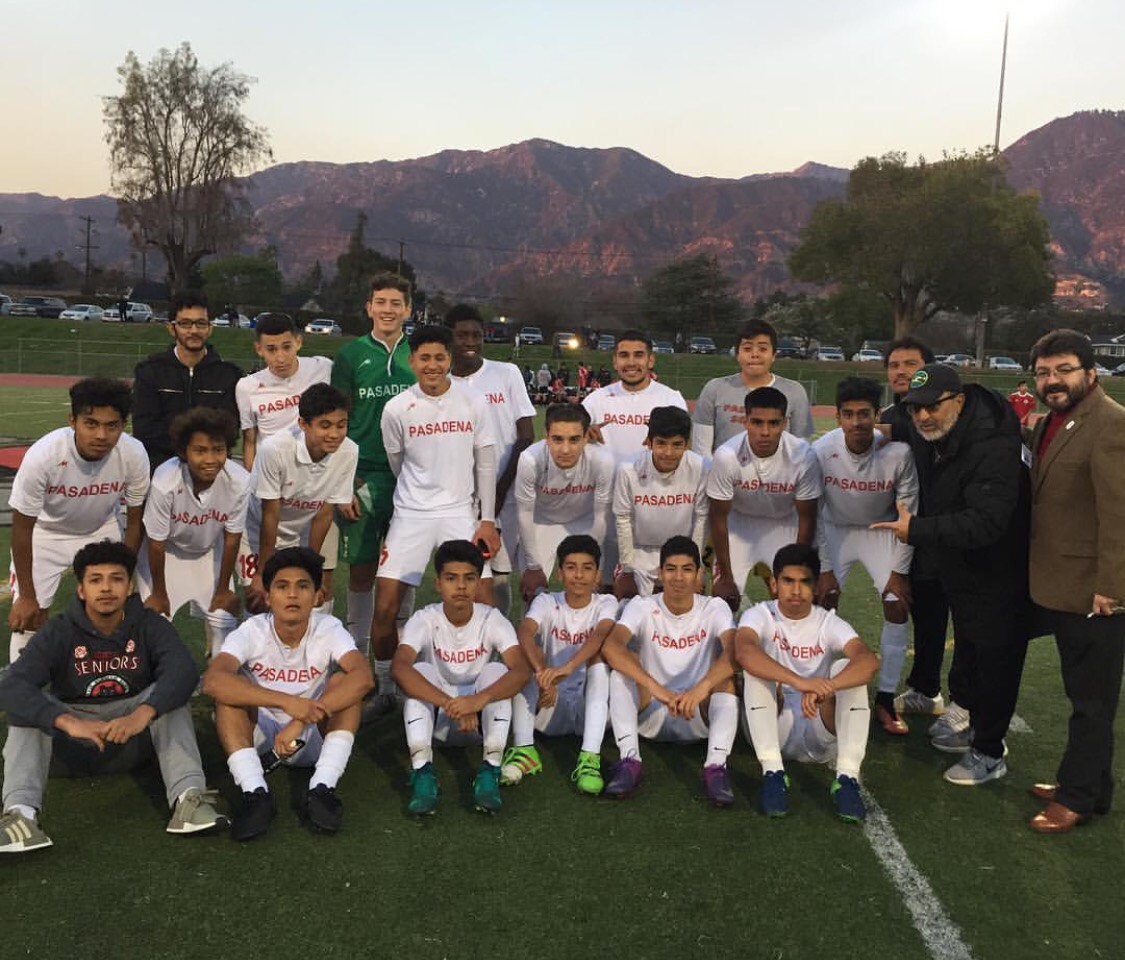 By Breeze Rivers |Staff Writer| For this upcoming 2017 season, the men's soccer program may hire another new coach, or bring back interim head coach Darren Leslie. The men's soccer program reflects on its past as it gets ready for potential changes, 33 years and nine coaches later. The first men’s soccer team in the history of CSUSB athletics was put together in 1984. Led by head coach Cherif Zein, the newly formed Coyotes proved to be successful with an 11-2-0 winning record on the season. Zein is currently still very involved with coaching soccer. He coaches for a club, CZ Elite, as well as for Pasadena High School. The men’s soccer program started off competing at the … END_OF_DOCUMENT_TOKEN_TO_BE_REPLACED

By Kieron Coleman |Staff Writer| The Coyote soccer program started in 1984, 19 years after the school opened in ’65. From '84 to '90 the men's program competed in Division III, with a record of 84 wins, 41 losses and 7 draws. Within college sports there are three divisions that schools can compete in. Division I schools are considered to be the most competitive. They tend to have the most publicity when it comes to games and are recognized as being well-funded programs, which allows them to own a lot more scholarships. Division II, which our school is a part of, is the middle bracket of the National Collegiate Athletic Association (NCAA.) It is seen to be less competitive due … END_OF_DOCUMENT_TOKEN_TO_BE_REPLACED

By Kieron Coleman |Staff Writer| CSUSB men's soccer got the 1-0 win against the East Bay Pioneers on Oct. 7 to improve their record to a promising 4-2-1 in the CCAA. Once again, midfielder Diego Casillas scored the game winner via a penalty placed confidently into the side netting. “All I could think about is placing the ball into the back of the net, I completely shut out all the distractions," said Casillas. The Coyotes outshot the Pioneers 16-10 in the game, with eight shots causing the Cal State East Bay keeper some problems. Goalkeeper Jacob Huber has now kept an impressive six clean sheets this year, with Captain Dan Looker keeping a strong back line. “We have been … END_OF_DOCUMENT_TOKEN_TO_BE_REPLACED

By Yesica Chavez |Staff Writer| Coyote's men soccer gave a tremendous fight, but unfortunately had to settle for a draw against California State University Stanislaus Warriors on Oct. 9. Coyotes were hungry for a win and dominated possession of the ball the entire first half of the game. Eager to score, sophomore mid-fielder Tony Lo gave the Coyotes a 1-0 lead in the first half after he stole the ball from a defender and had a one-to-one shot with the goal keeper. "We had more control over the game," said Lo. Although the Coyotes didn't lead the first half in shot attempts, they were able to keep the lead in the first half. The Warriors reacted quickly and came back with a … END_OF_DOCUMENT_TOKEN_TO_BE_REPLACED

By Loydie Burmah |Opinions Editor| Coyote men's soccer won in an arduous match against the Cal State Stanislaus Warriors 1-0 at Premier Field on Oct 17. The Coyotes scored in the second half in the 65th minute, when freshman Midfielder Tony Lo scored left past Warriors goalie Clint Long, assisted by Midfielder Diego Mendoza and Defender Daniel Looker. A mess of shouted phrases from coaches along the outer edge of the field urged the players to maintain peak performance. Outside midfielder Daniel Lopez believes that the Coyotes' possession-oriented style of playing is what allows the team to create advancing opportunities to score. "We came out working and fighting for one … END_OF_DOCUMENT_TOKEN_TO_BE_REPLACED

By Ryan Libby |Staff Writer| Surely healthy eating habits can be hard to maintain, especially for college students, so are diets the best option? When most people think about losing weight they think about going on a diet however, that does not have to be the case. Professor Dr. Dorthy Chen Maynard talks about changing one’s lifestyle as opposed to thinking of their weight loss mission as a diet. “Eat anything you want, but stop eating when you’re satisfied,” said Chen Maynard. What one can do is when they attend a restaurant grab a to-go box first and take half of the food away and save the other half for later. Spacing your meals and eating smaller portions throughout the … END_OF_DOCUMENT_TOKEN_TO_BE_REPLACED

By Megan Acuna | Staff Writer | Coyote men’s soccer team ended their 2012 season on Oct. 27 with a 3-0 win against CSU East Bay. In spite of missing out on playoff competition, the Coyotes had a productive season which ended with an overall record of 5-5-7 and 5-5-5 in CCAA. This was Head Coach Lance Thompson’s first season with the Coyotes. “I was hired in June. The student athletes were just ending their quarter upon my arrival. August 13 was our first time meeting ever as a team,” said Thompson. They finished with a .500 average and a sense of achievement despite the team coming together for the first time two weeks before their first game. “We couldn’t have done anything … END_OF_DOCUMENT_TOKEN_TO_BE_REPLACED

By Megan Acuna | Staff Writer A heartbreaking goal in the final 15 minutes of the Coyote men’s soccer team’s game gave them their 4th loss of the season. The game was at home on the Coyote’s Premier Field against CSU Stanislaus. This loss brought the Coyotes’ overall record to 4-4-7 and 4-4-5 in CCAA. With two games left in the season on Oct. 26 and 28, the Coyotes are looking to end their season on a high note against Cal State Monterey Bay at Cal State East Bay, both games are away. The recent loss also means that the Coyotes are now out of contention for CCAA Tournament play, but with the upcoming games against Monterey Bay and East Bay the Coyotes “are attempting to earn a … END_OF_DOCUMENT_TOKEN_TO_BE_REPLACED