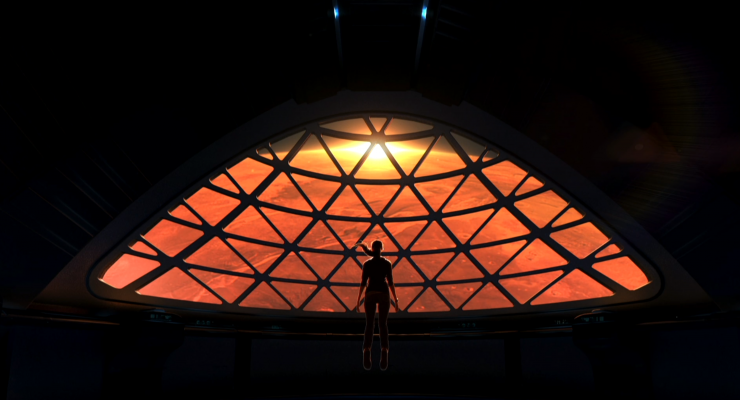 Elon Musk presented plans for SpaceX to begin colonizing Mars using a fleet of BFRs, a codename for Big F*****g Rocket, to transport humans and supplies from Earth. His plan is to lead mankind into becoming an interplanetary species by establishing a sustainable city on Mars in hopes to preserve humanity in the event of an extinction scale scenario on Earth. "It's probably somewhere between 40 to 100 years to achieve a fully self-sustaining civilization on Mars," said Musk. This civilization will consist of one million people. Musk wants the move to Mars to be affordable for most people at $200,000 per person. Though this is still a lot of money, the estimated cost now to transport … END_OF_DOCUMENT_TOKEN_TO_BE_REPLACED

By Veronica Vicente |Staff Writer| “Bruno Mars 24k Magic” Bruno Mars will release his third album on Nov. 18 that features his newest debuting single “24K Magic.” “24k Magic” had a groundbreaking record of 101 thousand copies sold in the first week and landed at No.5 on the Hot on Oct. 18. "The Accountant Makes it Big" "The Accountant" premiered on Oct. 14 and featured Ben Affleck as a deadly accountant, it opened at No. 1 at the box office with $24.7 million opening weekend. "The movie was a fun drama that I enjoyed and the more you pay attention, the more you can appreciate the details and the layers in the plot, it was also an interesting portrayal of someone … END_OF_DOCUMENT_TOKEN_TO_BE_REPLACED

By Joel Cruz | Staff Writer | Spending more on weed than snacks (Feb.2) Americans have spent more money on legal marijuana than on Cheetos and Doritos combined in 2015. A total of $5.4 billion was spent on legal marijuana, which does not account for sales of illegal marijuana, while $4.9 billion was spent on Doritos, Cheetos, and Funyuns combined. The total includes over $1 billion in legal marijuana sales in California, $1 billion in Colorado, and half a billion dollars in sales in Washington State, according to The Denver Post. Despite the numbers, investors are still weary of the federal restrictions in which marijuana is still 100 percent illegal. Marijuana business stocks were … END_OF_DOCUMENT_TOKEN_TO_BE_REPLACED

By: Elle Carlos | Staff Writer | Iron Max 1/18/16 A 5-year-old superhero made his Marvel debut as "Iron Max" in the Iron Man comic book. When Max Levy had a metal plate inserted in his chest to assist his battle against hemophilia, he quickly realized, "I'm Iron Man!," according to an article on nbc.news.com. Marvel writers got wind of the story when #IronMax appeared on social media. Along with the Iron Max comic, his photo and story were featured in the back, with hopes to inspire children everywhere who are battling a disease.     Space Fashion 1/15/16 Virgin Galactic partnered with Adidas' Y-3 designer to create fashionable spacesuits. Following … END_OF_DOCUMENT_TOKEN_TO_BE_REPLACED

By Melanie Limon |Staff Writer| “The Martian” exceeds expectations with a twist on how to to survive on Mars. Released on Oct. 2, this movie pulled in $98.9 million worldwide during its opening weekend. Director Ridley Scott had a serious task to make this movie stand out from its competitors such as “Interstellar” and the award winning “Gravity.” His attempts were a success earning great reviews from critics ranging from the New York Times to Rolling Stone. The movie takes place on Mars where six astronauts who are out on a mission, on their ship Ares III, accidentally leave a member behind (Matt Damon) after believing he was dead due to a horrible accident that occurred moments … END_OF_DOCUMENT_TOKEN_TO_BE_REPLACED

By Jorge Campos |Staff Writer| Robocop prototype (Feb. 14) In Miami, Florida, a group of scientists developed a prototype of “Robocop,” a robot with elements which allow it to serve as a patrol officer, according to beforeitsnews.com. Although it’s still a prototype, there are companies who have shown their interest in the model and the functions that are being created, according to The News-Herald.     Canada allows strip searching of students (Feb.17) It is acceptable to strip search students in Quebec if they are suspected of carrying drugs, and as long as it is done respectfully. A student stripped down for suspicion of selling weed to a friend stated that … END_OF_DOCUMENT_TOKEN_TO_BE_REPLACED

By Jocelyn Colbert |Staff Writer| Woman to give birth on Mars (Feb. 4) Humans have yet to set foot on Mars, but one British woman already wants to be the first to give birth on the red planet. According to the Huffington Post, Maggie Lieu is one of 600 people being considered for the Mars One Project, which hopes to set up a permanent colony on Mars by 2025. Unmanned vehicles are scheduled to launch to the planet starting in 2018. In 2024, the first four humans will be sent, with four more every two years after that.   Man had sex with captive dolphin, creates documentary (Jan. 31) A man who had sex with a performing dolphin at an amusement park in the 1970’s has claimed the … END_OF_DOCUMENT_TOKEN_TO_BE_REPLACED

By Daniel DeMarco |Staff Writer| Pig virus continues to spread across U.S. (Jan. 18) A deadly pig virus has reportedly spread to Wyoming and California, bringing the total number of states affected to 22 since it surfaced in the country last April. The virus is not harmful to humans, but is having a heavy effect on the pork industry where numbers are estimated to be in the millions of pigs lost to the virus. Student Christian Barker said, “I think that says something about our food industry when every year there’s some crazy new virus killing all the animals.” Mystery rock recently found on Mars (Jan. 20) As part of an exploration mission, a rover on Mars discovered a … END_OF_DOCUMENT_TOKEN_TO_BE_REPLACED