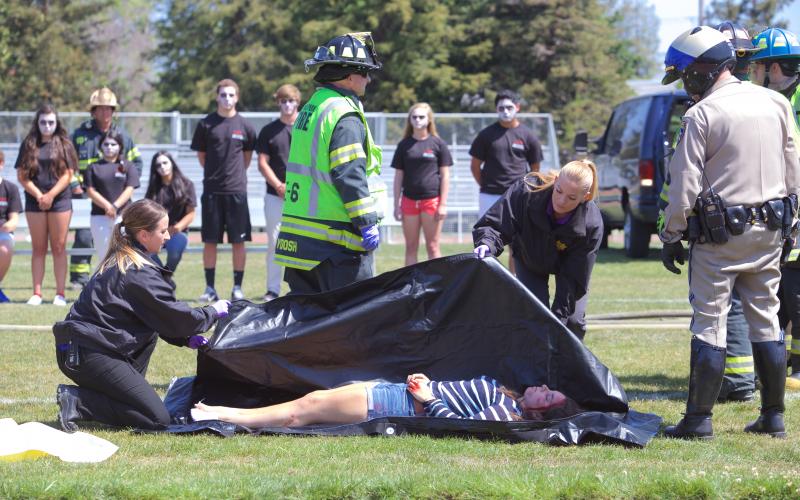 By Manny Sandoval |Distribution Manager| A Deputy Coroner is a crucial career within law enforcement. From conducting investigations to determining the cause and mode of death, contacting descendants of the deceased, to helping families go about making the tough transition during such a trying time, Deputy Coroners wear many hats and put themselves on the line when in the field. A Deputy Coroner is someone who investigates death. We had the opportunity to sit down with the County of San Bernardino Deputy Coroner Marlene Leyva to discuss how one can become a Deputy Coroner. We covered her journey to success, and discussed the critical aspects that come along with this gut … END_OF_DOCUMENT_TOKEN_TO_BE_REPLACED 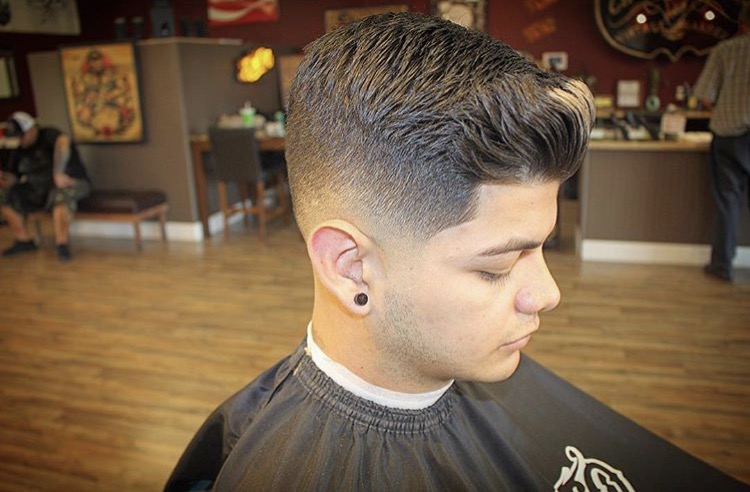 By: Manny Sandoval | Contributing Writer The amount of time men should go between haircuts depends on the length of the cut and style. A good haircut should last a long time. But the definition of ‘a long time’ and ‘a good haircut’ seem to differ from person to person. In the winter men are much more prone to letting their hair grow out and cut their hair less often due to the colder temperatures. One might feel that a haircut every three to four weeks is too far in-between and some men may feel that is an adequate amount of time. Heres what Instagram users had to say about mens hair: https://instagram.com/p/BP_myoDFUwo/ For those who continuously keep the sides of their … END_OF_DOCUMENT_TOKEN_TO_BE_REPLACED

By Manuel Sandoval |Assistant News Editor| CSUSB's online criminal justice graduate program ranked number two in the nation for having the best value. According to Valuecolleges.com, this is the third time this academic year that CSUSB placed on the "Top 50 Best Value Online Graduate Criminal Justice Programs of 2016.” "We have been ranked numerous times. I am pleased and proud of what our criminal justice department does here at CSUSB," said Larry K. Gaines, criminal justice department chair. This past August the criminal justice online master of arts degree was listed at No. 17 in SuperScholar’s “50 Best Online Criminal Justice Programs 2015,” and No. 20 by U.S. News & … END_OF_DOCUMENT_TOKEN_TO_BE_REPLACED

By Manuel Sandoval lStaff Writerl More Mexican immigrants, documented and undocumented, are returning to Mexico instead of staying in the United States. An estimated 870,000 Mexicans came to the United States between 2009-2014, but one million returned home. In 2014, there were 11.3 million unauthorized immigrants in the U.S., according to Pew Research.   “The net decline in Mexicans was driven by the great recession in the U.S. that made it harder to find jobs, and the economy is improving in Mexico,” said Mark Lopez, director of Hispanic research center.   Fourteen percent of the one million Mexicans who returned to their home country since 2009 said they did so … END_OF_DOCUMENT_TOKEN_TO_BE_REPLACED

By Manuel Sandoval |Staff Writer| Students nationwide protested as part of the Million Student March on Nov. 12 in hopes of a $15 minimum wage for all campus workers, free college tuition, and cancellation of all student debt.   Students from more than 100 campuses including the UC system and some private colleges on the east coast showed their support during the march.   On the Twitter account for the march, students were given chants to recite and advised to walk out of class. The march was organized through social media and the goals were inspired by a comment U.S. Senator Bernie Sanders made, insisting that it would take a million students marching to make … END_OF_DOCUMENT_TOKEN_TO_BE_REPLACED

By Manuel Sandoval |Staff Writer| CSUSB’s new innovation lab gives students access to 3D printing, scanning, mold making and hardware electronic kits. The lab is open to all CSUSB students and offers virtual reality headsets, computer numerical controlled milling, hardware electronic kits. “The seed was growing in my mind for the past year to develop such a lab. Not many universities are doing it and CSUSB is one of the first universities in the CSU system to debut this type of lab,” said Jonathan Smith, head of Library Information Technology. “The Innovation Lab is a technology focused maker space, which provides emerging technology where students can use this equipment such as 3D … END_OF_DOCUMENT_TOKEN_TO_BE_REPLACED

By Manuel Sandoval |Staff Writer| Tutor pimps out daughter Nov. 2   A student at Notre Dame accused an academic coach of pressuring him into having sex with her daughter, according to the New York Daily News.   Notre Dame fired the tutor, with an internal school report obtained by the Daily News saying she violated the school’s “values” and its “discrimination harassment policy.”   In the lawsuit against the school, the unnamed student argued that “the tutor orchestrated ‘sexually and racially motivated’ trysts with her daughter by including condoms, transportation and hotel rooms for academic favors,” according to the Daily News … END_OF_DOCUMENT_TOKEN_TO_BE_REPLACED

By Manuel Sandoval |Staff Writer| Drone regulations in the Inland Empire are imminent.   In February the Federal Aviation Administration (FAA) proposed potential rules which would allow drones weighing up to 55 pounds to fly within sight of their remote pilots during daylight hours. The drone will have to stay below 500 feet in the air and fly less than 100 mph.   According to the FAA, people flying drones would need to be at least 17-years-old, pass an aeronautics test and be vetted by the Transportation Security Administration.   The FAA expects 18 months or longer before the rules are completed, according to USA Today.   The U.S. Department of … END_OF_DOCUMENT_TOKEN_TO_BE_REPLACED

By Manuel Sandoval |Staff Writer| CSUSB students and staff won big at the Inland Empire Media Awards.   Coyote Radio won Best College Media Outlet of The Year.   Lacey Kendall of Coyote Radio and KCAL FM also took home the award for Media Talent of the Year. Amanda Fernandez took home the award for Best Student Representative of The Year.   “I was really shocked that I won. I gave a short speech and got a little emotional because I was just so blown away and grateful,” said Fernandez, Coyote Radio Student Operations Manager.   The awards ceremony recognizes media professionals in the Inland Empire. Winners are selected based on their service to … END_OF_DOCUMENT_TOKEN_TO_BE_REPLACED

By Manuel Sandoval |Staff Writer| CSUSB Alum, Dia Poole, was elected president of the CSU Alumni Council. In July Poole was inaugurated and has since partnered with CSU for a highly successful Class of 3 Million campaign. The campaign is targeted towards CSU alumni where they can share their inspiring graduation stories, leave thank you messages to supportive faculty and staff, attend alumni events, and even share memorable college memories. The inspiration for the name of the Class of 3 Million campaign came from the fact that CSU Universities have over 3 million alumni. “The CSU is constantly holding events and programs to bring CSU alumni together,” said Public Affairs … END_OF_DOCUMENT_TOKEN_TO_BE_REPLACED