By Dalal Museitef  |Asst. Features Editor| Lupe Fiasco returns as anything less than a fiasco to CSUSB ears. Fiasco reels his listeners through the artistic loops of his latest album Tetsuo and Youth. The Chicago blood artist, Wasalu Muhammad Jaco, featured on rapper Kanye West's track, "Touch the Sky", and who boasted his start to become his own name.  His fame then launched from having three Grammy nominations in 2006, one including Best Rap Album for Lupe Fiasco's Food & Liquor to being voted by GQ magazine as the Breakout Man of the Year. Fiasco's unstoppable track to success led him to release his second studio album called Lupe Fiasco's The Cool, which featured hit … END_OF_DOCUMENT_TOKEN_TO_BE_REPLACED 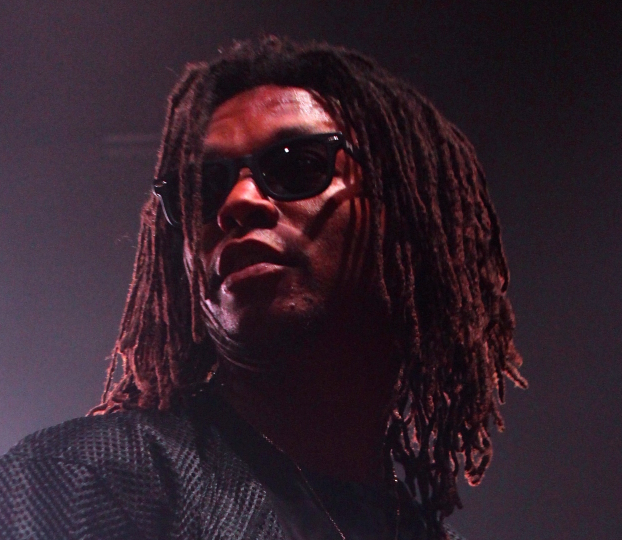 By Manal Museitef |Managing Editor| Lupe Fiasco went center stage on Saturday night, May 31 in the Coussoulis Arena at CSUSB promoting his upcoming album Tetsuo and Youth. Over 300 students and fans alike showed up to support the conscious hip hop artist, even though he momentarily forgot where he was. Over the course of the show, Lupe had fans blushing when he repeatedly referred to them as a UC instead of a Cal State. It was awkward and embarrassing to say the least, for both parties. Other than that Lupe put on a great hour, performing classics from The Cool and even performed his newest single, "Mission."   Check out some photos from the night: … END_OF_DOCUMENT_TOKEN_TO_BE_REPLACED

By Diana Ramos |Asst. A&E Editor| Walter Martinez or better known as Dj Wall-E won the Behind The Decks Battle hosted by ASI on Wednesday May 7 and will now be the opening act for Lupe Fiasco. Although Martinez has been DJing for a while, the Decks Battle was his very first battle. “I am really ecstatic that I won and more so that I did it in front of my friends and family,” said Martinez. “I am really happy that the judges chose me as the winner and felt I was qualified to be the opening act for Lupe fiasco." Landing the gig has surely boosted Martinez's confidence and gives him high hopes for the future. "My DJ career is growing and will continue to grow thanks to this … END_OF_DOCUMENT_TOKEN_TO_BE_REPLACED

By Jennifer Peters |Staff Writer|   Lupe Fiasco’s latest album, LASERS has listeners beaming after patiently waiting for the March 8 release. Fiasco has been working hard writing and co-producing LASERS (an acronym for Love Always Shines Everytime, Remember to Smile) alongside The Neptunes and The Audibles to name a few. There has been plenty of  hype surrounding this album for nearly two years. Many fans feared they would never hear another album from the rapper after he announced last year that he was retiring from hip-hop Due to conflict with Atlantic Records, LASERS has been held back for over a year including a re-titling. Fiasco stated that the making of the album … END_OF_DOCUMENT_TOKEN_TO_BE_REPLACED