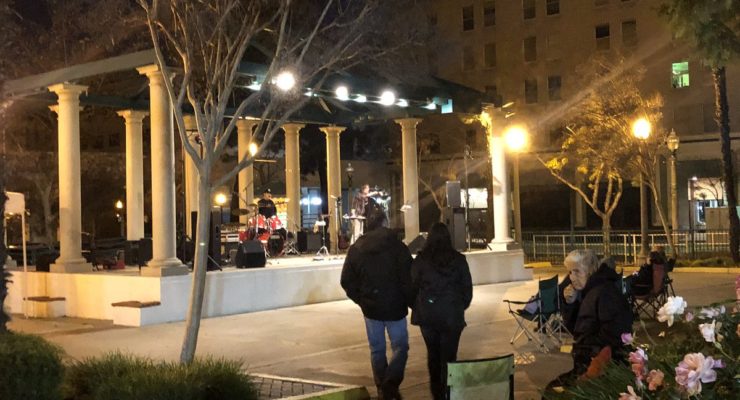 San Bernardino FoodFest has returned for the new year. The event was hosted on Saturday, January 18, 2020, and it featured loads of local cuisine, businesses, art, and live entertainment! These monthly events have been uniting and celebrating San Bernardino's community for over a year now. The event was and will continue to be a host to several local food vendors, with options for anyone and everyone. Some of the options included fresh barbecue for the meat-eaters and vegan pizza and pastries for the more plant-based members of the community. Local artist, Dontrell Jackson (@artrelluhmillion), explained how he was invited back to the festival after his last appearance … END_OF_DOCUMENT_TOKEN_TO_BE_REPLACED 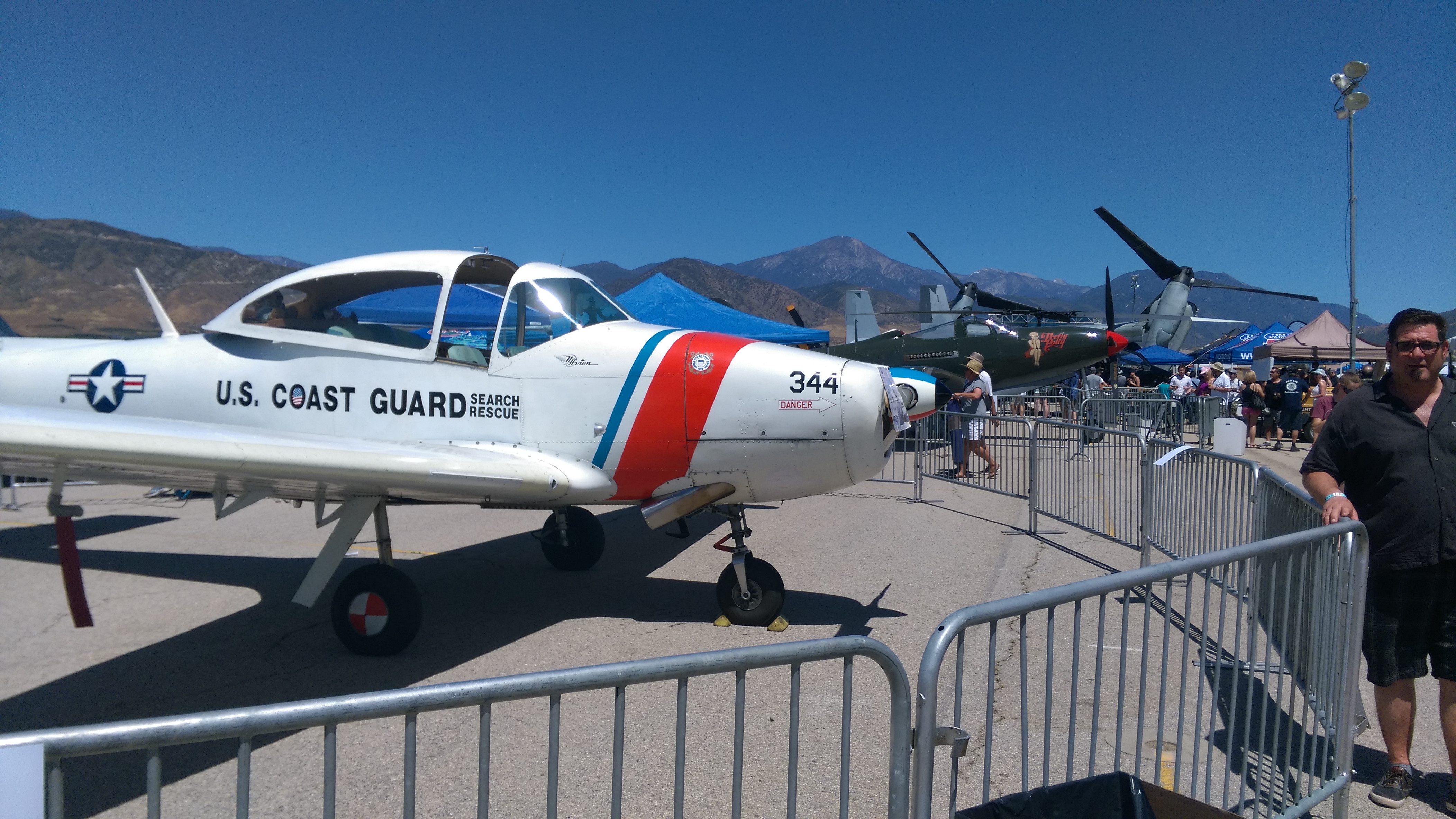 By Robert Klimper |Staff Writer| The air was full of excitement as planes roared across the sky at the 2017 Hangar 24 AirFest on May 20. The AirFest is a recent addition to the city of Redlands that has been put on for the past four years at Redlands Municipal Airport, which is located just across the street from the Hangar 24 Main Brewery. The first AirFest was put on was four years ago, to celebrate the fifth anniversary of Hangar 24 Craft Brewery. The event was also a celebration of the nine year anniversary of the Hangar 24 Craft Brewery. “We have been very blessed, the people that run it and the community that has embraced us as a company and as a brand, I never imagined … END_OF_DOCUMENT_TOKEN_TO_BE_REPLACED 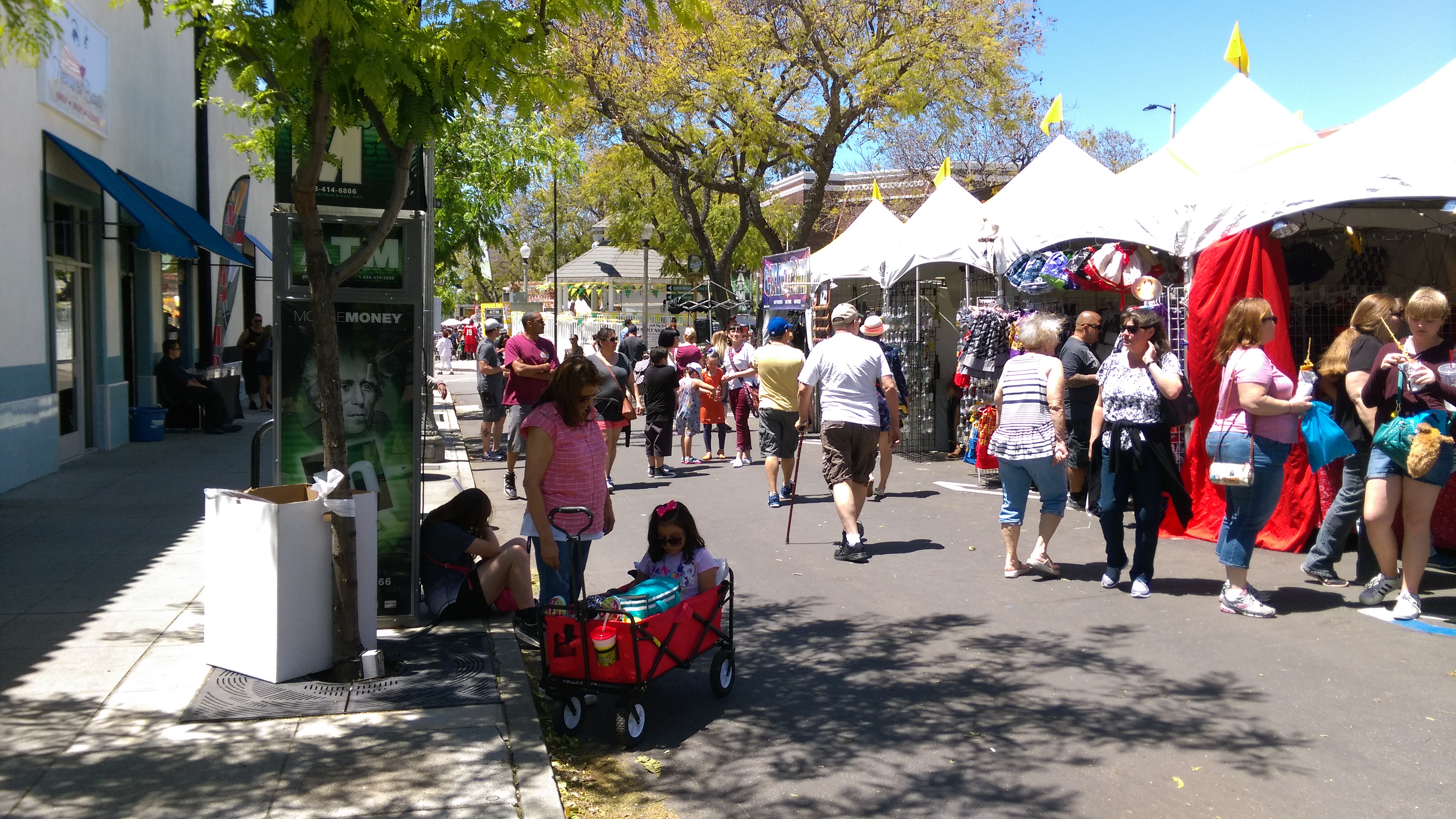 By Robert Klimper |Staff Writer| Broken lovers and lonely hearts celebrated Saddentimes Day at Back to the Grind in Downtown Riverside on Feb. 11. Saddentimes Day was for those who had no one to share their love with, and those brokenhearted. Regardless, people involved in relationships were also welcome. The event itself has been held in different locations around the Inland Empire, initially starting at the Katz Alley in Redlands. The fourth annual event was offered free of charge and open to all ages. “Originally [Saddentimes Day] was my efforts to go against the Valentine's Day holiday, cause to be honest, to me, Valentine's Day is not a real holiday, so I thought it would … END_OF_DOCUMENT_TOKEN_TO_BE_REPLACED

By Carolyn Solar |Staff Writer| Goldenvoice and House of Marley came together on May 9 to present the Island Life All Star Concert at the Fonda Theater in L.A. Island Life is a series of artist showcase events launched by Island Records in 2014 to highlight young talent under this label. This show was hosted by Pete Wentz and featured artists like That Poppy, The Karma Killers, Tyler Glenn and headliner Mike Posner. Fans crammed into this intimate venue for a rare chance to see up-and-coming talent for the price of $30. Singer-songwriter That Poppy started off the show with her hit song "Everybody Wants To Be Poppy." Poppy wore a pink popsicle-printed tee tucked into a … END_OF_DOCUMENT_TOKEN_TO_BE_REPLACED

By Nadia Ahmad  |Staff Writer| Indie-rock trio, Geographer, performed an exciting show in Pomona on Friday, Jan 16 that included new music and new fans. The Glass House is a small venue in Pomona that allows for an intimate show for fans. Members of the crowd were screaming out the band’s name as they waited for the San Francisco-based band to take the stage. “I had the option of seeing them at the El Rey Theatre in Los Angeles but I chose to see them here because I knew it would feel much more special,” said Becca Chavez, one of the screaming fans. The lights dimmed and the crowd roared as a handsome Mike Deni, the band’s frontman, appeared on stage. If I could describe … END_OF_DOCUMENT_TOKEN_TO_BE_REPLACED

By Nadia Ahmad |Staff Writer| Lines of people surrounded the Fox Theater in Pomona to see English pop-rock band Bastille. The band played a mind-blowing show that left the audience awestruck. “I cannot put into words how good that show was. I’m speechless,” said a fan after the show was over. I too was speechless after the concert and agree that this was one of the greatest shows I have ever been to. Singer and frontman Dan Smith had so much energy on stage and really gave it his all. I’m amazed at the range of his voice and how easily he can transition from singing soft, beautiful ballads in a falsetto tone to delivering a fierce, vigorous performance that makes you want … END_OF_DOCUMENT_TOKEN_TO_BE_REPLACED

By Nadia Ahmad |Staff Writer| Hundreds of enthusiastic fans crowded into the The Belasco Theatre to see the beloved band Weezer on Nov. 7. Weezer is one of the most popular bands of the last twenty years, and if you think that after performing for twenty years, a band would lose their flare live, Weezer will prove you wrong. Opting out of having an opening band, Weezer played an acoustic set of all of their classics, such as “El Scorcho,” “Buddy Holly,” and “Island In The Sun,” which seemed to be the crowd favorite. “It was like 1995 Weezer opened for 2014 Weezer,” said a concert attendee. Afterwards, the band performed their entire new album, Everything Will Be Alright In … END_OF_DOCUMENT_TOKEN_TO_BE_REPLACED

By Cesar Perez |Staff Writer| The world of cinema, live music, and international foods come together on the streets of Los Angeles for the season finale of Street Food Cinema. Street Food Cinema is an annual event held in various parks throughout the city of Los Angeles during the summer months and early fall. The event hosted live entertainment with different local bands, a variety of food trucks serving delicious meals, and an outside movie screening of classic and modern movies. First time attendee, Antonio Najera, describes Street Food Cinema as “a chill, and awesome event!” “Its definitely worth coming back next summer!” said Najera. Stanley Kubrick’s, “The … END_OF_DOCUMENT_TOKEN_TO_BE_REPLACED

By Nadia Ahmad |Staff Writer| Q-Fest, hosted by the SMSU Pride Center, filled the Events Center with a mix of music, crafts, and vendors on Oct. 24. The Pride Center’s goal is to provide a safe and comforting environment for students of all genders and sexualities. Q-Fest did just that. The Pride Center lured everyone to the events center with free pizza and live bands. Wasi, a trio from Orange County, was the first band to perform and in my opinion, did an amazing job adding volume and energy to the room. The band started out as background music for the students as they floated from vendor to vendor but after the first two songs, everyone crowded together in front of the … END_OF_DOCUMENT_TOKEN_TO_BE_REPLACED