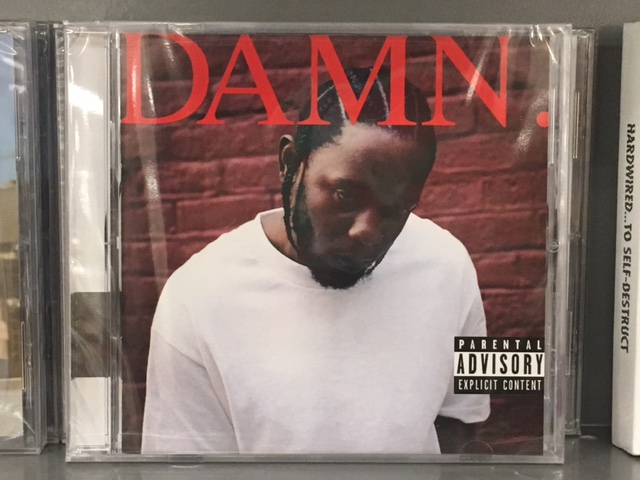 By Yesica Gonzalez lStaff Writer| Hip-Hop artist Kendrick Lamar’s new album “DAMN.” was just released on Friday, April 14. Lamar's album was very different from other artists that usually focus on this type of field and I found it to be enjoyable. "DAMN." would most likely be suitable for young adults and any hip-hop lover out there. The album has14 tracks that each have various ranges of beats and melody that distinguishes it from each other. This is Lamar’s fourth hip-hop album and has been receiving various reviews from many online and magazine sources. Online Magazine, Pitchfork, has rated a nine out of ten stars and has considered it  to be a "master … END_OF_DOCUMENT_TOKEN_TO_BE_REPLACED

By Jaynene Moreno |Staff Writer| Kendrick Lamar gives us a peek into his visionary world, with his new album, “Untitled Unmastered.” Lamar has outdone himself with this one, generously releasing the leftover demos of his last critically acclaimed album, “To Pimp A Butterfly." At only 35 minutes in length, it includes eight unpolished tracks, each of them telling their own thoughtful story that lets the listener into the rapper’s mind. It’s definitely a daring move for the artist to let out an album that is completely untouched because auto tune and other various editing software are now offered to make songs completely flawless. Lamar has proven again and again, that when it … END_OF_DOCUMENT_TOKEN_TO_BE_REPLACED

By Lupe Duran |Staff Writer|     Fans spent months responding to Kid Cudi's Facebook and Twitter posts, sharing their anticipation for Indicud, but after the wait was cut short when it leaked days before its set release date it seems they could have waited. Fans can definitely expect a strong album out of Kid Cudi as the overall feel of the album is filled with interesting beats and tempos with Cudi's deep luring voice in the background. Aside from the repetitive chorus lines and hooks that make you want to skip half-way through, you continue to listen because of the well put together beats, which seems to be the most focused aspect of the album. Kid Cudi … END_OF_DOCUMENT_TOKEN_TO_BE_REPLACED

By Mackenzie Viera |Staff Writer| Kendrick Lamar fans, the wait is finally over. The highly anticipated album good kid, m.A.A.d city has been released, establishing it as the highlight of hip-hop releases this year. As a Los Angeles native, who has not only followed but has lived, experienced and grown up with the West Coast hip-hop scene, it's been expected of the west side honcho to deliver his finest work. good kid, m.A.A.d city invites listeners into a particular day living in Compton from Lamar's point of view. The short story starts with a dark, chilling murmuring prayer followed by the synthesized bass evolving into a seventeen-year old Lamar elaborating on his lust for a … END_OF_DOCUMENT_TOKEN_TO_BE_REPLACED