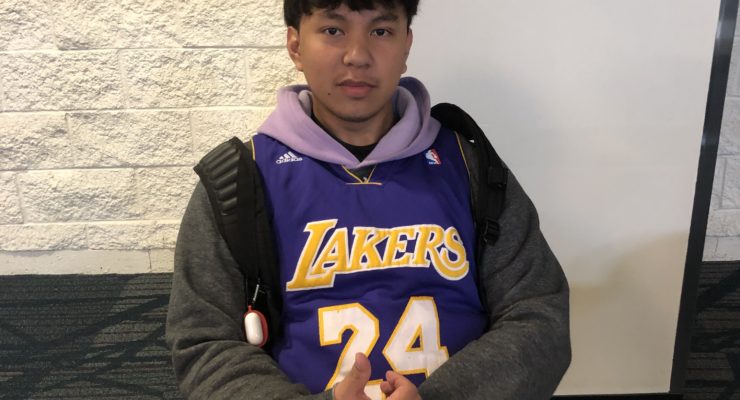 "Growing up he was almost like a father figure to me. I really modeled my mentality around Kobe. He was my inspiration. In a way, he's the closest person that's passed away from me. Kobe was our childhood. Because of him, I've had a lot of opportunities and met many new people. Sometimes his passing doesn't feel real." "I've cried more in the past three days than I have in the past five years. I got the news when I was driving back from Vegas, and I was a mess the whole seven hours of driving. It doesn't feel like it's gotten better, but it's brought a lot of people together. The outreach of love is probably the biggest part that I've seen from this, and it's allowed me to feel better … END_OF_DOCUMENT_TOKEN_TO_BE_REPLACED

By Shelby Hancock |Staff Writer| The Los Angeles Laker's shooting guard, Kobe Bryant faces a third consecutive season out of the game. In their game on Wednesday Jan. 21, against the New Orleans Pelicans, Bryant tore his rotator cuff according to ESPN reporter Baxter Holmes. Bryant, 36, was forced to play the game left handed, ending in a 96-80 loss for the Lakers. In his 19 seasons Bryant averaged a 25.4 points per game. This season Bryant averaged 22.3 points per game according to ESPN. This season Bryant played in 35 games and shot 37.5 percent, far below his career mark of 45.4 percent according to the LA Times. Many coaches started to realize Bryant wasn't playing … END_OF_DOCUMENT_TOKEN_TO_BE_REPLACED

By Javier Rodriguez |Staff Writer| After 19 seasons of NBA play, recent Achilles and knee injuries, and considering the fact that he is 36 years old, Kobe Bryant is still defying Father Time and hushing critics. Most recently named the 40th best player currently in the NBA by ESPN, Bryant is proving that low rating wrong by leading in NBA scoring as he reaches 32,001 career points, which makes him about 290 points away from Michael Jordan's career points (32,292). Skeptics are quick to doubt Bryant's ability. However, Bryant lets the negative talk fuel his drive and ambition. Maybe he wasn't at his best during Friday night's game against the San Antonio Spurs when the Lakers lost … END_OF_DOCUMENT_TOKEN_TO_BE_REPLACED

By Donte Medder |Staff Writer| After leading the Los Angeles Lakers to their worst season since 1960, Coach Mike D’antoni resigned. The Lakers struggled losing 55 of the 82 games in the 2014 season. Injuries to star players such as Kobe Bryant and Steve Nash and many key players missing time such as Nick Young and Jordan Farmar contributed to the losing season. Many felt that D’antoni was never the man for the job. “I am so happy D’antoni left; there was no defense and no leadership,” said junior at CSUSB Taylor Statham. “We need someone like Mark Jackson,” Statham continued. The search for D’antoni’s replacement began immediately according to Lakers General Manager Mitch … END_OF_DOCUMENT_TOKEN_TO_BE_REPLACED

By Brandon Landrum |Staff Writer| The league’s best Indiana Pacers defeated the Los Angeles Lakers 104-92 on Tuesday, Jan. 28. The Lakers hosted the Pacers at the Staples Center in Los Angeles, after returning from their yearly GRAMMY Trip where they went 2-5. The GRAMMY road trip usually consists of a seven game road trip that the Lakers take every year in the month of January due to the Grammy Music Award show taking place inside the Staples Center. Each game makes an influential mark on each of the players that are on the team. The Lakers although have been riddled with injuries all season, Kobe Bryant, Steve Nash, Steve Blake, Xavier Henry, and Jordan Farmar have been among those … END_OF_DOCUMENT_TOKEN_TO_BE_REPLACED

By Erin Leach |Staff Writer| Social media blew up with comments and concerns for one of the greatest players basketball has been blessed with. Many were devastated when Kobe Bryant of the Los Angeles Lakers was injured this past week.   Some may say tweets from fans like “Pray for Kobe” seemed like an obsession gone wild from an overzealous, over invested fan pool, but inspirational figures like Kobe provide something positive in the lives of a generation that has been deemed to be economically and socially troubled in the coming years.   I would argue that an obsession with Kobe or his counterparts doesn’t necessarily mean a disinvestment in those other areas. … END_OF_DOCUMENT_TOKEN_TO_BE_REPLACED

By Jessica Bracamontes |Staff Writer| Lately, the city of Los Angeles has been on top of the sports world, with the Dodgers, Lakers, Clippers, and Kings making noise in their respective sports. The hype from these Los Angeles teams has made its way to CSUSB, as the Coyotes cheer on and support their favorite local sport teams year round. Student Valeria Barragan is an avid Dodgers fan who attends multiple games each season and is convinced that this season will be quite successful for the boys in blue. “Los Angeles Dodgers are doing extremely good this season with a 24-13 record so far. With their new ownership, it gives the team the motivation to focus more on the game,” said … END_OF_DOCUMENT_TOKEN_TO_BE_REPLACED

By Spencer Hirsch |Asst. Sports Editor| In a game seven, with everything on the line, Kobe took Lakers nation by surprise: he trusted his teammates, throwing pass after pass after pass, picking up eight huge assists in the team's 96-87 victory over the Denver Nuggets. His teammates did not let him down, as they made big shots in big moments, led by veteran point guard Steve Blake, who undeniably had his best game in a Lakers' uniform. Blake scored a playoff career-high 19 points, going 5 of 6 from beyond the arc. Metta World Peace followed Blake's lead, scoring 15 points, 12 of which came from his four 3-pointers.  More importantly, he shut down Danilo Gallinari and Andre Miller to … END_OF_DOCUMENT_TOKEN_TO_BE_REPLACED

By Spencer Hirsch  |Asst. Sports Editor| The suspension of Metta World Peace, who reverted back to the Ron Artest of old last Sunday, creates uncertainty for the Lakers in their opening round playoff matchup against the Denver Nuggets. For those who did not see it, Peace ripped his elbow into the side of Oklahoma City Thunder's James Harden’s head. He was ejected from the game and received a seven-game suspension from NBA Commissioner David Stern, six games of which remain, as the Lakers begin their first round series Sunday at 12:30 p.m. The suspension puts the team’s championship aspirations in an uncertain state, at least for the first round. First, Lakers fans are … END_OF_DOCUMENT_TOKEN_TO_BE_REPLACED 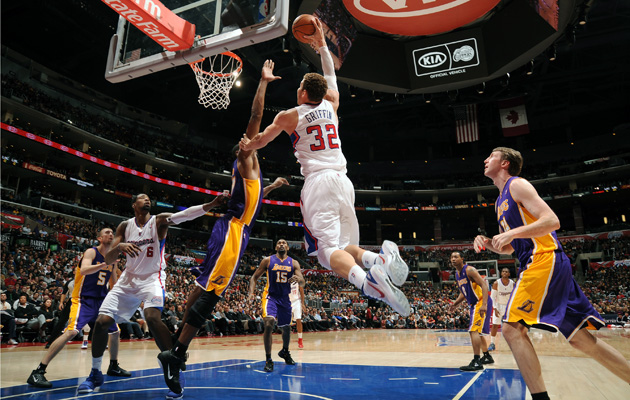 By Katherine Valadez |Staff Writer| Until now, L.A. has really had only one basketball team. The Lakers have always run the show, attracted the celebrities and made L.A. traffic even worse with their championship parades. It’s always been about that purple and gold, not whatever colors that other team in L.A. has on their jerseys. The Clippers really were more like a “half” team. They were just the cheaper option for L.A.’s basketball fans to see a live basketball game without having to pay over 100 bucks just to sit in the nosebleeds. But this season, Los Angeles has started to notice that not one, but two NBA teams play at the Staples Center. That fact alone shouldn’t be … END_OF_DOCUMENT_TOKEN_TO_BE_REPLACED