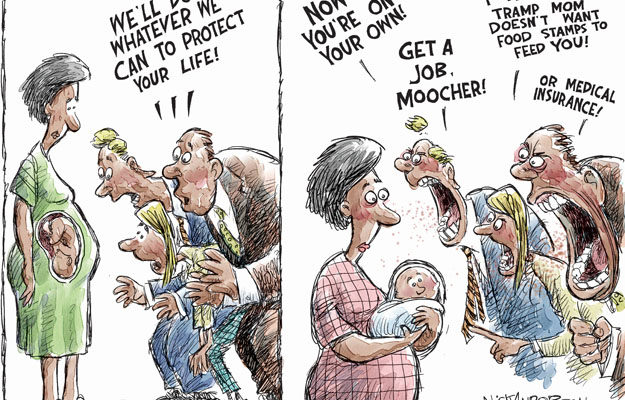 The controversy stirred as news broke that Georgia, Missouri, Kentucky, Ohio, Mississippi and Alabama all signed abortion bans. These bills got signed at the hands of the GOP, and their goal is to eventually overturn Roe v. Wade, and with the Supreme Court majority being conservative, this is a real fear many women are facing. Five of the six states signed the “heartbeat bill” which means abortion is no longer allowed once a heartbeat is found. That could be as early as six weeks. That is usually the time a woman realizes she’s pregnant in the first place. Essentially, this bill forces women to carry out the pregnancy. Alabama leads the way with the 25 men voting in favor of the … END_OF_DOCUMENT_TOKEN_TO_BE_REPLACED