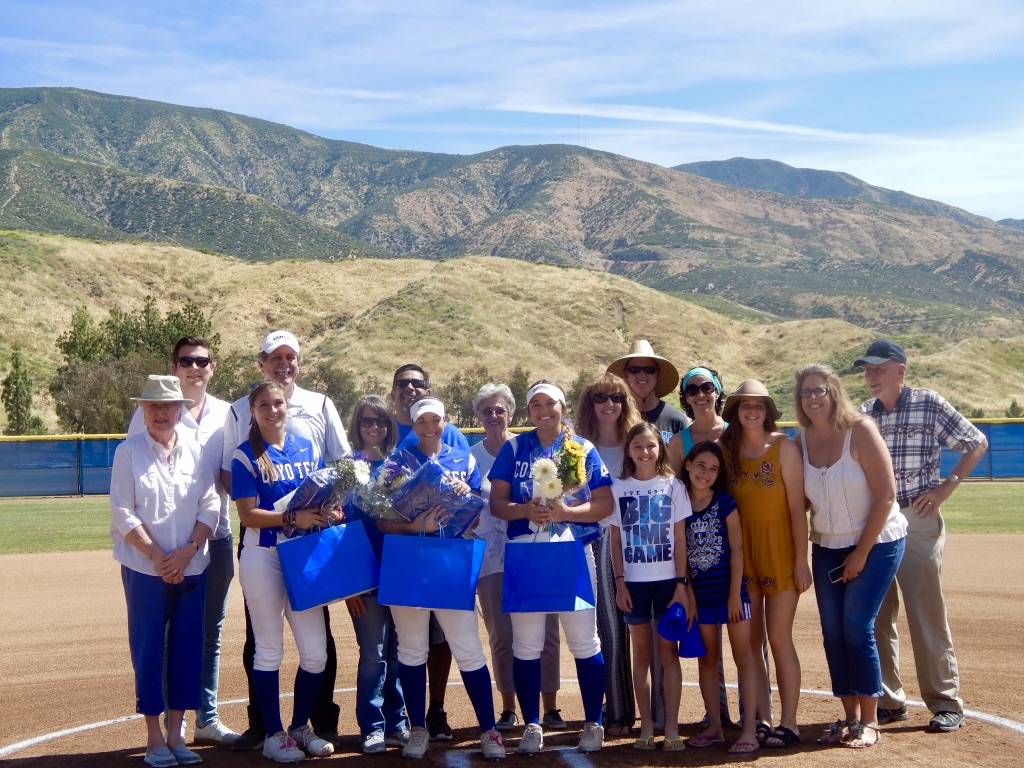 By Alexis De La Cruz |Staff Writer| The season is over but there are no tears for our Coyote softball players. Seniors Cassandra Williams, Jessica Angulo and Caelan Smith keep their heads high after their historic season. “It was honestly the best season I could have asked for my senior year. Going to Regionals and going to the CCAA tournament was the best feeling. Last year we came half a game short, so to come back and see that all the hard work we had done paid off was a great feeling,” said outfielder, Smith. The Coyotes came in a close second this season and earned the second-best winning record in school history. Their trip to the CCAA tournament was the team’s first time … END_OF_DOCUMENT_TOKEN_TO_BE_REPLACED

By Lauren Jennings |Sports Editor| The Coyotes softball team split their four game series against the Cal State East Bay Pioneers, winning two games and losing two. Games one and two of the series took place on Feb. 12. In game one of the series, the Coyotes were shutout and only managed to get two hits over six innings. Designated hitter Caitlyn Olan and shortstop/second baseman Taylor Ancona recorded the only hits of the game. The Pioneers, however, scored one run in the third inning on a sacrifice fly, one in the fifth on an error, and six in the sixth, giving them eight runs total. The Pioneers scored their six runs on a two RBI double, a single, a double steal of … END_OF_DOCUMENT_TOKEN_TO_BE_REPLACED